Windsurfing in the Remnants of Hurricane Ophelia, West Wales

What a day!! The remnants of Hurricane Ophelia were on their way to the British Isles. Ireland was about to get hammered and the West Coast of Wales was going to take a beating too. The weather first thing in the morning was mad. At 7am when we went outside it was properly warm. At 22.4ºC it felt like an early morning in Egypt rather than an October morning in Wales. It was still dark but incredibly warm and the NE wind was already gusting close to 50 knots. Here’s the live weather overview from the Borth and Ynyslas Weather Station at 8am this morning. 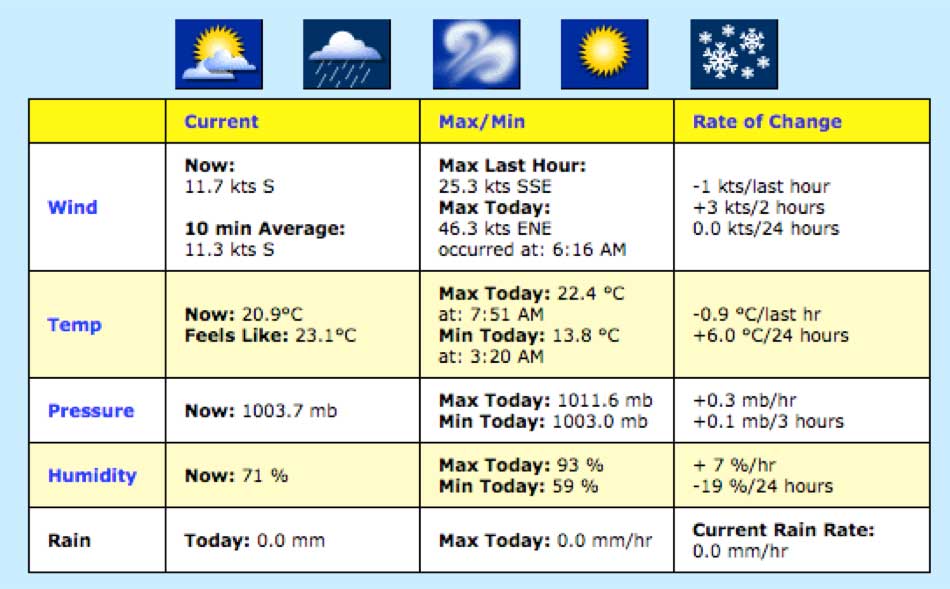 Weather Report at 8am

There was a strange burning smell to the air as well.

The remnants of Hurricane Ophelia were sucking in hot air from the continent and the Sahara. There have been huge forest fires sweeping across central Portugal and west central Spain over the weekend, killing at least nine people and filling the sky with ash and smoke. The remnants of Hurricane Ophelia have picked up dust and ash particles from these and carried them towards us, hence the smell of burning in the air.

I popped into Borth at around 10am, the front of the camper was covered in dust and there was a feeling of dread in the air. There was an amazing orange glow and a strange light bathed the dunes and beach. 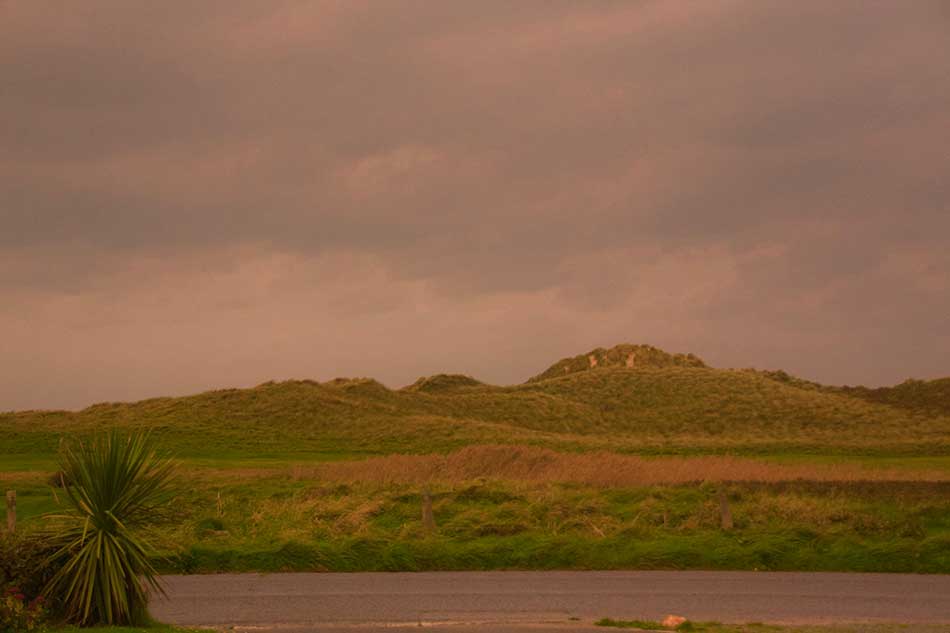 Dunes bathed in light from a Hurricane Sun

The dust drawn in on the southerly winds had created clouds that made the sun glow bright orange. It was quite dark for the time of day and there was an eery silence. It felt a little like the beginning of an eclipse and the people of Borth seemed oddly perturbed by the whole thing!

People were rushing around and speaking in hushed tones. Some were asking ‘what’s happening, what’s happening?’ I did try to explain it to one or two of the more vocal locals but they seemed to disturbed to listen so I left them to their frantic texting and questioning.

Windsurfing in the remnants of Hurricane Ophelia

The wind was forecast to swing around to the south and then SW later in the day with wind-speeds peaking at around 50-60 knots at about 6pm. I was hoping to get out for a windsurf. I left it until about midday by which time the wind was increasing and had swung to the SSW. It was very gusty though and the waves were increasing in size too. I headed over to the beach to check it out and then went over with my windsurfing kit. The weather station was still only reading around 25 knots with 30-35 knot gusts but out on the sea it was much more than that. The sun was shining, the wind was blowing the air temperature was still up around 20ºC and I had the day off. It could be the perfect windsurf session.

Once on the beach I decided to rig the smaller of the sails I had taken across as it looked pretty mad out there. My 4m sail was looking a little worse for wear as the mice had been at it a few years ago. It should do the job though so I rigged it along with my little wave board. It was certainly blowing a hoolie out there by now with spray being whipped off the tops of the waves and the whole sea was white with spindrift. A couple of dog walkers were struggling against the wind on the beach and not making much progress.

Once rigged I double checked my kit and then carried it to the waters edge. Hanging onto it here was difficult. As gusts hit the rig and board thrashed about, the board flipped over in the air and spun around trying to escape my grip. It felt like I was wrestling a crocodile and just had to hang onto the rig as it tried to break free from my grip. And before you ask, as I’ve said before, yes I have wrestled a crocodile – a 14 foot Nile Croc to be precise – so I do know how it feels!

I headed out into the water and jumped on my board. At first there was plenty of wind to get me going, but as I hit the main impact zone there was a massive S-N flowing current and I dropped off the plane. There wasn’t enough wind to get going here and I was smashed about by the raging white-water. I hung onto my kit and managed to make it back to the beach ready for another attempt. The wind was super gusty, not ideal for such a small sail. Once again a big gust tried to rip my kit from my hands. It lifted the board up into the air, dragged my sail and me with it and then dumped us down into the water.

I had a few more tries but it was just too much. The massively gusty conditions made it hard to predict what would happen. I was getting thrown all over the place. The current took me off the plane in the lulls and I was lifted clean out of the water in the gusts. Keeping the board going and under control was a nightmare. Every 10 metres or so further out to sea that I went the wind was stronger too so I didn’t want to venture out too far. Out beyond the waves it looked crazy. Jumping off the waves was fine but control in the air was a little haphazard. Gybing was quite a handful too. Needless to say I didn’t stay out long. Sometimes you have to know your limits and the conditions were certainly pushing them for me today.

I’m happy to be able to say that I windsurfed in the remnants of Hurricane Ophelia though and not at all ashamed to admit that today Ophelia had the upper hand!

Safely back at home the weather station had only recorded gusts close to 50 knots while I was out there – It certainly felt like quite a bit more than that on the water though.  It is now time to start weather watching as the forecast is for things to really start kicking off anytime soon.