Saturday turned out to be a lovely day here so we had some summer fun at home. My parents were here and Morgan had a friends staying over. We started the day with some fun on the beach. Morgan and James were out playing on the SUP while I paddled on my surf ski. My parents sat on the beach and Anna came over to watch too. Morgan and James were a little put off my the huge numbers of compass jellyfish in the water at first but soon forgot about them.

After playing in the sea for a bit they built sandcastles and played in the sand. We’re not sure what they were up to but a small pile of wet sand seemed to keep them amused for ages!

Back at home for lunch and then we spent the afternoon chilling in the garden. 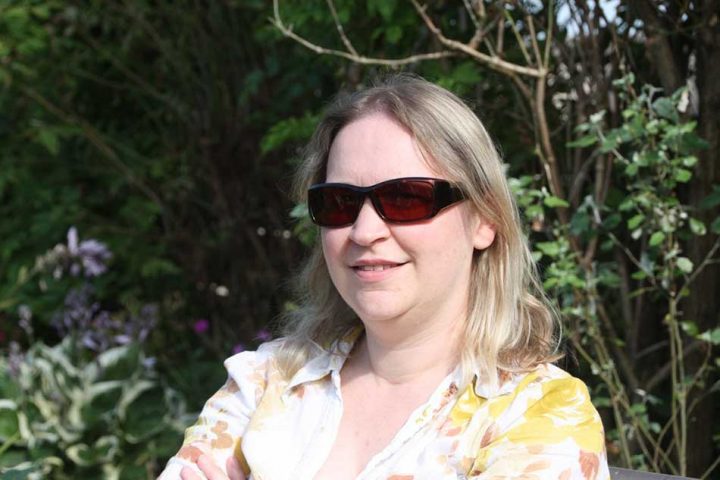 Anna Chilling in the Garden

Another of Morgan’s friends, Ollie, came over and the boys played in the garden. They put up a tent ready for them to camp in over night. 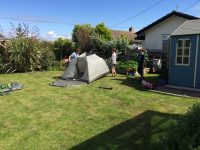 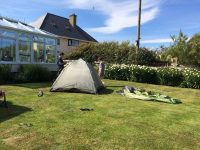 Putting up the Tent 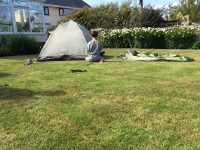 I put up the slack-line and they played on that. They spent more time jumping over it than balancing on it though.

They played on the trampoline and played with balls in the garden. They even got the unicule out for a while but didn’t manage to stay on it. My Dad was up to his usual silliness. 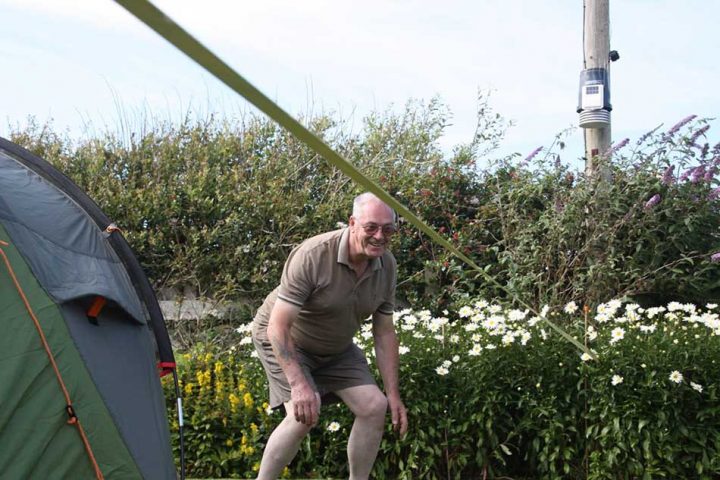 We found this photo funny though. It’s actually my Dad getting up off the grass, but it looks more as though he has just fallen off the unicycle! 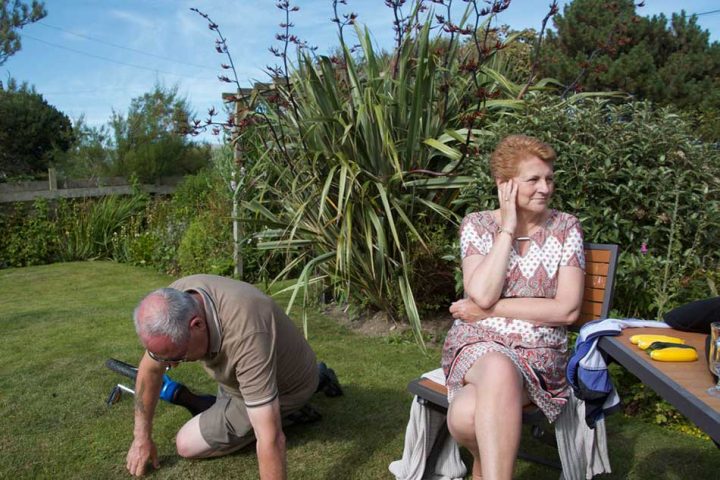 Oldies in the Garden!

The weather was just perfect. Warm, still and dry. Barely a cloud in the sky and no annoying midges either. Just skylarks singing high overhead and swallows swooping around eating our bees.

The boys were taking photos and videos of each other too and Morgan took this photo of a football which I quite liked. 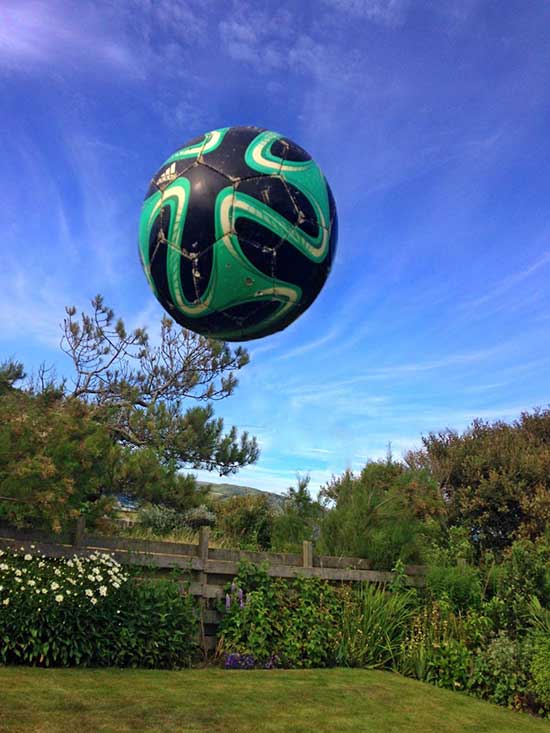 All in all it was a pleasant day having some summer fun at home.