Beer Subscription – I can’t decide which I like best! To be honest, I ‘like’ all of them but have been trying to work out which is the best value for money and best all round package.

A beer subscriptions work in a similar way to any other subscription and how wine clubs have operated for years. You pay a monthly (or in some cases a period of your choice) subscription and then every month a box of beers arrive on your doorstep. It’s a good way of trying a wide selection of craft beers without the anguish of having to choose them yourself.  They generally come with some tasting notes and background on the breweries too so you can pretend to be knowledgeable about such things… Although I think to really pull off that illusion I’d have to grow a big manly beard too. 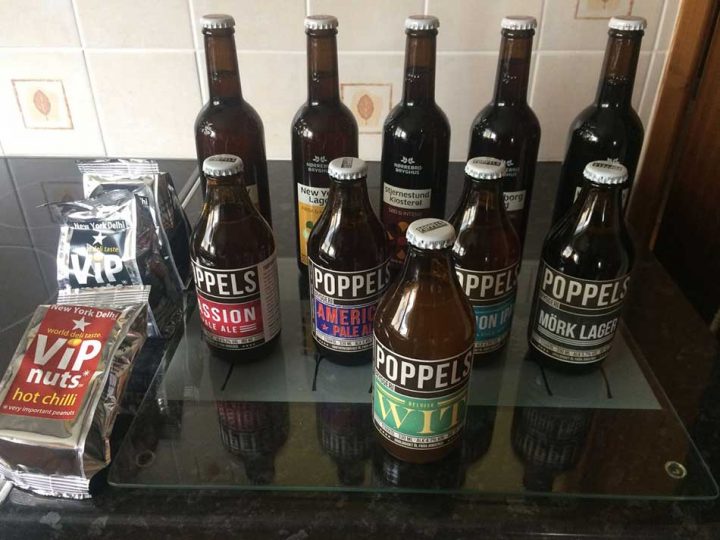 Why a Beer Subscription?

Well, for a start it’s not as poncey as wine. Secondly although we like wine we can never really taste all of the supposed nuances and flavours that are supposed to be evident in them. To us it always just tastes like wine. Admittedly there are some wines we like better than others but they all taste fairly similar to us. Beer on the other hand has a massive variety and they all taste different. I can really taste the citrus flavours in some as it dances lightly on your tongue and the deep, soothing chocolate and treacle flavours of pure black stouts linger for ages. Some are a little spicy, some light and refreshing and others deep and warming. Each have their place, they are all nice and some are quite a surprise.

I’m certainly no expert and I couldn’t even tell you what type of beer is my favourite let alone which specific beer. I don’t think anyone can have a favourite beer really as it all depends on the situation. The weather, your mood, the time of day, what you’re doing and whether or not it’s with food all make a difference to what beer is best at any given time. So, having a nice selection to choose from thanks to a beer subscription is ideal.

Having a beer subscription also takes away the supermarket information overload syndrome. You know what it’s like, you want some beers so you go to the supermarket only to find a whole isle full of craft beers. There are few old favourites that you recognise and a plethora of other shiny bottles with attractive labels on them. Trouble is there are just so many that you don’t know where to start. Maybe indecision is an age-related thing as I can’t decided if I want a dark stout, a pale ale or something else let alone which of those I want. I stand there for ages looking at them as if blinded by the choices. In the end I generally head home with something that I know will be OK, an old favourite that I’ve had before but nothing too exciting. 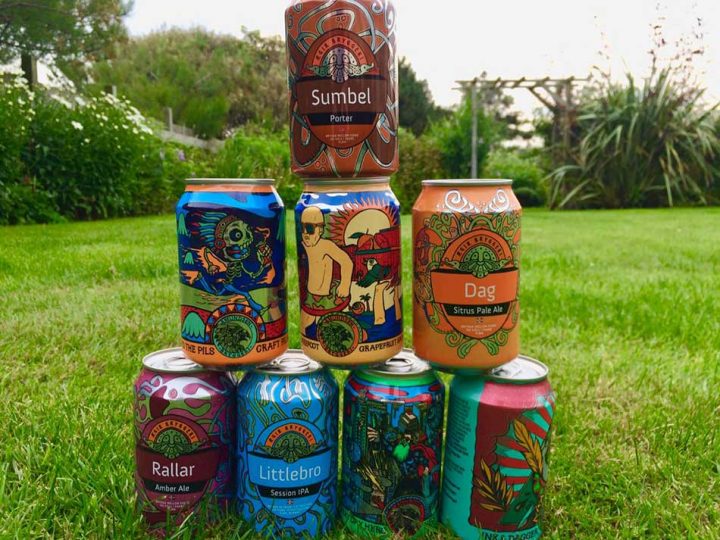 A Beer subscription on the other hand adds some excitement to my life. I don’t have to deal with the information overload syndrome, I don’t have to deal with the supermarket at all. Someone else has taken care of all of that for me and once a month an exciting box arrives on the doorstep. Opening parcels is always exciting and inside I find 8 or 10 little wonders. Bottles shining like jewels or cans gleaming like silver each with its liquid contents ready to excite my senses. I don’t know what they’ll be or what I’ll have but each one will be a little surprise to add some excitement to my day.

With some subscriptions you can of course pick and choose should you want but for me that takes away the fun. I’m hoping that the people who put together the boxes know a little more about craft beers than I do and therefore send me a suitable selection. Some beer subscriptions have different plans, a dark box, a light box or a mixed box say. I always choose the mixed box – partly due to the fact that I can’t decide which of the others I’d prefer and partly because I enjoy the variety.

So, which beer subscription should I choose? That I don’t know as indecision seems to be my general state of normality these days. There are lots out there and most seem to offer high quality beers from a good selection of craft breweries around the world. Some offer ciders or even gin subscriptions too, but for now I’ll stick with the beer. Prices vary considerably from £2.50 per bottle to £4 a bottle with most around the £3-£3.50 mark. Some have extras that come with each box and some have more options to choose from or the ability to customise your box to your preferences. Some offer exclusive club member offers and benefits, and some have online tasting notes where you can rate the beers you receive. These ratings are then supposed to be used to tailor the beers you get in subsequent boxes but to be honest I think that’s untrue as it seems as though you generally get the same however you’ve rated previous beers.

Two of my favourites are Flavourly and Beer52.

Flavourly.com offer boxes at your chosen frequency at £25 for 10 beers. The boxes come with a thin magazine called ‘Flavourly’. This has a few interesting articles and some tasting notes. Unfortunately the beers in the magazine often don’t match up exactly with the beers in the box. The same was true of their online rating tool. The beers that I received in the box often weren’t listed in the online rating tool so I couldn’t rate them. The beers you receive are supposed to be personalised to your tastes but as I was unable to rate the beers this didn’t work. I should take a another look at the rating tool as this may have improved, but it didn’t work when I checked it a few months ago and there was no response to our emails or Facebook messages about this from Flavourly, so we weren’t too impressed with the after sales service either. However, the beers have all been good, the variety is top notch and the price is the most competitive of the bunch.

This is a fairly new one for me but Beer52 offer a box of 8 beers for £24 a month. The box comes complete with a free snack and a 100 page ‘Ferment’ magazine which has a cover price of £4.99. The magazine has a good selection of articles covering a wide range of beer related topics including brewery profiles, news and views, and home-brewing topics too. Their website seems good and you can earn ‘taster points’ by reviewing beers, buying things and recommending friends. These ‘Taster Points’ get converted to prizes as you collect more of them. The online rating tool seems to work too. So far, the beers available for me to rate have been the exact beers I’ve received in my box. These rating aren’t used to customise your next box, but each rating does give you a couple of taster points. You can however choose between a ‘Mixed and Surprising’ box or a ‘Light and Hoppy’ box – no prizes for guessing which I choose. There is also an option to suggest a beer you’d like in your box. I’ve tried this out to see if it works.

All things considered, although beer for beer it’s a little more expensive than Flavourly, if you like the magazine and the extras then a Beer52 subscription may work out to be the better deal. Better still they do a refer a friend deal. If you refer a friend and they sign up for a Beer52 beer subscription, not only will the friend get their first box half price but I get a free box too. So, give it a go and sign up now, you’ve got little to lose. It works out at just £1.50 per beer for your first box which comes complete with a free magazine and a free snack and you can cancel at any time. Use this link for the discount: https://www.beer52.com/join/119882/53ee19da8665fe4d