Hannah, one of the girls that is working with Anna at the moment is Vegan. She is always saying that she can’t find many vegan cake recipes as most cakes contain eggs. We get on well with her and wanted to treat her to some home made cakes so I decided to modify my Oaty Banana Muffins recipe to make them vegan muffins. It didn’t take much modification really. I’d already omitted eggs from the recipe as the mashed banana’s seemed more than capable of filling that role. All that was left to replace was the melted butter with something not from animals. That was easy too. I’m sure just vegetable oil would have been fine but we bought some Trex instead which is a dairy-free butter replacement made from vegetable oil. 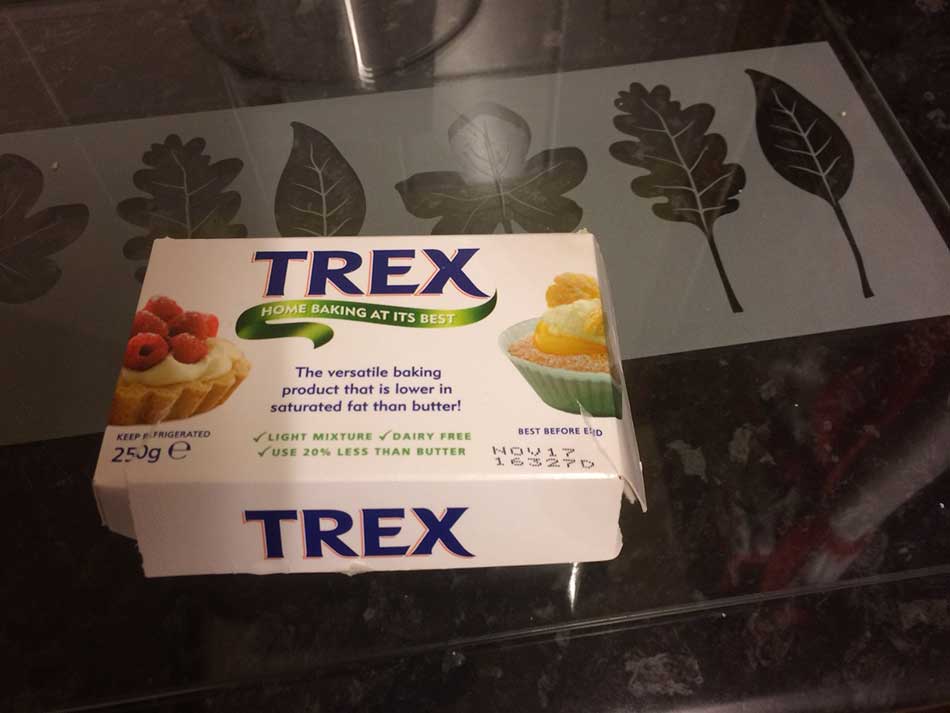 Other than that, the recipe was just the same and the muffins turned out perfectly. Hannah loved them and can;t wait to make some for herself. The other girls in Anna’s office who all tried one vowed to make some that very night. By the time I went to Anna’s office later int he day I was (affectionately I hope) known as ‘The Muffin man’. News spread fast though and everyone wanted one and the following day Anna was getting emails from people who were off sick saying that they wouldn’t be in but if there were any of Alan’s muffins left he’d have one of them!
Here’s the full amended recipe for my Vegan Banana Muffins. 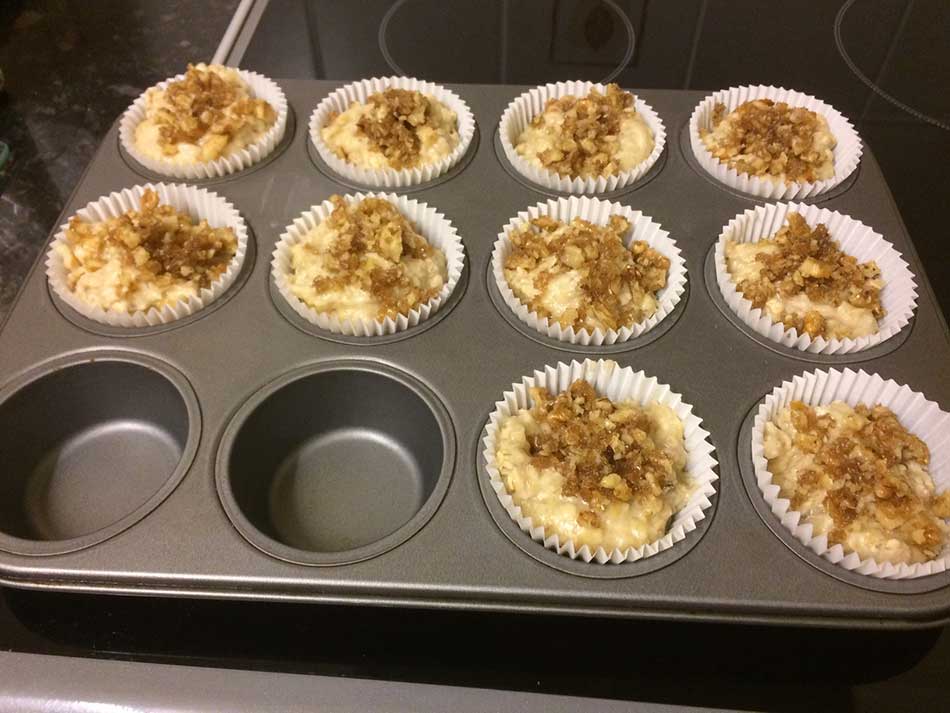 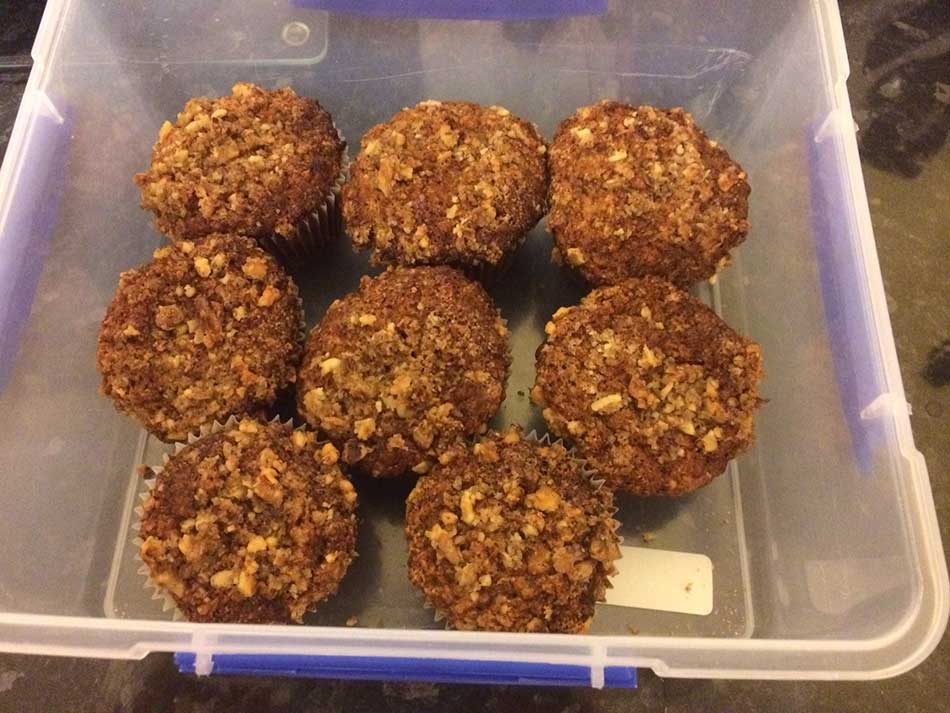