Would you believe it, after all these years (150 million or so to be accurate!) Archaeopteryx is in Aberystwyth.

Archaeopteryx, which had a 1m (3.2ft) wing span, is believed to be the link between prehistoric dinosaurs and the modern bird. It’s fossil, one of only 12 found is being displayed in the Old College from 14 February until 21 April. The Archaeopteryx exhibition is complemented by fossils from the university’s own collection. The display is funded by a Heritage Lottery grant, geologist Dr Terry Adams and the physics department outreach fund, with the fossil on loan from National Museum Wales. 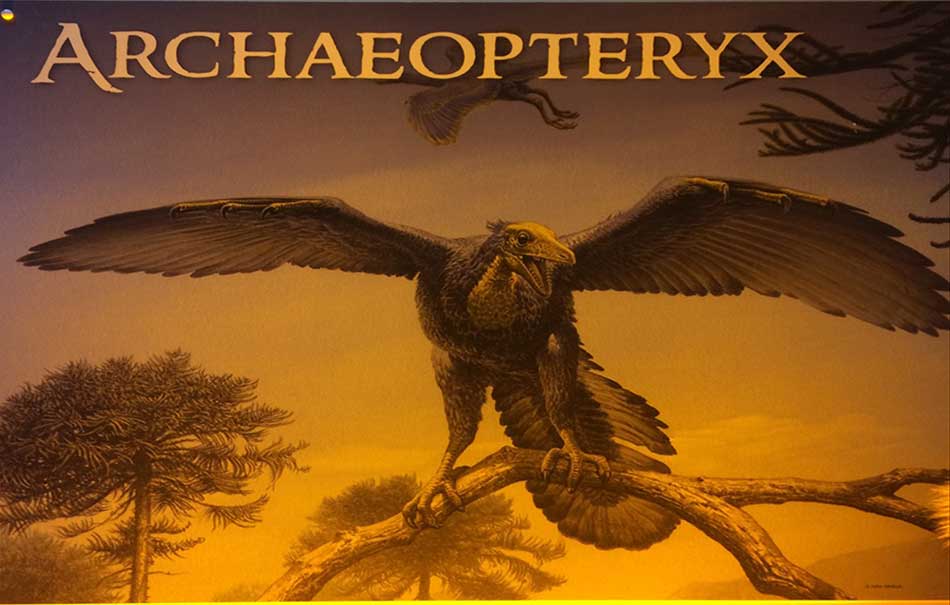 Iolo Williams was at the Old College for the official opening of the exhibition. The Aberystwyth Silver Band and therefore Anna were there to mark the opening too, so we spent a couple of hours there as a family outing. I’d been working from home all day so caught a lift into town in the afternoon and met Anna and Morgan. We were going to look at carpets for Morgan’s room but the shop was closed. Subway was open though and very busy as they were having a Valentines Special ‘Customer Appreciation Day’ – Free Subways for everyone if you bought a £1.40 drink. Morgan has a thing about Subway and we couldn’t resist a bargain so we did battle with the crowds and the mess and had dinner there. We then went to the altogether nicer and more chilled Coffee#1 for coffee and teacakes.

With some time wasted it was almost time for the opening of the exhibition so we headed to Old College where Anna got set up with the band and Morgan and I wandered around for a bit. The exhibition itself wasn’t open yet but there was a large animatronic dinosaur in the main hall and the place was filling up. As ex-geologists in Aberystwyth we obviously knew many of the people there. Loads of our old lecturers, supervisors and colleagues were there and plenty of other non-geologists too. In fact I’ve never seen Old College so busy. I’m not sure if the draw was the free drinks and nibbles, the fossil of Archaeopteryx or the celebrity presence of Iolo Williams. 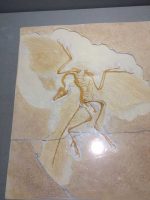 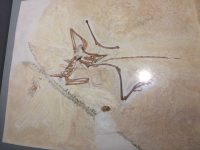 After a while, as the band got ready to play we all piled into the Seddon Room for Iolo’s Q&A session for the children. There simply wasn’t enough room for everyone and Iolo himself was moving furniture and setting out chairs so as to fit as many people as possible in. The Q&A session then got underway with a few little anecdotes from Iolo and then questions from the children. Iolo was a really good speaker, entertaining both the adults and the children and managing to make his answers to even the most mundane questions interesting. 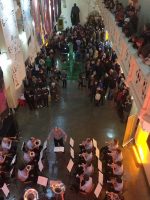 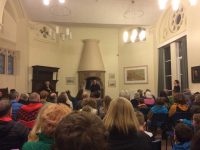 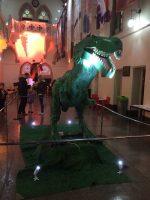 We then headed back out into the main hall where the band was playing. Morgan and I wandered around, took some photos and listened to Anna’s solo on her soprano cornet – It sounds really good! We mingled a little bit more, took another look at the exhibition and then when the band had finished we started heading home. It would have been nice to have gone to the ‘Ask and Expert’ session later but Morgan had had enough by then and it was a school day tomorrow.