We broke with tradition this year and put our Christmas decorations up a day before my birthday. We usually wait until after my birthday but as it was the weekend and we had little planned for Saturday we decided to get them out a day early this year. Not only that, but we put the Christmas tree in a slightly different place and we had some new decorative, light-up presents to go under the tree too. Talk about adventurous hey, Christmas decorations a day early and in different places to usual. 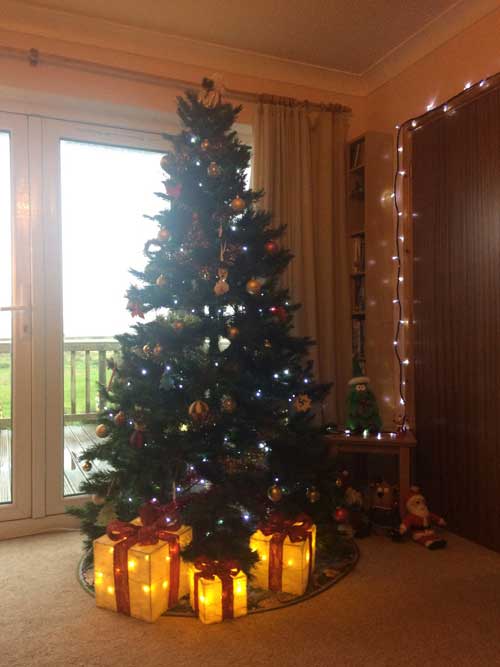 Having braved to break with tradition with the tree, we really let loose. Rather than the usual net of lights in the window (which are a hassle as they get in the way of letting the cat in and out) we decided to hang Santa in the window instead. 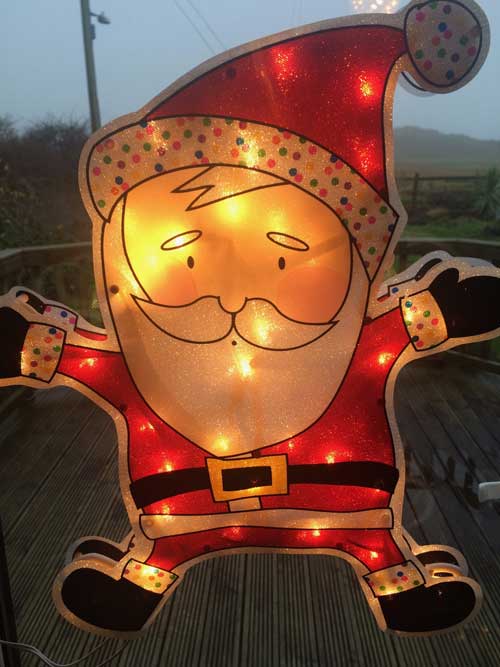 Santa in the window

This meant there was room on the corner table for our large Christmas Tree Lantern that we had made for the lantern parade. It seemed a shame to just throw it out so after a few minor modifications and repairs it is now in the living room. 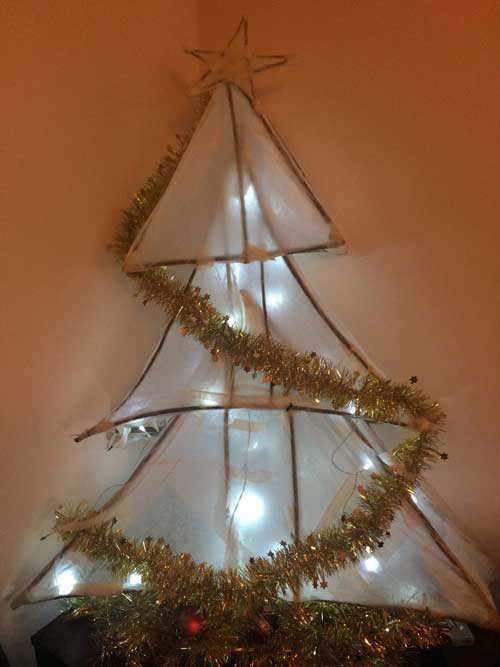 Elsewhere we stuck pretty much to the usual locations for things. 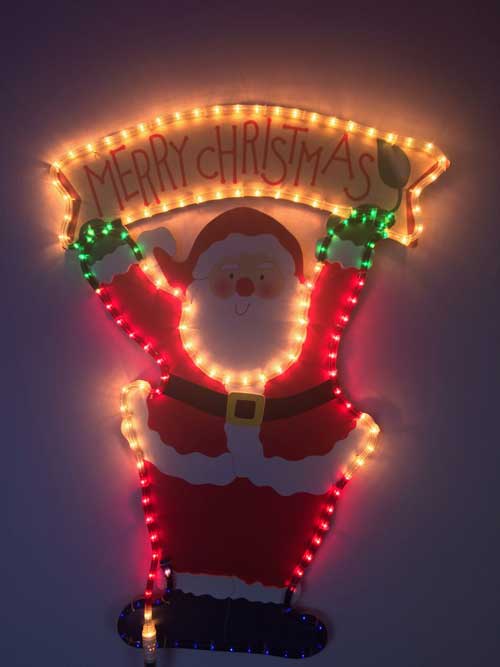 We did decide that the icicle lights that usually go around the deck were now a little old and tatty so we didn’t put them out. Instead, we went shopping on Sunday and bought some new outdoor lights, we also talked ourselves into a wreath for the front door and a new snowman with extendable legs for the hall.