It’s been a while since I’ve been up in the hills. We have been there for walks with the Scouts, but we haven’t even been out blueberry picking this year for a change. The arrival of a new bike changed that though on Sunday when I had a bit of Trail Fest at Nant yr Arian.

I collected my new Whyte 901 hardtail from Cyclemart on Saturday evening so couldn’t wait to get out on it. It’s a little different to bikes I’d had in the past. Larger wheels, wide bars, a relaxed geometry and 1×11 gearing all point towards fun on the trail rather than out and out hardtail performance. 130mm of travel helps with that too. This is all part of my new emphasis on enjoying life, entering events for the experience and having fun rather than trying to break PB’s and beat everyone! Hopefully the right tool for the job will slow me down and give me chance to enjoy the ride rather than going for Strava segments. It’s a nice colour too! 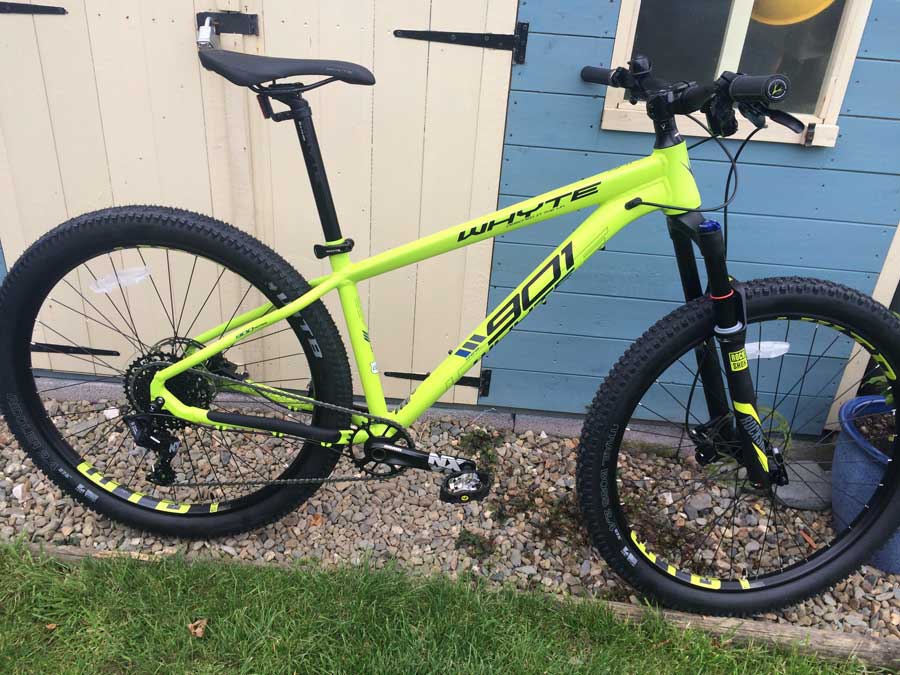 The first ride for my new bike was the Summit Trail starting from Pendam. I was soon feeling at one with the bike and it’s weird how you can instinctively know what the bike can cope with and how far to push it. I was taking different lines to what I would on my smaller wheeled bikes and riding in a different fashion. Somehow your body just knows what the bike can do so it gives you more confidence in some areas whereas in others you know to take it easy.

I should rephrase that really, it should say ‘what the bike can do with me onboard’ as clearly it is capable of much more than I can make it do but you know what I mean. It certainly seems to flow really well though and does inspire confidence, even for someone who hadn’t been on a MTB for a while. It wasn’t the fastest up the hills though but that’s not what it’s for so I was expecting that. The nice wide bars help with handling and the 130mm of travel soaks up the bumps. The 1×11 gearing might take some getting used to though as I seem to run out of gears at the top end and will probably do so at the bottom end if things get really steep too. There’s also quite a lot of shifting involved when going from uphill to downhill and vice versa as you can’t just change to a bigger chainring for a wider gear change. I’m sure I’ll get used to it though and it does keep things simple.

I had fun out there though and that’s what it’s all about – and my new bike was now muddy. 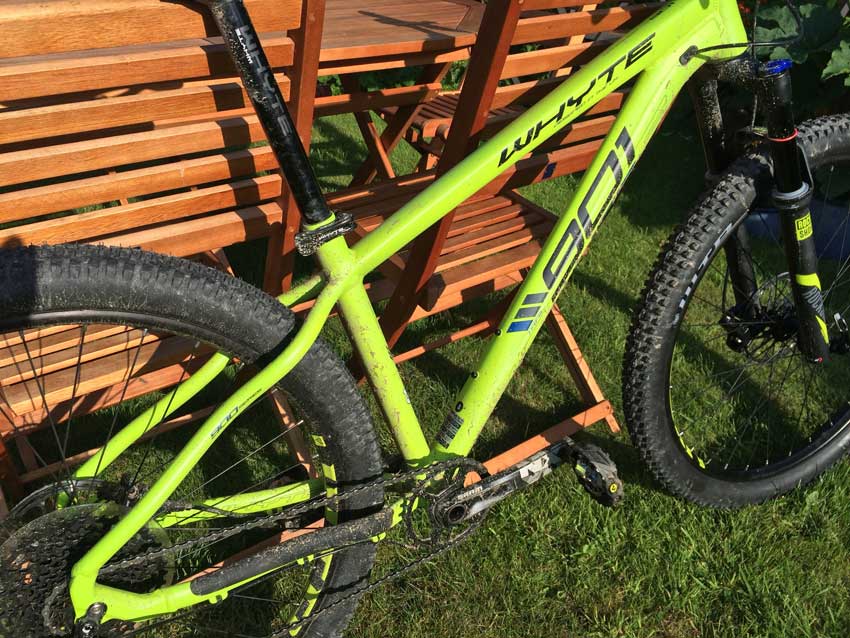 After the bike ride I donned my running shoes and headed off for a trail run. I ran from Pendam down past Llyn Blaenmelindwr and then started following a blue way-marked running trail that took me up over a big hill and then back down towards Llyn Syfyddrin. I’d never taken a look at the running trails at Nant yr Arian, so didn’t know where it would go, nor how long this trail was, so I took things at an easy pace just in case it ended up being a really long route.

From Llyn Syfydrrin it took me up the hill towards Pendam and then back around the top of Llyn Blaenmelindwr and back up over the hill that I’d done earlier before descending down to ‘Spaghetti Junction’. There was then more climbing up throuhgh the woods to the ridgetop trail to the visitor centre before it ran along the miners trail and leet back to Spaghetti junction. With the entire blue ‘Y Fuwch’ route completed I headed back around Llyn Blaenmelindwr towards Pendam and my car.

Not a bad start to the day and the sun was now coming out. So, following my Sunday morning Trail Fest it was time to head to the beach for a 5 star windsurf session.