One of the main reasons for our North Wales camping trip was to visit Portmeirion. Anna and I had want to go to Portmeirion for a while and Morgan had been enthused with the idea after hearing that the Italianate village was apparently a hotspot for rare PokÃ©mon. We therefore and pleasant, relaxing day soaking in the atmosphere, and PokÃ©mon hunting in Portmeirion. 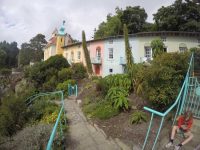 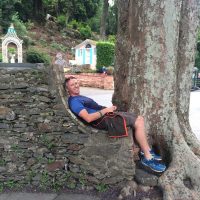 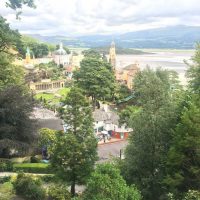 We soon got into the swing of things, strolling around the unique architecture of the Italianate village that clings to the steep hillside overlooking the Dwyryd Estuary. 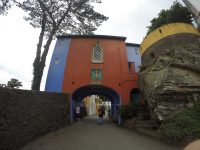 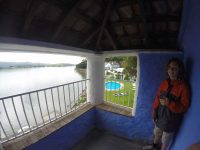 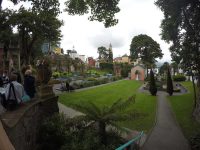 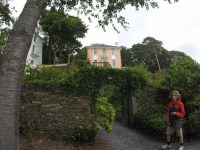 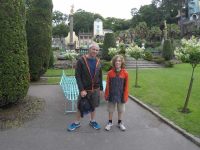 We admired the buildings and quirky layout, sat drinking coffee in an Italian square, ate pizza and panini’s for lunch, walked along the coastal paths, took a ride through the woodlands on the land train, perused the shops, sat enjoying the gardens and ate gelato ice cream cones. 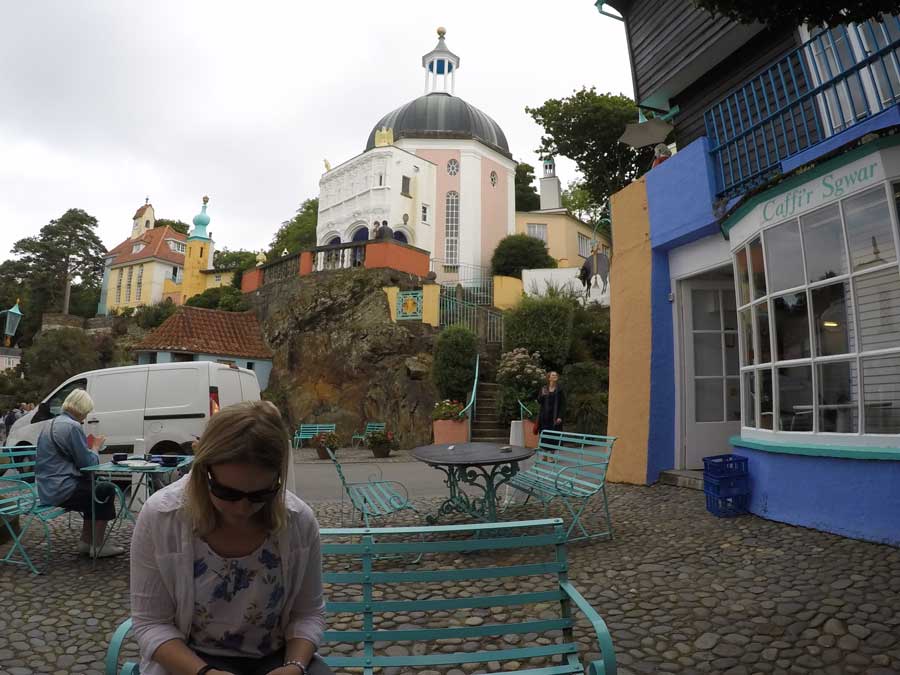 All the while we were searching for PokÃ©mon and gathering PokÃ©mon supplies from the numerous PokÃ©stops. You’ll notice in all the photos that Morgan is holding my iPhone, collecting PokÃ©mon as we go. I think he was taking in the sights of Portmeirion too though.

The village itself is a tourist village designed and built by Sir Clough Williams-Ellis between 1925 and 1975 in the style of an Italian village. It clings to a steep hillside and in places looks as though it is built into the rock itself.

Built into the Rocks 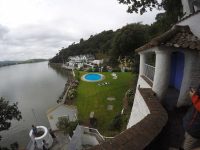 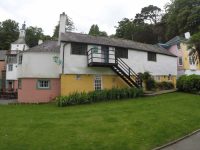 The whole place is lined with cobbled streets and filled with interesting statues, follies and buildings. 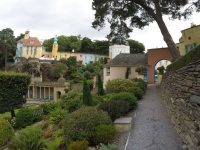 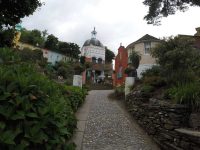 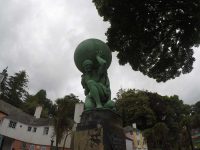 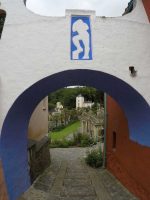 The gardens are nice too with fountains, pools and ponds and plenty of well manicured trees and borders. 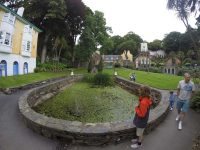 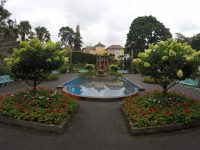 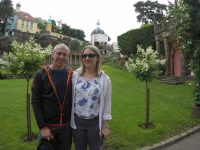 Every inch of Portmeirion is well kept and not only is there something new around every corner, but the views and points of interest change whichever way you look. Every angle seems to reveal something new. 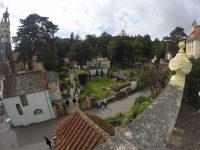 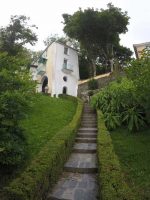 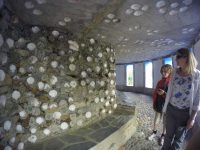 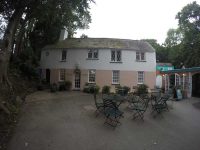 The walks are short and easy but take you away from the village into the surrounding woodland where there are hidden pagodas, bridges over woodland ponds and views of the estuary.

All in all it was a very enjoyable day out and very relaxing too.

We’d heard that Portmeirion was supposed to be a hotspot for rare PokÃ©mon, something that had encourage Morgan to want to go there. I wasn’t sure how much of this was marketing propaganda, but if it kept Morgan keen to visit then that was fine by me.  We were a little worried that we wouldn’t have mobile reception there as there was no phone coverage on the O2 netwrok so we had purchased an EE MiFi device that we could use. We’d tested it and it was working well. We also had pare battery packs for our phones so the technology was working well. Now all we had to do was hope that there were indeed some rare PokÃ©min there.

We needn’t have worried though because as we arrived at the car park and turned on the phones and MiFi we immediately came across two new PokÃ©mon for us. A Voltorb and a Magnemite. I’m not sure that they are actually ‘rare’ but they were new ones to our collection so Morgan was happy already. 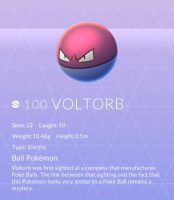 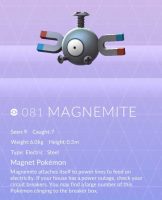 Portmeirion itself was full of PokÃ©stops and had three PokÃ©mon Gyms too. We didn’t contest any of the gyms whilst we were there but we did gather plenty of supplies from the PokÃ©stops. We needn’t have worried too much about data reception either as there was a free Wi-Fi network in the village and the password for it was printed on our entry tickets. We did need the Mi-Fi once we were out away from the village though so it was good that we’d bought it. In the ned we caught loads of PokÃ©mon which kept Morgan occupied throughout and in addition to the Voltorb and magnemite, we added an Electrode and a Tentacruel to our collection whilst there. We also added a Kabuto later in the day whilst walking along the shores of the Inland sea next to our campsite. 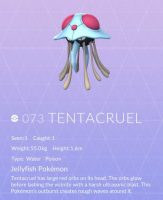 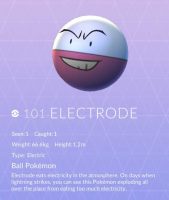 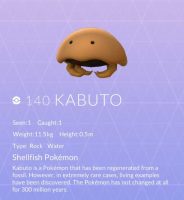 A successful day out for everyone.