When the Beast from the East meets Storm Emma

We already know that weather records were smashed when the Beast from the East met Storm Emma, so here’s what we were greeted to in the morning.

First, the view from inside which wasn’t a lot as we could barely see through the windows 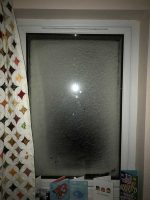 The view from inside 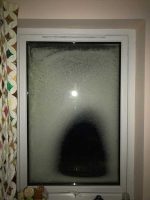 What’s happened out there

Outside it was a weird world of frozen snow drifts that had been sculpted into crazy sinuous shapes by the wind. In places these were up to my chest in height. 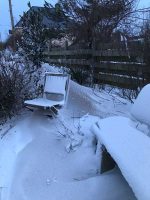 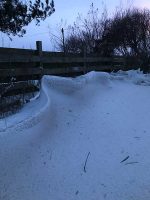 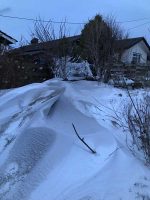 Mind you in other places the wind had striped the earth bare so that there was barely any snow. No where was immune though and for some reason the lean to, which is obviously under-cover and usually a dry storage area, was full! 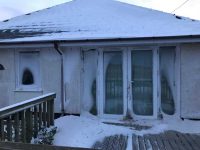 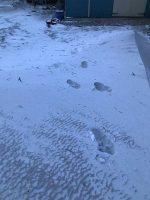 Snow in the garden 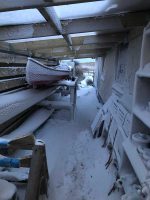 Under the Lean to

As you can see, it doesn’t even really look pretty out there. The wind has been stripping dust and muck from the ground so the snow looks dirty and it has just plastered everything in its wake. Not quite the winter-wonderland we would hope for, more like the aftermath of some weird disaster!