As an update to the earlier photos of the snow from Storm Emma and The Beast From the East, here’s what the garden looked like an hour or so later. The snow had stopped but as usual there is sand blowing around everywhere. We don’t usually see it as it just gets incorporated with the rest of the sand, but today it’s settling on the snow drifts. 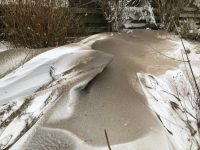 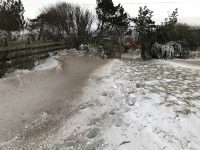 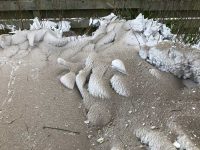 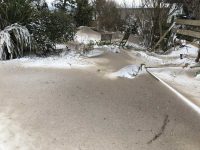 What’s more, this is with the wind from the east, it gets REALLY sandy here when we have winds blowing from the west as they they blow sand into the garden from the dunes.

No wonder things don’t last long here with the constant sand-blasting they receive.