What a day! I spent most of Saturday at the Brass Extravaganza in Aberystwyth.  This has been a few months in planning and a lot of hard work behind the scenes but the day was finally here and fingers crossed “touch wood” everything would run smoothly. 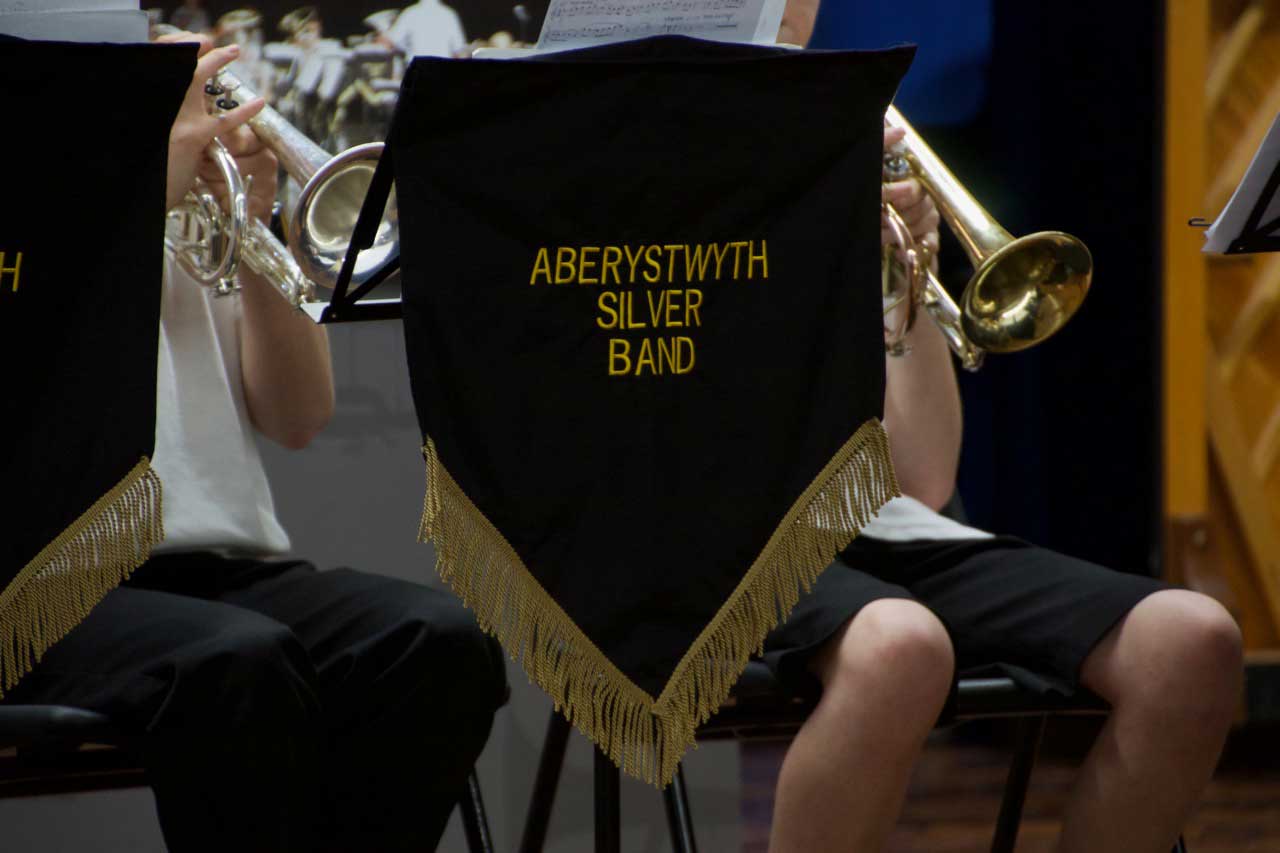 The Brass Extravaganza started off with a Youth Solo and Ensemble competition, adjudicated by Dr Richard Jones  and Simon Howell (Cory Band).  Everyone who took part should feel very proud, the standard of playing was excellent.  The adjudicators were keen to put everyone at ease and everyone soon relaxed into their playing.  With a wide range of ages and instruments represented it was an enjoyable and interesting morning.

Morgan played with his school junior brass band which he seemed to enjoy.  They came second (out of 2) but played very well and seemed pleased with the cash prize!  A special shout out to Tom, Morgan’s friend, who played really well in the under 12 solo category and came 3rd and to Ifan who ended up playing in all 4 of the under 19 ensembles as well as winning his solo category.

Alan came along to take some photos and watch Morgan play but neither seemed that bothered about sticking around for the rest of the day.  It’s a pity really as I think Morgan would have enjoyed the concert but I have learnt with him now not to push as he only decides he won’t do something even more!

Results of all categories are available on the band website

Members of the Cory Band provided workshops in the afternoon.  These were open to anyone playing a brass instrument and it was nice to see young players from the morning competition along with older players taking part together.   I didn’t get a chance to go along and Morgan had decided that after a long morning he wanted to go home but feedback from the participants was excellent and everyone felt they had learnt something. 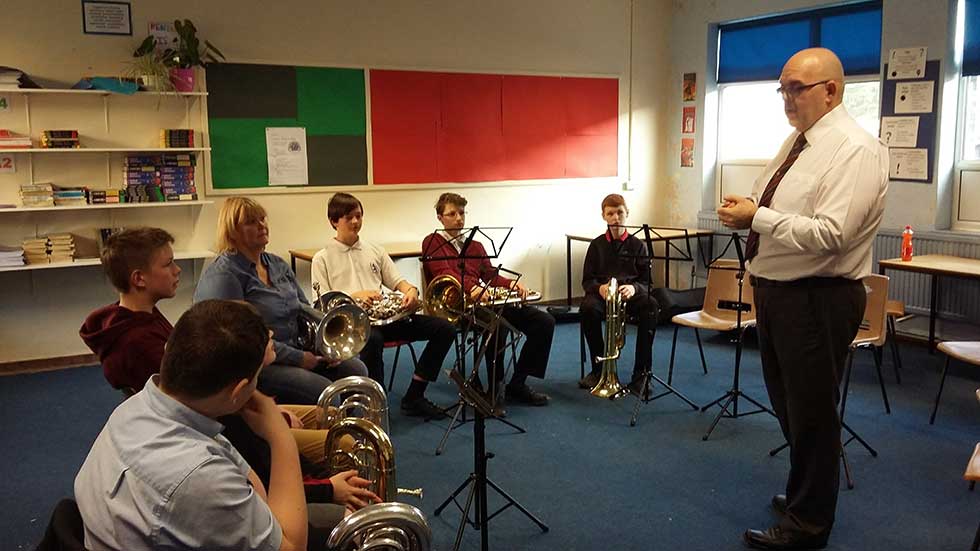 There was a short break so the band could do a sound check and head over to Brynamlwg for Dinner before the concert.

The Highlight of the Brass Extravaganza was a concert from the Cory Band that evening.  Tickets had been selling well and by 6.30pm all were sold out.  I was on the door and I think word had got around during the day as tickets were in demand.  We did end up with some disappointed people who couldn’t get in but the hall was full and there were just no seats left.  Most of the band helpers ended up standing at the side to watch but it was worth standing just to see Cory Band play.

The Cory Band did not disappoint.  From the very start I think they blew everyone away with their sound and everyone was in awe of the talent in front of them.  They performed a brilliant programme with a wide range of music which everyone enjoyed. 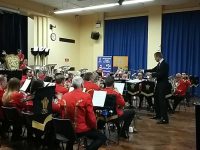 For those who won the youth ensemble contest earlier in the day there was the chance to perform in the evening concert.  Hats off to the youth ensembles who all performed brilliantly in front of a packed house and the Cory Band – if that isn’t nerve wracking I don’t know what is!  The fact that they all sat on the stage throughout the evening and behaved so well shows how good Cory Band were I think.

We were treated to excellent solos from Steve Stewart on Soprano Cornet, Helen Williams on Flugel Horn, Tom Hutchinson on Cornet and Glyn Williams on Euphonium.  One of the highlights was probably the performance of â€œThe Remarkable Life of Roald Dahlâ€ from their winning entertainment programme for the Brass in Concert competition.  It would be a shame to give too much away but if you get the chance to see them perform this then it really is a must see.

It was a long day but well worth it – I think Heather might be planning the next adventure but I think she deserves a few weeks off before starting on anything else.  Well organised Heather –  I know you have a team helping you out but it wouldn’t have happened without you getting it going and getting us to the finish line.