Christmas is creeping up on us faster than I would like and there’s still so much to do. I have this week off and had hoped to get everything ready early in the week so that I could then spend some days relaxing and doing things with Morgan before Christmas. The list of things to do just seems to keep growing though and some of them are getting out of control – more on that in another post! I did however manage to spend a bit of time with Morgan yesterday decorating our Christmas cake. This has become something of a tradition in our house now.

I tend to bake the cake sometime in November and then feed it brandy for a few weeks. I then cover it in marzipan sometime in the second week of December so that Morgan and I can get creative with decorating it once he has broken up from school. I had managed to cover it in white fondant icing early yesterday morning and then finally at around 8pm last night we had some time to play with our design. 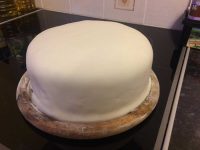 Iced and Ready to go 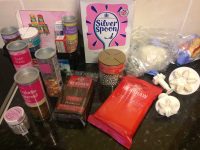 We decided to go with a cute robin themed design this year which actually turned out to be quite easy. First we moulded some chocolate flavoured icing into little balls to make the robin bodies. We then added little wings to them. 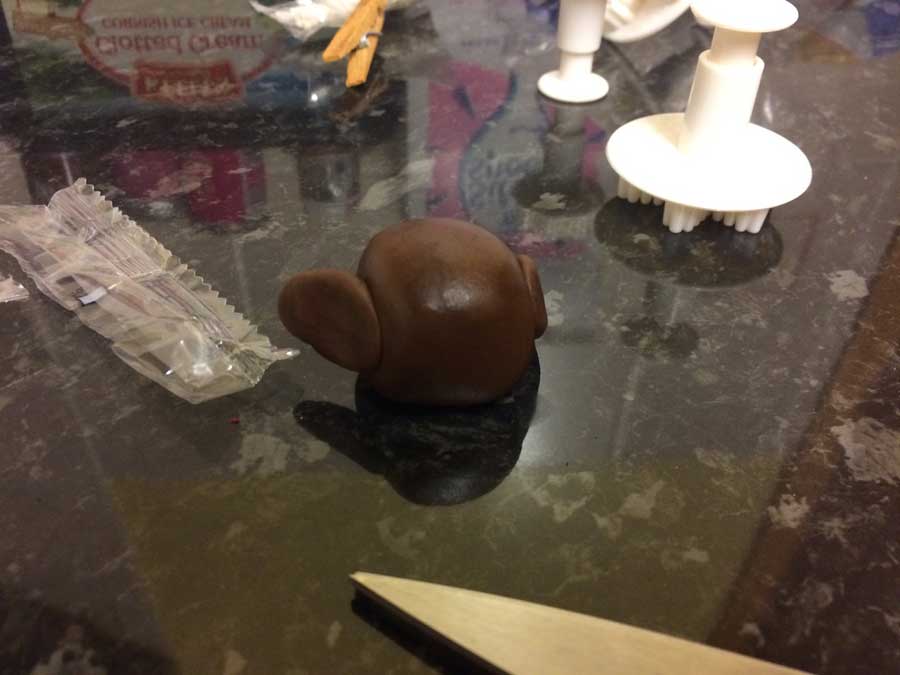 Next, we shaped some Santa hats to keep the robins warm and added red breasts to turn them from brown blobs into robin-like figures. 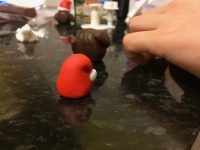 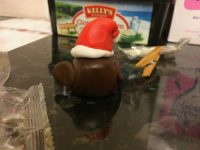 Eyes were added from little silver balls and noses were shaped from some left over marzipan. 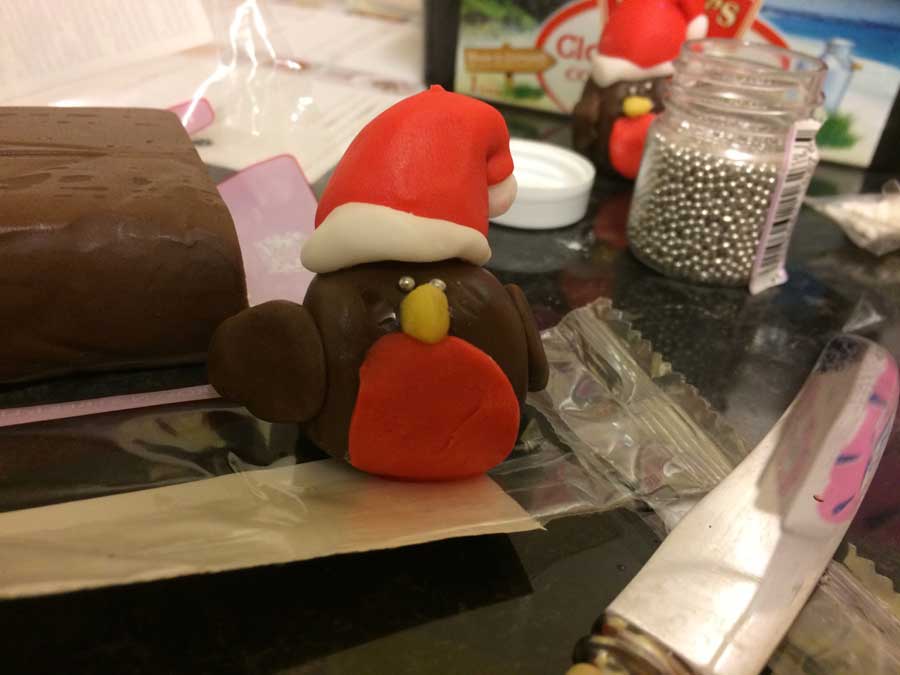 With three little robins made – one called Alan, one called Anna and one called Morgan – we set to making a log pile for them to sit on. This was easy as we simply chopped up some Cadbury’s Flakes and arranged them on top of the cake. We then sprinkled icing sugar snow over them. 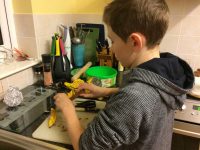 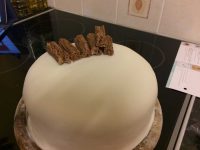 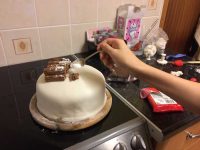 The little Robin family was then arranged on top of the logs and things were taking shape. 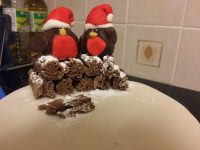 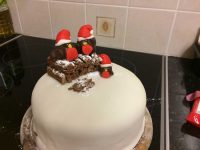 All that was left to do was make a red ribbon to go around the base and cut out some snowflakes to decorate the ribbon. 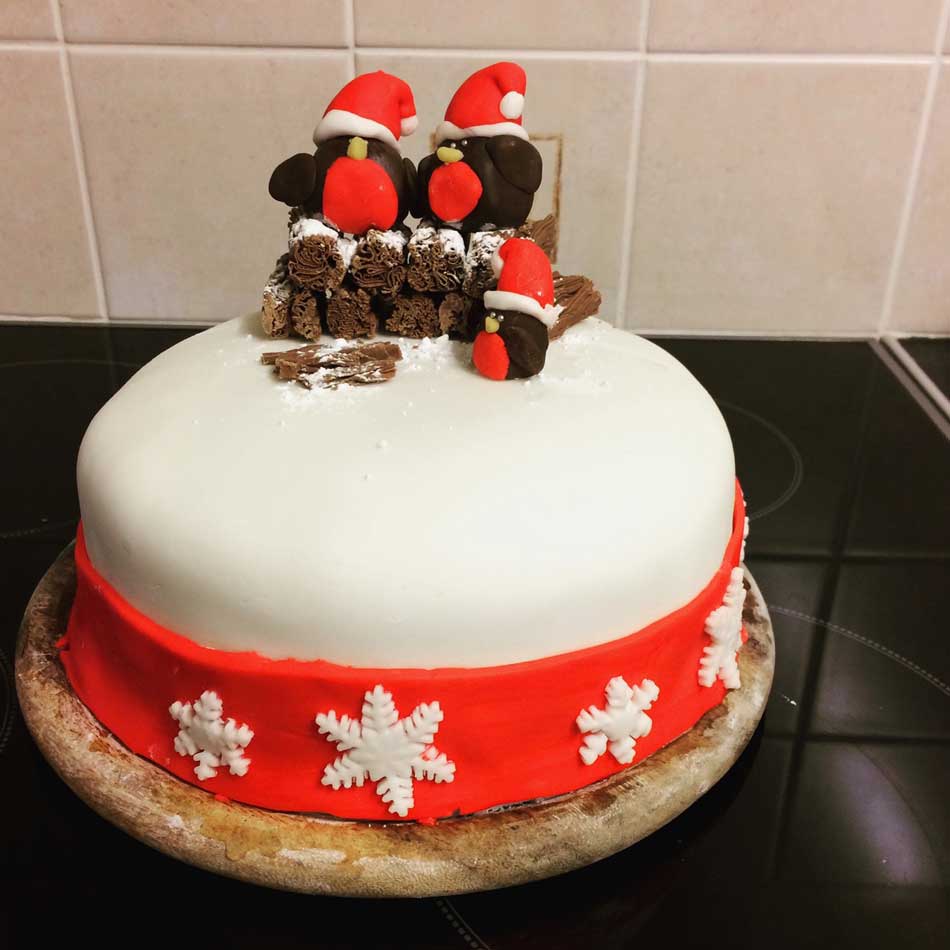 A very simple design that was quick and easy to do (even for novices such as ourselves) but it still looks nice. Very festive!

Facebook even created a little video montage of the whole event for me.