If you haven’t already done so, then it’s time to think about baking your Christmas Cake. I know some people do it much earlier than this, but the half term holidays seems like a perfect time to do it. We have about 8 weeks until Christmas itself, which give me plenty of time to ‘feed’ the cake with brandy over the coming few weeks and plenty of time to think about and plan a nice design for it too.

So, last night after a day doing battle with a broken lawn-mower in the garden I placed a large 500g bag of mixed fruit, along with two 300g bags of luxury mixed fruit into a saucepan. That’s 1.1kg of mixed fruit altogether which turns out to be quite a bit. The luxury bags contain nice big juicy flame raisins, cranberries and some nice bits of cherry too which is perfect for a Christmas Cake. 400ml of Sherry was added to this and it was brought to the boil imparting a nice boozy aroma to the kitchen. Once boiling it was mixed through and left to cool and then the glistening fruit was left overnight to steep. In preparation I also got 4 large eggs and 300g of butter out of the fridge so that they were at room temperature for the main bake in the morning. 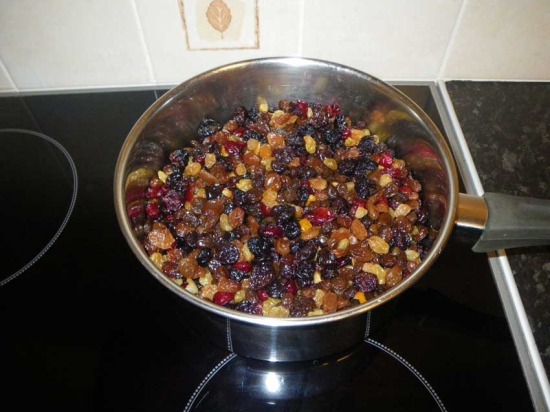 This morning I got to baking the cake for real. First the butter (300g) and dark brown sugar (180g) was creamed in a large bowl and then some lemon zest was mixed in. 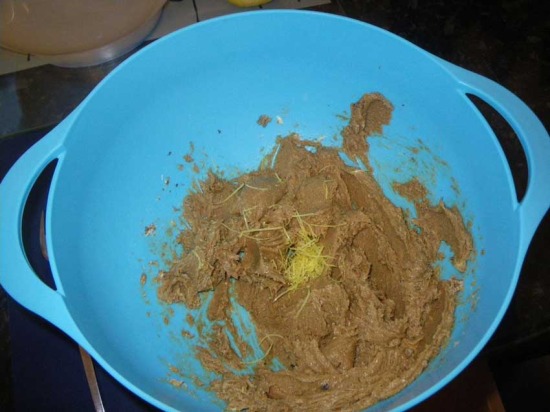 Next the eggs were added one at a time and the mixture was given a good beating after each one. 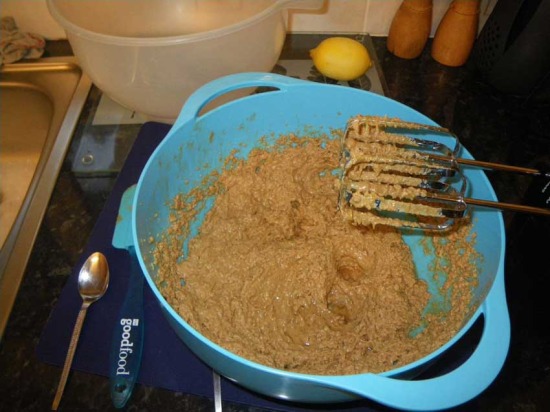 Then the sticky bit as in went 2 tablespoons of black treacle (and probably a little bit more as I like the treacly taste!) along with a couple of teaspoons of almond essence. 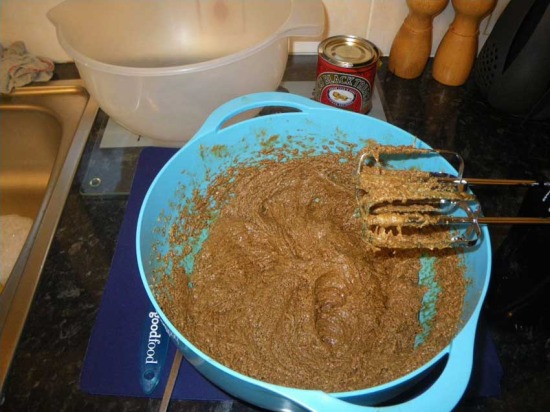 Mix in the Treacle 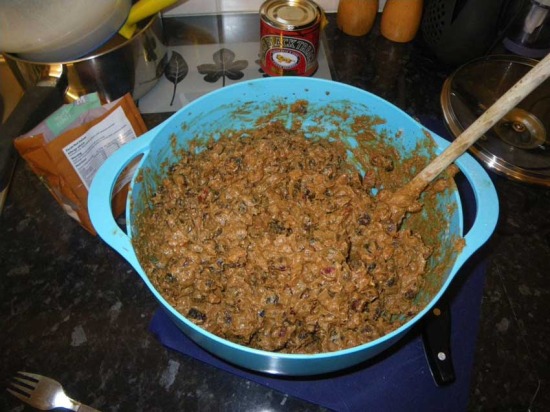 Things were now beginning to smell a bit Christmassy as the thick bater was spooned into an 18cm greased and lined round tin a greased an lined 1lb loaf tin. This should make a nice big cake for Christmas and a smaller loaf that we can test beforehand! 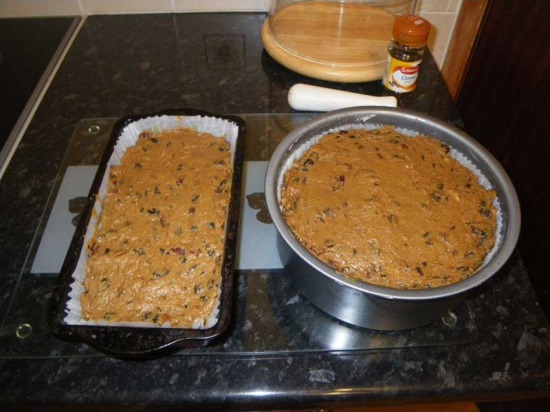 Xmas cakes ready for the oven

Both were popped into the oven at 150ºC. The load was removed after an hour and the round cake after 1½ hours. The were then brushed with lots of black cherry liqueur and wrapped in their tins in two layers of foil. When they are completely cool I’ll unwrap them, remove them from the tin and re-wrap in foil. They’ll then be stored in an air-tight biscuit tin and will be fed with brandy or sherry over the coming weeks before the task of enrobing them in marzipan and then covering them in chocolate or icing and decorating them. 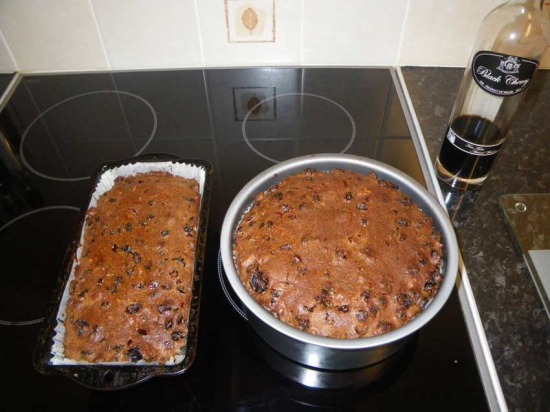