Diggers at the Ready – Here we go Again

Since building our house back in 2003, we’ve had diggers move in and destroy our garden several times. There were diggers to install a septic tank, diggers to build a conservatory, diggers to dig up the telephone lines and once again the diggers are back. This time to lay a much needed new drive. 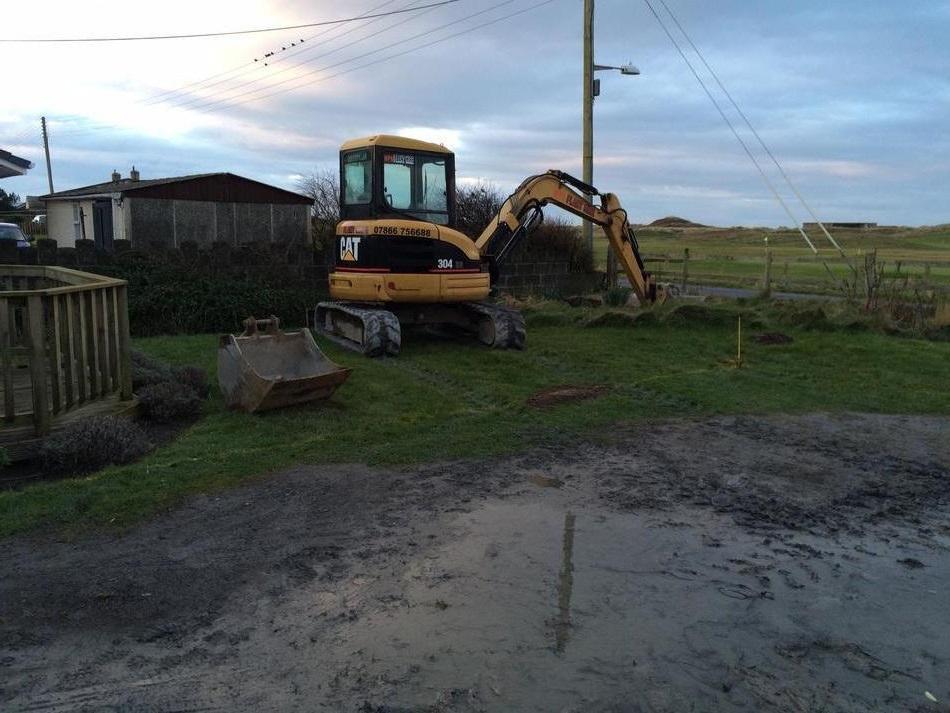 We’ve been trying to get a drive laid for a few years now. People would come out, measure up and then simply wouldn’t give us a quote. Others insisted that we should have block paving and wouldn’t quote for anything less, yet others simply didn’t turn up to even take a look. All this time, we were forced to put up with a potholed, bumpy, muddy and puddle-strewn drive. Not good for the cars and not good for our carpets either as it meant that mud and sand ended up getting traipsed into the house as there was no way of avoiding the mud and the puddles when parking.. You can see the extent of the puddles in the image above.

Anna just so happened to be moaning about the state of our drive to a work colleague that she runs with and it turned out that her husband Prys runs his own groundworks company and could sort out a drive for us. Things were arranged and he soon came out, measured up, advised us on a few issues and then provided us with a quote. We did at the same time finally get a quote from a different company as well. The figures were all in the same ballpark give or take a few hundred pounds but as Prys had so far been more efficient and helpful we decided to get him to do the work.

With that sorted, a couple of days later whilst we were at work a digger appeared in our front garden and various pegs and lines had been laid out and sprayed around the perimeter of what would be our new drive. Prys asked us to check that what he’d marked out looked OK – which it did – and then it was all systems go, we were about to get a new drive!

Hopefully the puddles, the mud and the inconvenience will soon be a thing of the past. No doubt these things will get worse for a few days before they get better though as that always seems to be the case when diggers are involved.