What I didn’t have was somewhere to keep them all, but Morgan had a nice silver carry case that he wasn’t using. So, armed with some scissors, a knife and half an hour to spare I attacked an old baby cot mattress that we had to get some foam packaging and set to organising them all in a nice case. 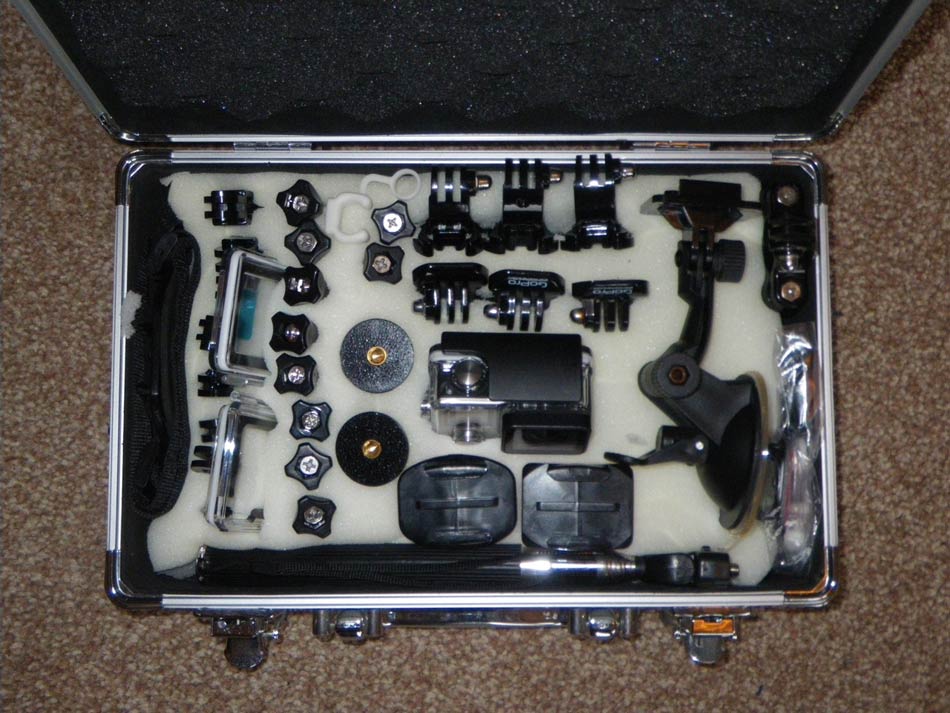 Starting from the left there are:

Not everything would fit in so some of the larger items such as the head straps for a GoPro and the GoPro Chest mount harness have been left out but I did get Morgan to ‘model’ them for me. Can you tell from the photos that he was a rather reluctant model! 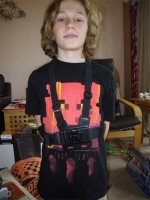 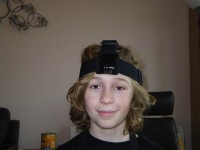 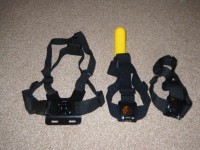 The secret to any good GoPro footage is getting the camera mounted correctly. This often takes quite a bit of trial and error and experimentation, although the GoPro Hero 4 Silver with it’s LCD screen on the back should help with this as you can review footage straight away. That said, when you’re out surfing, windsurfing, sky-diving or generally having a good time you often just want to start it recording and leave it – at least I do, as I just want to get on doing what I’m doing. I don’t have the time or the patience to fiddle around with my camera checking angles and changing mounting options so getting it mounted right to start with is important.

The best videos do of course come with variety, so if you want really professional looking clips then you are going to have to play around with your camera, changing the angles, changing the places you mount it and using different techniques. This is fine if your main aim for the day is GoPro videography, but often, especially when it’s cold wet and gnarly out there, you just want it recording in case you do anything ‘awesome’!

I’ve yet to use my new GoPro much so I will start with the mounting options I used to use with my old GoPro:

Windsurfing – Helmet mount thanks to the vented helmet strap. Although I have used boom mounted shots before as well using the handlebar mount to attach it. Mast mount shots look good too and best of all are harness mounting rods, but I don’t have one of those.

Stand-up-Paddle boarding – I’ve tried the chest mount for this but it wasn’t great, so next I’ll go with a head strap mount I think, although a board mount would be good too. I don’t think the suction cups or adhesive mounts will stick to the soft-covering on my board though so I may have to construct something that attaches to the mast track on the board or maybe the towing eye at the front of the board. Having reviewed my footage from the other day I also think that using the handlebar mount to attach it to my paddle will work well. I can then use the paddle as a giant SUP selfie stick.

Surfing – Again, a head-mount may be best for this as that you you tend to be filming whatever you are looking at, but adhesive board mounts might be good too. It takes quite a lot to trust your camera to such things though when getting rinsed around in the waves. I do however have a big yellow float that I can attach to the camera.

Swimming – I’m not likely to just film swim sessions as they won’t be that thrilling, but having the camera with me is always handy in case the dolphins make an appearance or for those rare days when the visibility is good. It’s nice to take photos of people I’m swimming with too, so, either a headband mount or just attach the camera to a lanyard that I have around my neck and then tuck the camera inside my wetsuit when I’m not using it. I did this the other day with a lanyard made out of an old heart rate monitor strap which worked quite well.

Kitesurfing / Kiting – Helmet mounts seem to work best for this as well and helmet / head mounts are usually a good starting point for any adventurous sports.

As far as using it in the water is concerned then I’m always a little worried about losing it. It would be easy for the headband to slip off or an adhesive mount to fail so I think the float may be a good option. GoPro sell a floaty backdoor and you can get adhesive floats too. I’ve got a big yellow handgrip GoPro float that I thought might be useful attached to a headstrap. So, I’ve stuck an adhesive mount to the back of the headstrap and have attached it to that. It looks a little silly, but should be good for swimming and the extra adhesive mount on the back gives me the option of mounting the camera there too if I want.

Hopefully I’ll be using it for other things as well and as it’s so small it will replace my old compact Pentax waterproof camera that used to go with me when we were out and about doing things – walking in the hills, playing on the beach, building igloos, fishing and generally having fun in the great outdoors. In such circumstances a big SLR is too much to carry around with you and it’s best if your camera is fairly rugged and waterproof too so the GoPro should do the trick. It doesn’t have the zoom capabilities of my Pentax Optio W60, but it does have a crazy depth of field and with all of these GoPro mounting accessories that I have I can put it almost anywhere!