A Flying Visit to the Balloon Fiesta

We were in Bristol last weekend for a large family picnic, but as we were about to leave Morgan decided he wanted to stay the week with his cousins who were staying with my Mum and Dad, so we left him there and had a short, but quiet week at home. Anna and I then drove back down to my parents on Thursday evening to collect him. We arrived there at around 9pm, had a drink and a chat and then headed off to bed ready for an early start.

As we were there on the weekend of the International Balloon Fiesta we thought it would be a good ideas to watch the morning mass ascent before heading home. The ascent starts at 6am, so we wanted to be there for 5:30am. It’s usually a half hour or so drive from my parents house but we were expecting lots of traffic and queues heading into the Balloon Fiesta so we wanted to leave at 4:30am to give ourselves time to get there and not miss anything. That meant getting up at 4am after very little sleep. Morgan wasn’t quite with it at that time of day but we bundled him and our belongings into the car and headed off into the darkness.

As it happens, there was no traffic whatsoever. All the horror stories of massives queues and long delays were no where to be seen, In fact we barely saw any other cars and when we arrived a little earlier than expected at Ashton Court we were the only car in the car park. It was now getting light though so we grabbed our picnic blankets and headed down towards the main arena to pick our spot on the wet grass. We weren’t the only ones there, but it was by no means busy.

The balloonists were already hard at work though, laying out their balloons on the grass and testing their burners so there was plenty to watch as we sat there trying to keep warm under a blanket and sipping coffee.

It was pretty chilly and a completely different atmosphere to usual at the balloon fiesta. Some of the stalls were open but unlike the evening ascents the fairground wasn’t going, the usual throngs of people were absent and it was quite peaceful to watch without having to jostle for space. Things were livening up though with bouncy castles being inflated and the smell of bacon sandwiches and doughnuts from the nearby stalls was difficult to resist. Before long the balloons were starting their cold inflation as well so there was plenty to see. 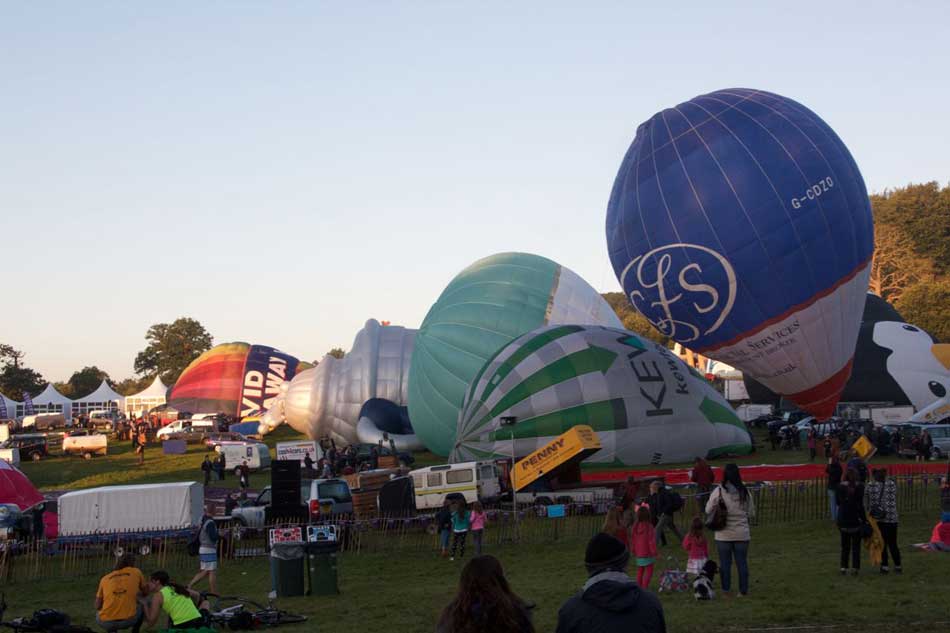 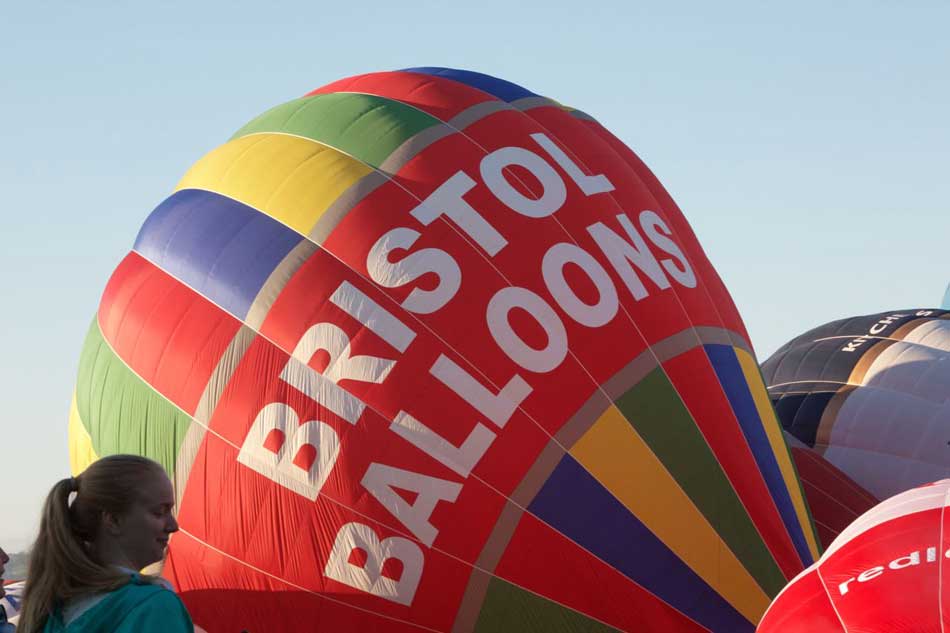 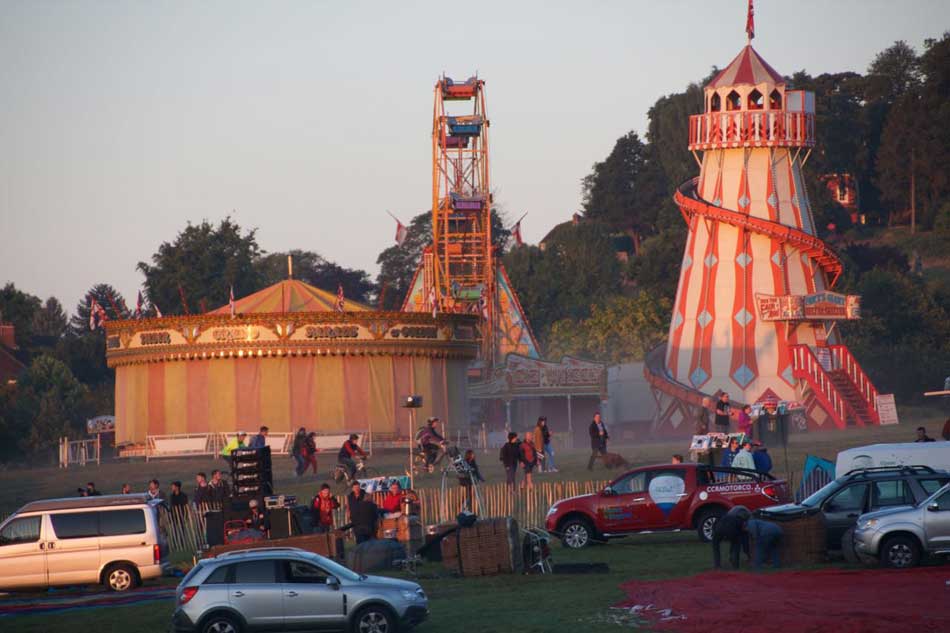 The first balloon up was an A-Gas balloon, sent up to check the conditions at various heights above the arena. The winds were very light and changed direction as it ascended, so it was ultimately able to head off in one direction, come back over the arena in another direction and then descend again for another fly across the arena.

With the conditions tested, the claxon sounded and the balloons were off. All shapes and sizes, all colours and designs taking to the air in a mass ascent. With light winds and clear skies it was quite a spectacle and we just sat there watching. Thanks to the wind conditions, the balloons were heading off in all directions, and some even managed to head off and then return to land back in the arena. There’s not much to say about it really, so I’ll let the photos do the talking. 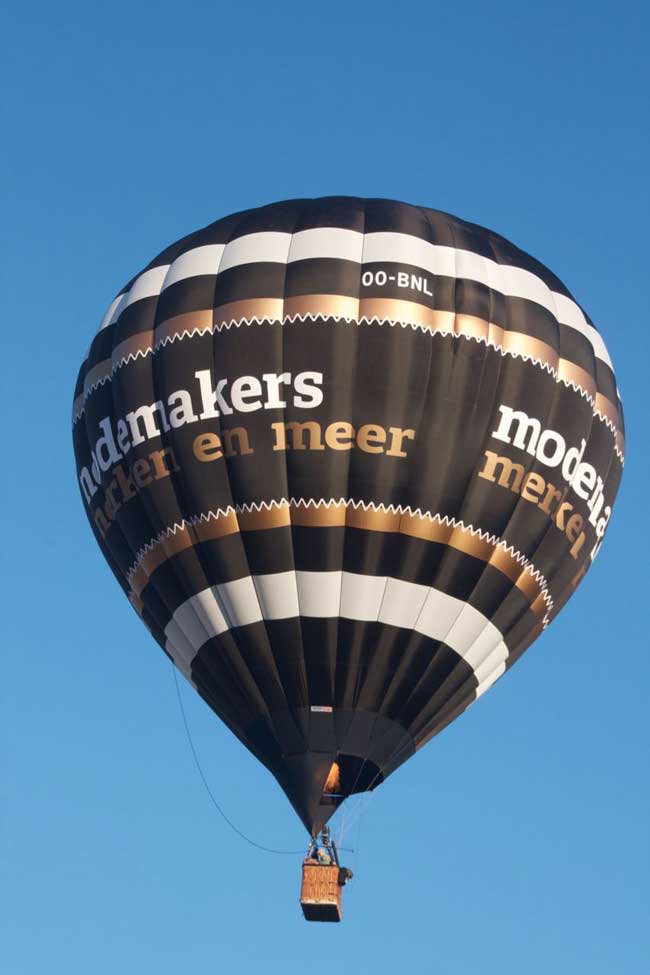 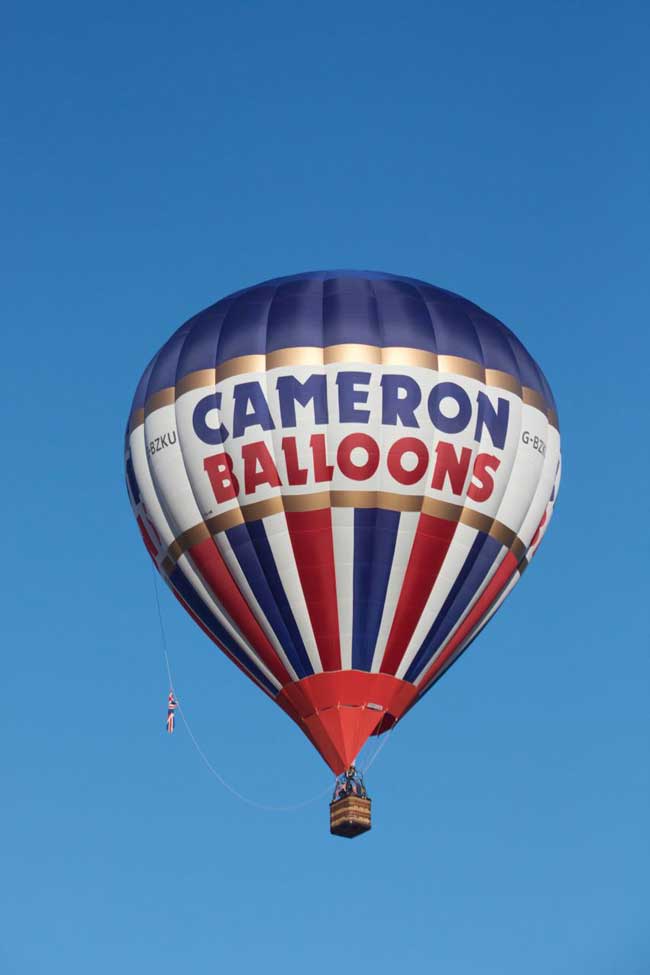 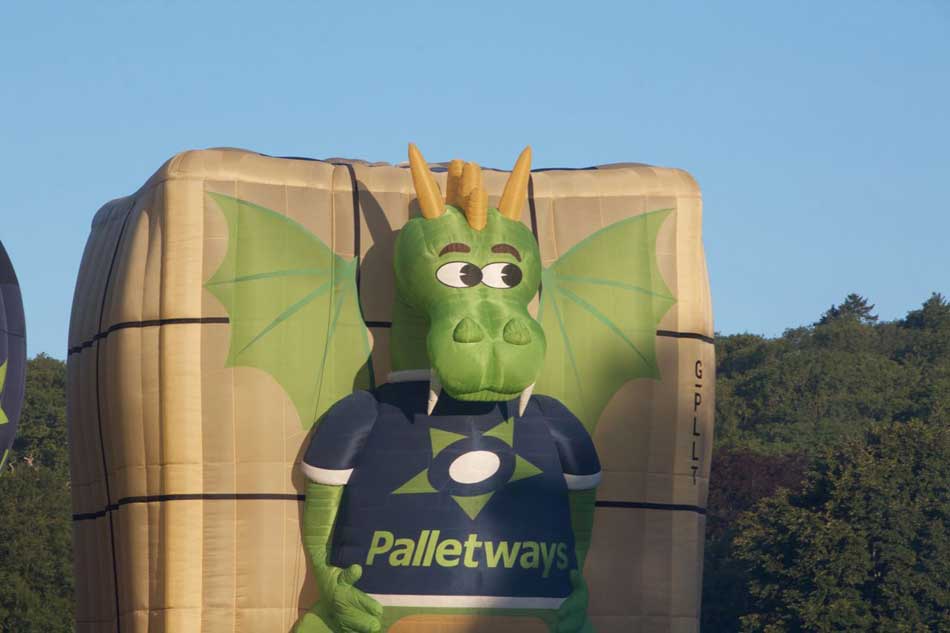 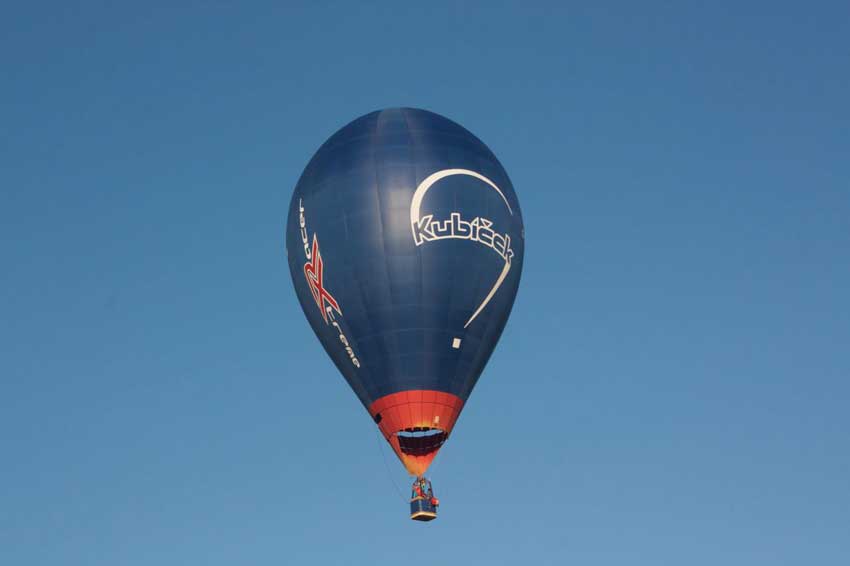 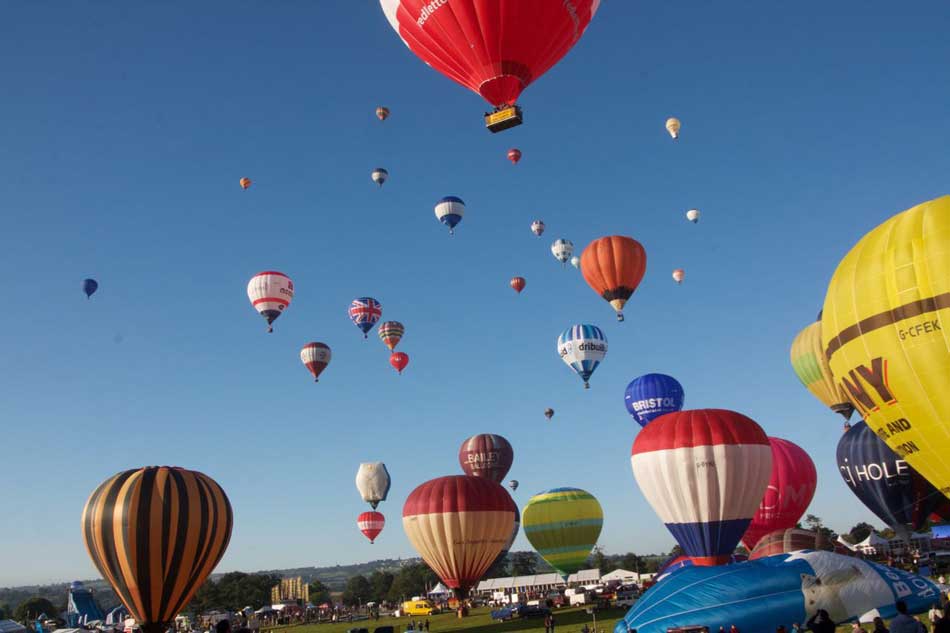 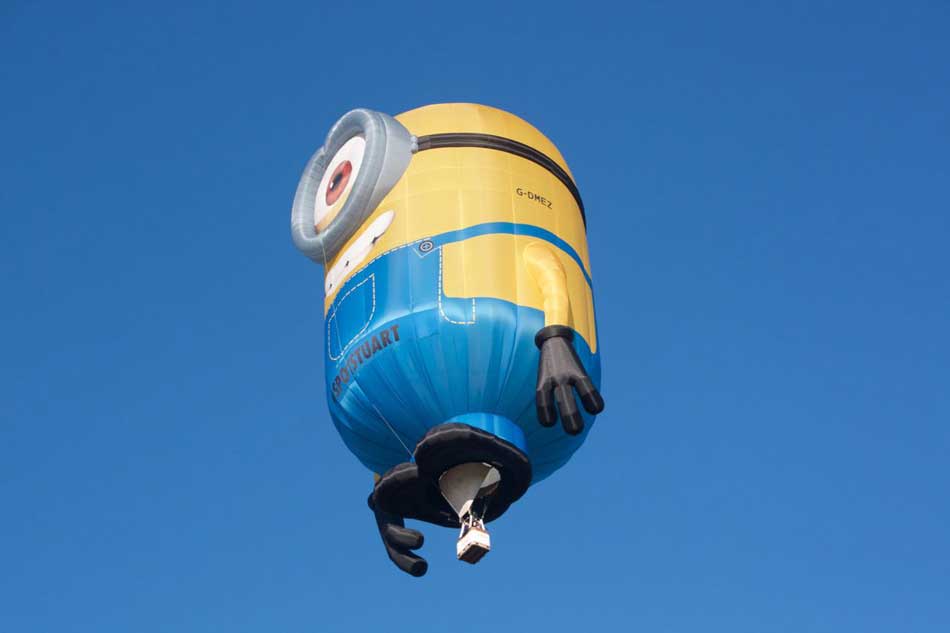 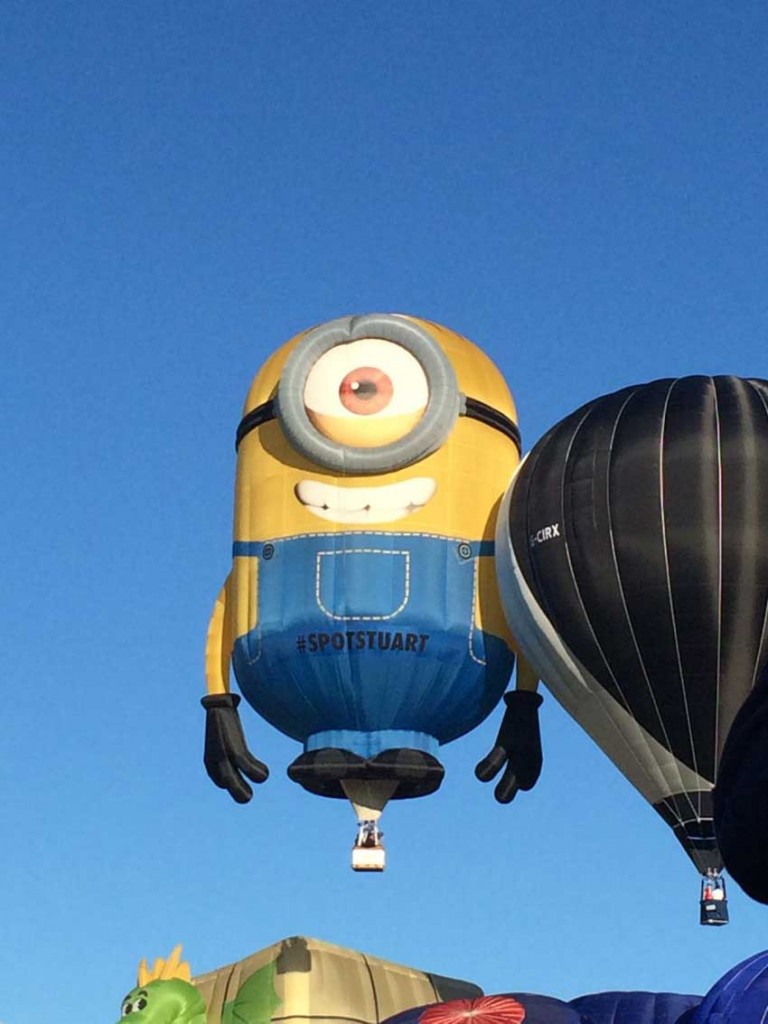 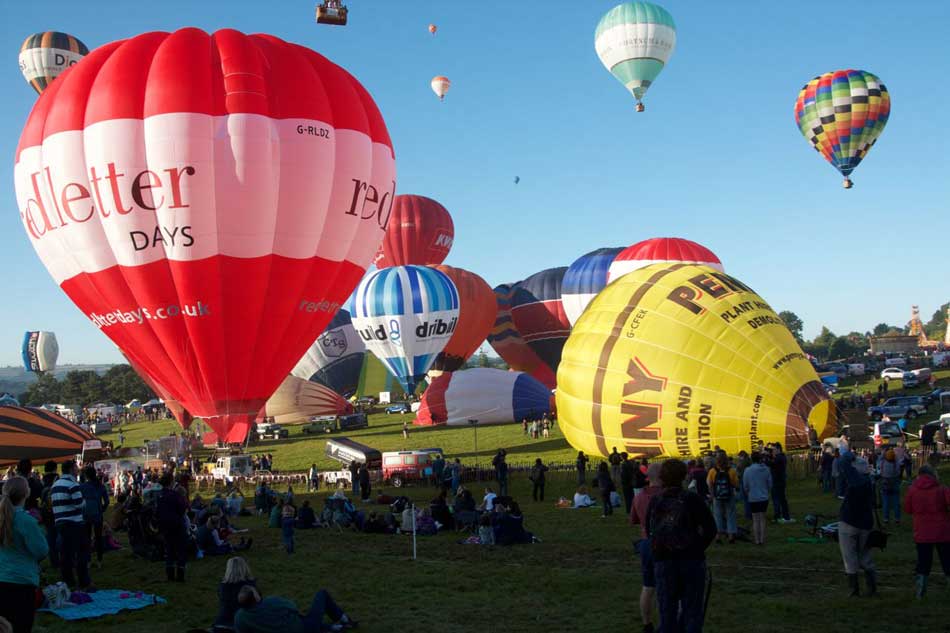 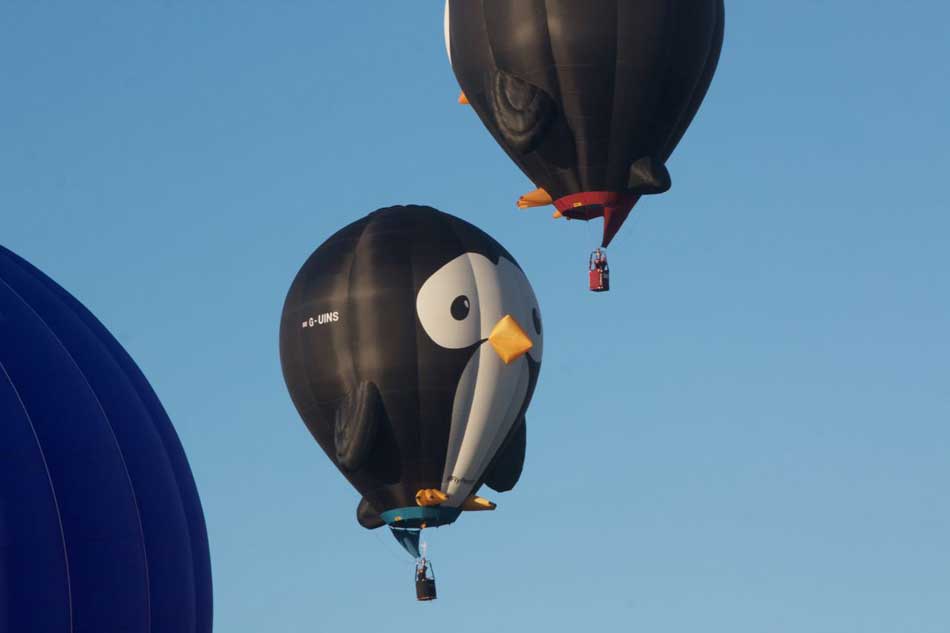 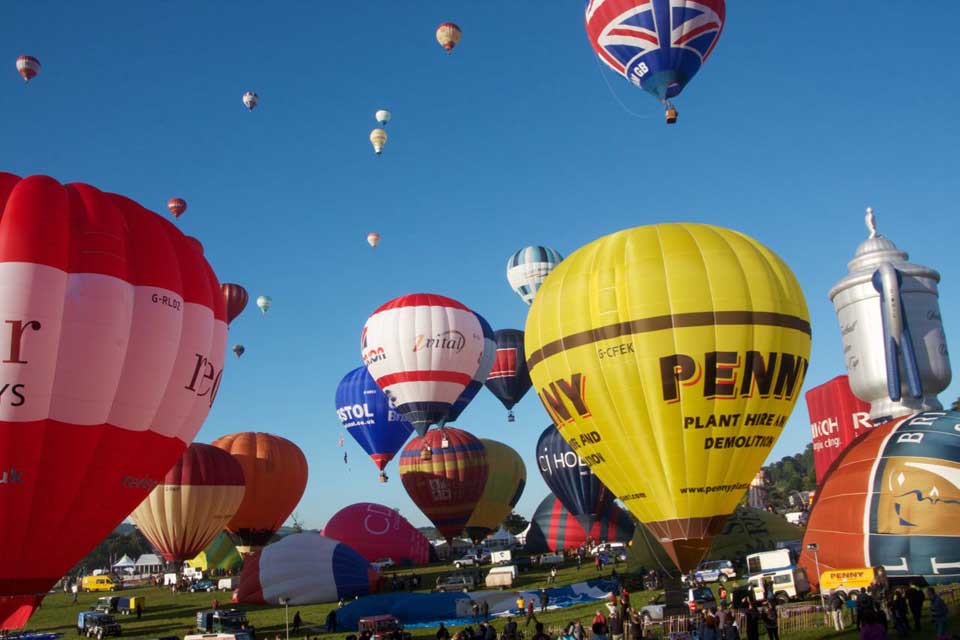 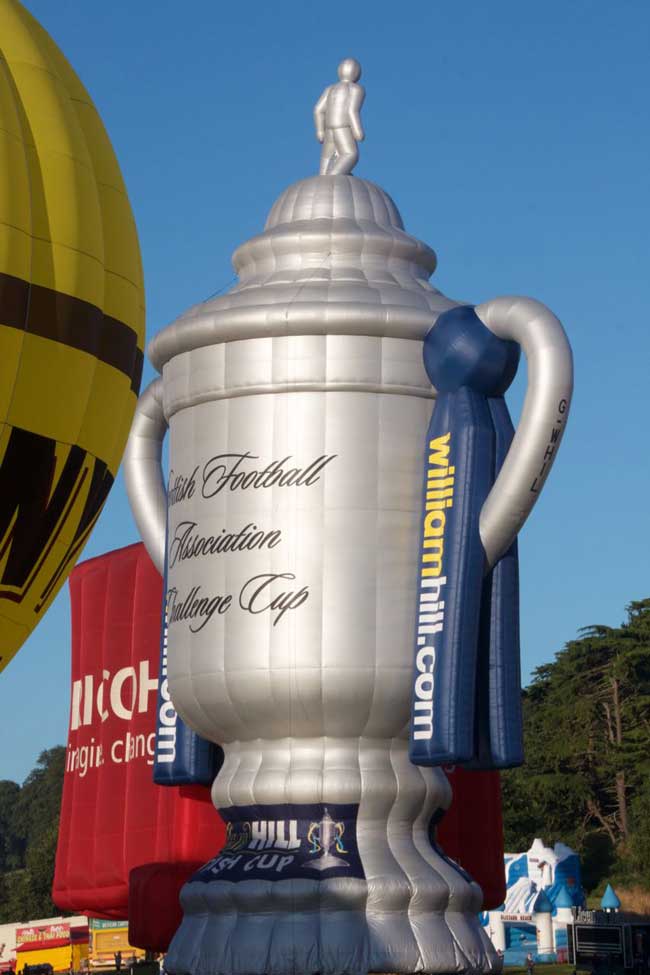 By the time the balloons has all flown, things were warming up, the sun was now on us and it was turning into a glorious day. Morgan had a pancake for breakfast and we started heading off for our journey home. Once again, not a single queue, no traffic and an easy exit from Ashton Court and a relaxed drive. I decided to cycle much of the way home, so after a stop for breakfast we stopped again in Crickhowell for me to jump on my bike. Best thing was, by the time we got home at around 4pm it felt as though we’d already had a whole weekend away and it was only Friday afternoon.