It looks as though pollution has made it to Aberystwyth. 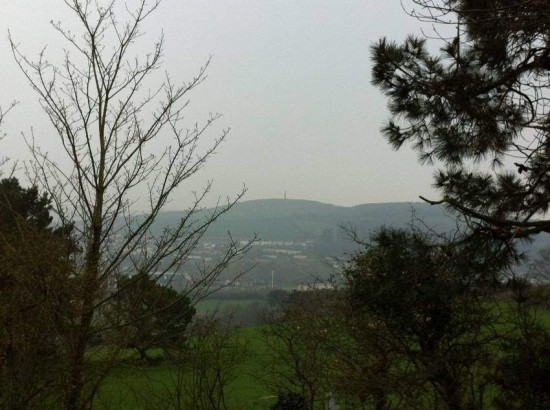 It was fine yesterday but it’s looking pretty murky out there today. It could just be a sea mist of course but we were expecting the smog caused by pollution that has been affecting other parts of the country to make it to West Wales today. Apparently it is caused by industrial pollution from the UK and the near continent and dust from the Sahara.

It’s probably my fault for washing my new car as it it now covered in a yellowy dust!

Mind you, according to the Air Index Forecast things don’t look too bad here so we probably still have fairly fresh clean sea air in comparison to the rest of the UK. I’m glad I’m not in the South East, that’s for sure! 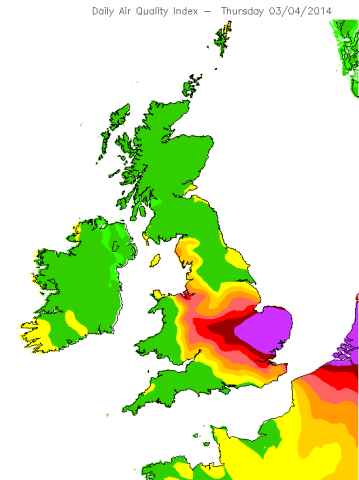