The time had come or some Christmas cake decorating. I made the cakes a few weeks ago and then fed them with alcohol for a couple of weeks before coating them with marzipan last weekend. This weekend it was time to cover them with icing and then decorate them. 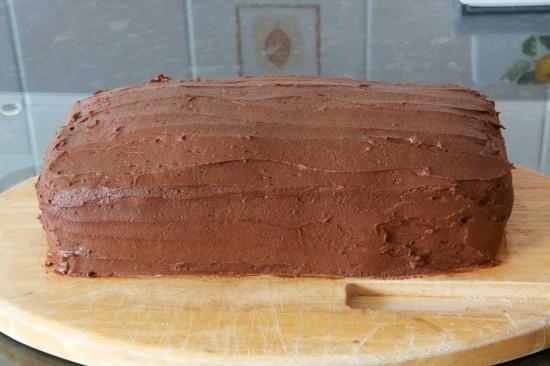 Morgan can’t wait to taste it, but I think he may have forgotten that there’s fruit cake lurking beneath the chocolatey exterior. He seemed to enjoy eating the scrapings from the bowl though! 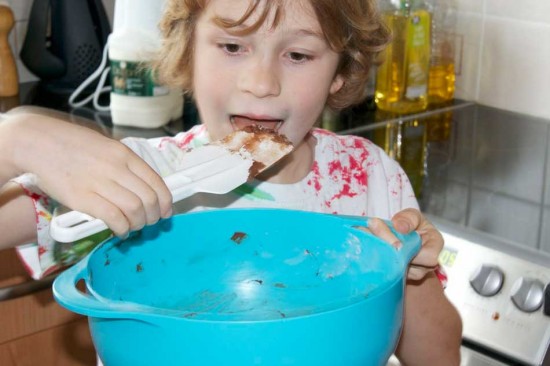 I started off with an even, but not too thick covering of white regal icing. This was followed by some playing with blue food colouring to make a nice blue disk to place on top of the cake. This was probably the most difficult part as keeping the now fairly flexible icing in a perfect circle whilst trying to align it on top of the cake wasn’t easy. I managed it in the end though with the help of a bowl and some deft chopping board flipping. Having a nice smooth chopping board and rolling pin would have helped with the overall look by making it easier to keep things super smooth and uniform, but I did the best I could with the tools at hand.

Next was the cutting out of lots of stars for the decorations.

And then all that was left to do was arrange the stars and a few little silver balls into the shape of a Christmas tree atop the blue disk. I then tied a little ribbon around it and our Christmas Cake was ready. It’s not perfect but not too bad for my first attempt at Christmas cake decorating either. The best thing is, I had fun doing it and  better still, I know it’ll taste even better than it looks… Only a few more days to go now. Merry Christmas everyone!