Playing in the Waves

After a weekend of flat water paddling in North Wales, I just couldn’t resist getting out for a play in the waves once I was home. Actually, I went for a run along Offa’s Dyke first, but I haven’t blogged about that yet. So, while you wait for the Offa’s Dyke blog post here are a couple of rides for your enjoyment. I should have charged the GoPro before going out though. The battery soon ran out and the waves picked up once the tide started to flow. Typically the GoPro therefore missed the best footage.

The waves were still only 1-2 foot in size but with just a gentle breeze were holding up for ages. I was able to catch them from miles out for some nice long rides all the way back into the beach. Nothing too strenuous as far as paddling out was concerned. Not too much chop either. So I stayed upright for the whole session. Drizzle, grey skies and Monday afternoon meant that I had the beach to myself as well. 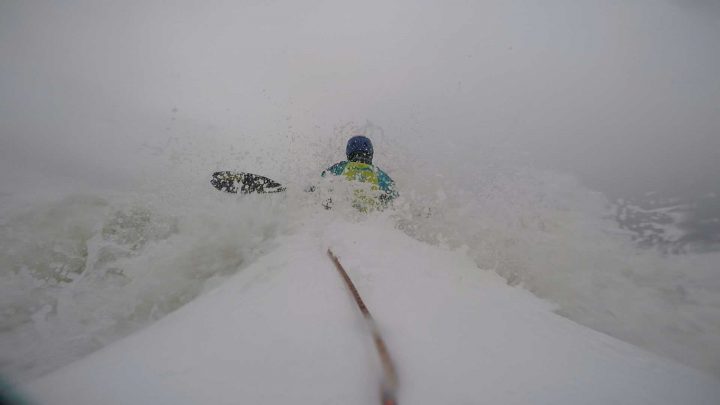 I didn’t manage to persuade Morgan to come with me though despite the fact that he’s on Half Term holiday. Maybe I’ll get him out today as I know what secret birthday present is coming in the post for him!