Wow, what a weekend that was!

I left work on Thursday afternoon with a fully loaded van. Three bikes, kit for a quadrathlon, surfboards and my surf ski as I had a busy weekend ahead of me. First thing was a drive to my parents house in Gloucestershire where I had dinner and spent the night. I had breakfast with them the next morning then headed off south towards Cornwall and the town of Bude. The weather was terrible and despite working here years ago all of the roads seemed to have changed. I barely recognised any of them.

Widemouth Bay, Millook and my campsite.

My plan had been to ride around the bike course of tomorrow’s quadrathlon event to familiarise myself with it. It was however absolutely lashing with rain so instead I parked in the car park overlooking Widemouth Bay and had a hot chocolate. 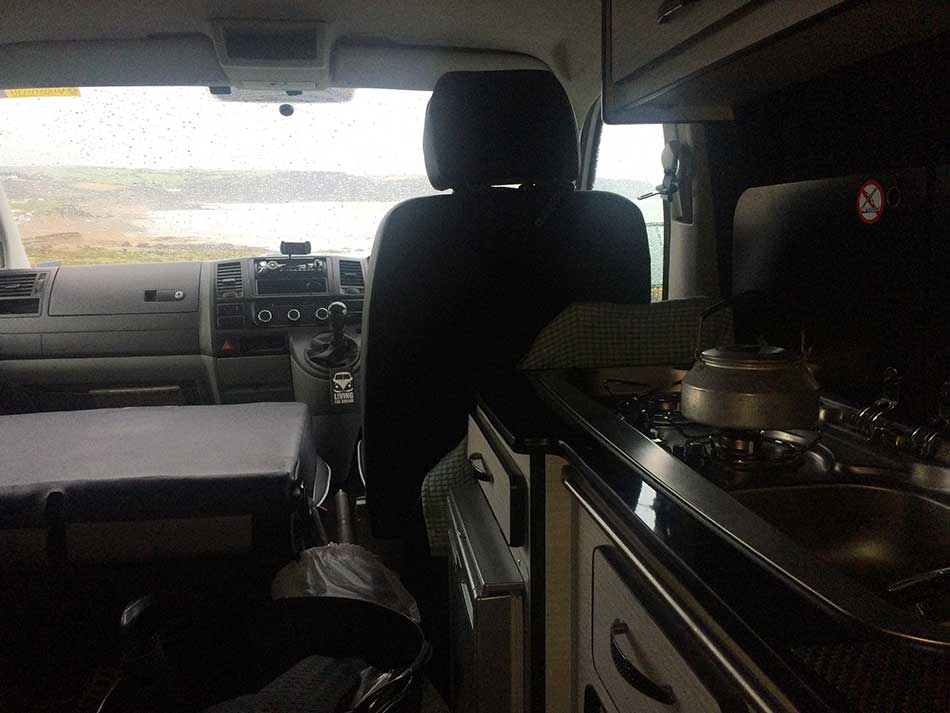 Overlooking Widemouth Bay in the rain

I used to park in this very car park and use it as a vantage point to check the surf many years ago. I’d even camped there for weeks on end back in the day before such things was frowned upon. There were now signs everywhere prohibiting overnight parking. I am taking a good 25-30 years ago then before the surf scene had really become established down here and when surfers such as myself were in the minority. In fact I had stayed in one car park along this coast for long enough to even have milk delivered to my van by the local milkman.

I was heading to a campsite just down the road today though so once it was gone midday I headed there and got checked in. The campsite at Upper Lynstone was perfect. Plenty of room, nice well kept grounds, clean and tidy toilet block and nice warm showers. It was only £8 for the night as well. 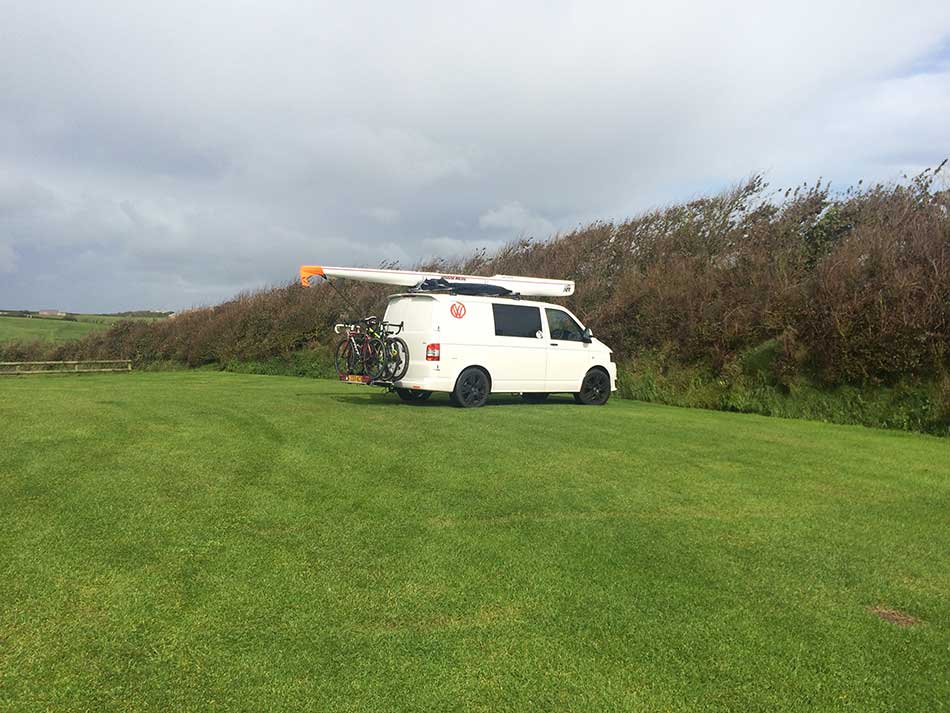 With showers available to me I decided to head out on my bike between the showers. I rode around the bike course passing Big Wave Campers. I should have stopped for a look at some of their campervans really but by now it was raining heavily again and I just wanted to get back to a warm shower and a dry van. I did get some nice views of the North Cornwall Coastline and of the Chevron Folds at Millook on the way on out along the coast road. 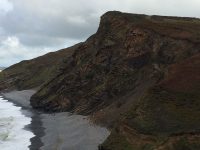 Widemouth Bay from above Millook

Back at the campsite I showered and then headed off for a walk around some of the run course. I actually headed along the coast path into Bude (which turned out not to be on the run course). I walked along the canal side and over the lock gates. 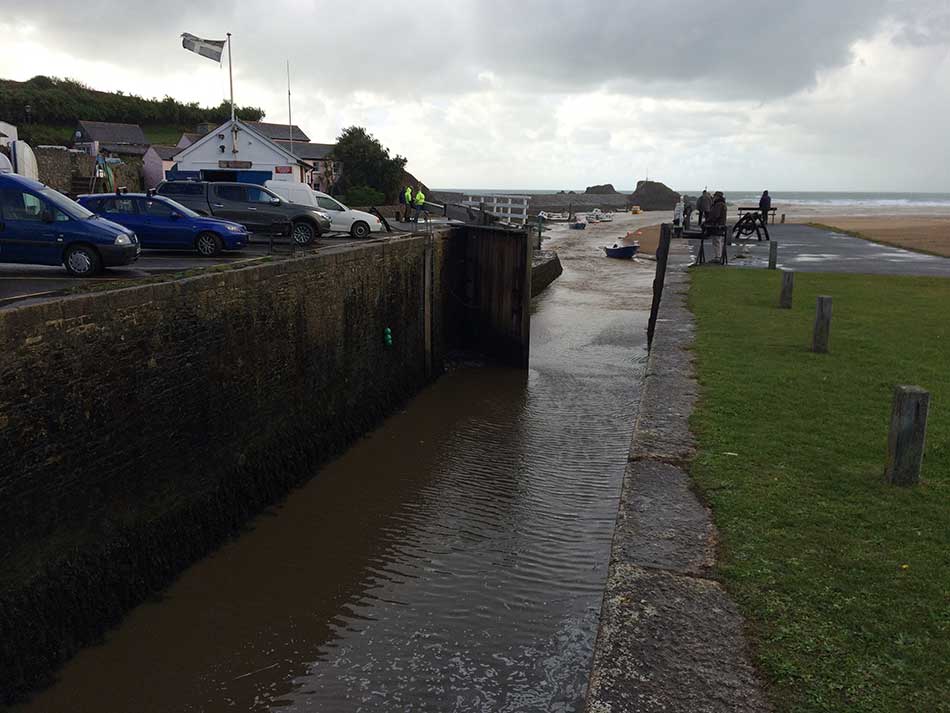 I dodged a downpour in Bude by popping into Spar for some supplies and then had a lovely walk all along the canal towpath and up the hill to Upton before returning to the campsite. Jean and Dave were there by now so I had a quick chat with them before sheltering from the storm outside and having some warming soup for dinner followed by salmon, wild rice and lentils and several flapjacks. 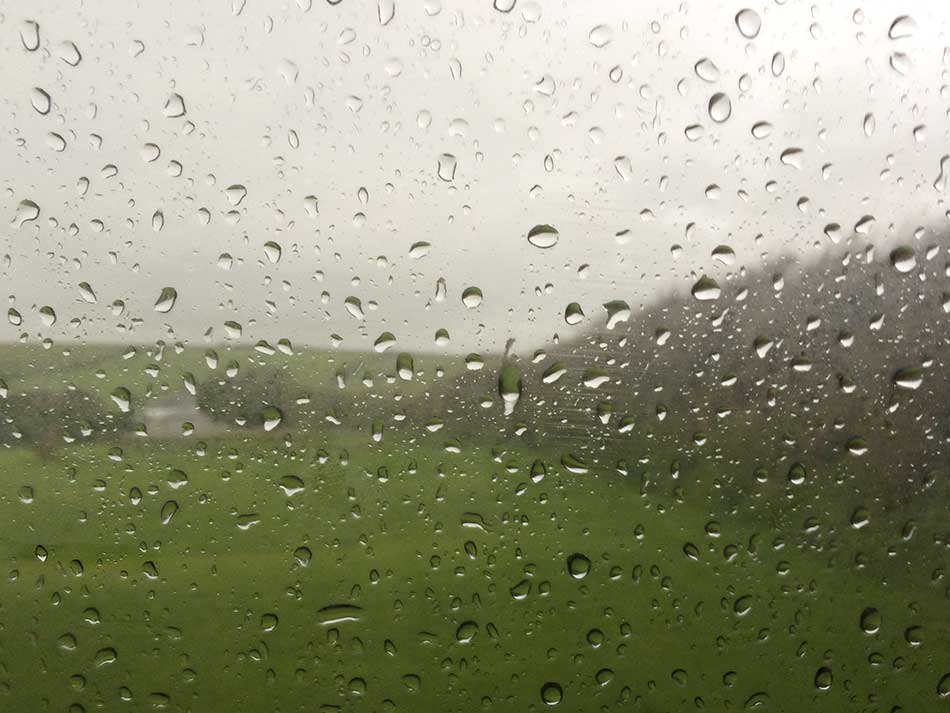 View from the camper

Hot chocolate and a good book kept me going for the evening before I settled down for the night under our new VW camper bedding! 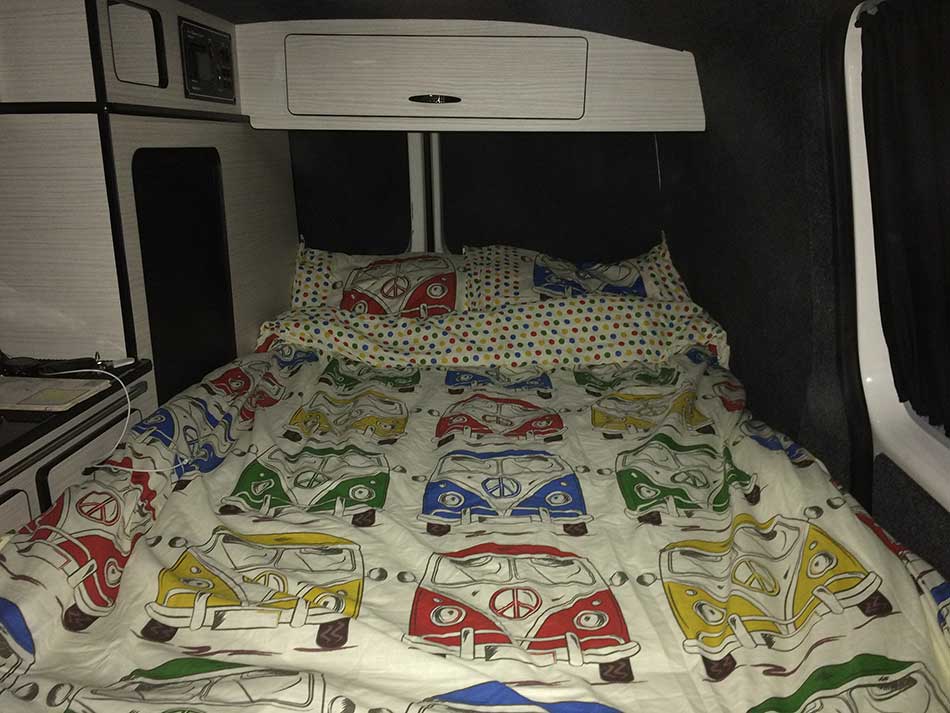 The rain and impending quadrathlon prevented me from sleeping much though. The following morning dawned damp and breezy but by the time I’d finished my breakfast, checked out of the campsite and headed into Bude, it was drying up and soon the clouds cleared. The sun was out by the time we were setting up for the quadrathlon and things were looking nice on the Bude canal. People were out in pedalos on the canal and some guy was getting ready for his wedding. The race was soon upon us though and turned out to be really good. I’ve written and Awesome Foursome Quadrathlon race report elsewhere. 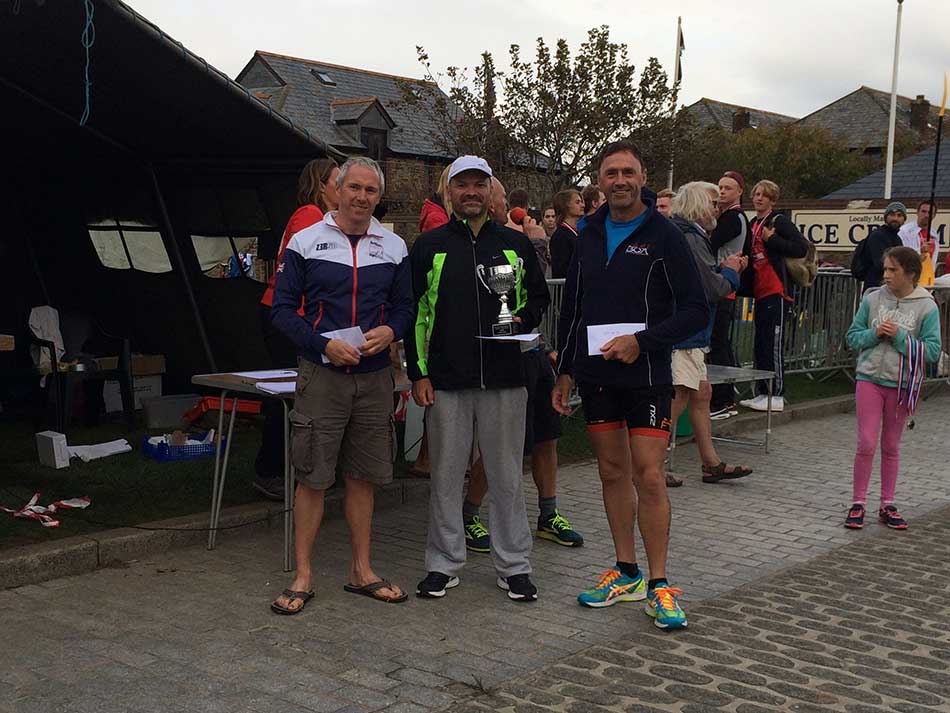 Once the race was over I packed up and hung around for the prize givings. I then had a nightmare journey through yet more torrential rain and lots of speed restrictions due to standing water on a dark and dreary motorway. There were diversion in place closer to my parents house as well as the entire M5 had been closed due to a terrible accident. I made it there safely though and spent another night at my parents house. This was followed by breakfast in the morning then I headed off once again.

This time I was bound for Cardiff and the second race in the Welsh Cyclocross series. This was a bit of a shambles for me really. Not surprising with the way my legs were feeling after yesterday’s quadrathlon but I got around it on one piece and finished the race without any issues. I once again loaded the van up and hit the road for the 3 hour journey home.

Phew, time to relax but what a weekend! I left washing the bikes and unloading my surf ski until Monday. I did manage to get out for a little surf ski in the waves on Monday morning though. 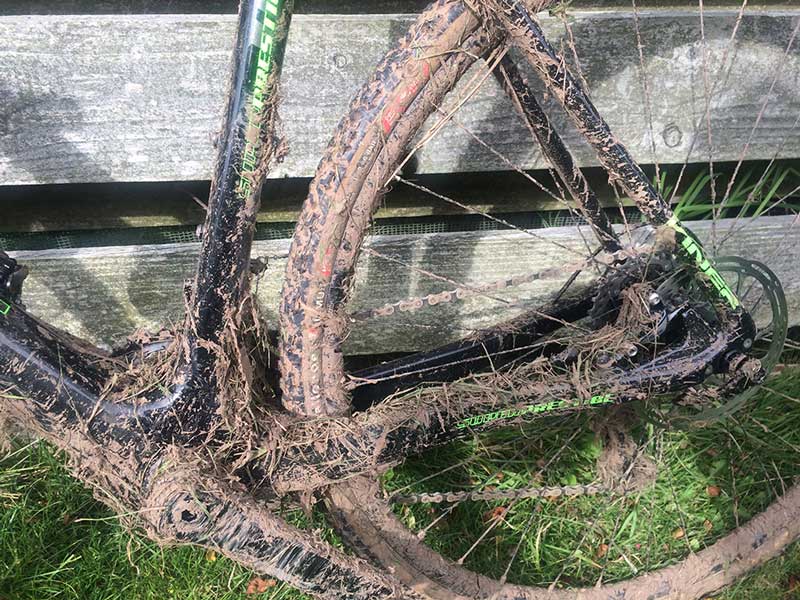