A Weekend in Shrewsbury

I was ‘competing’ in my second ever Quadrathlon in Shrewsbury on Sunday so we decided to make a weekend of it. We all had Friday off so after a relaxed start packed the camper and headed off to the Shrewsbury Showground. It was a lovely day and we arrived in good time to an almost empty huge camping field alongside the main show arena. There were two other motorhomes on the far side of the field as we set up camp. One seemed to belong to people doing the triathlon on Sunday and one to a Quadrathlete and there was a kayak on the roof of the adjacent car. 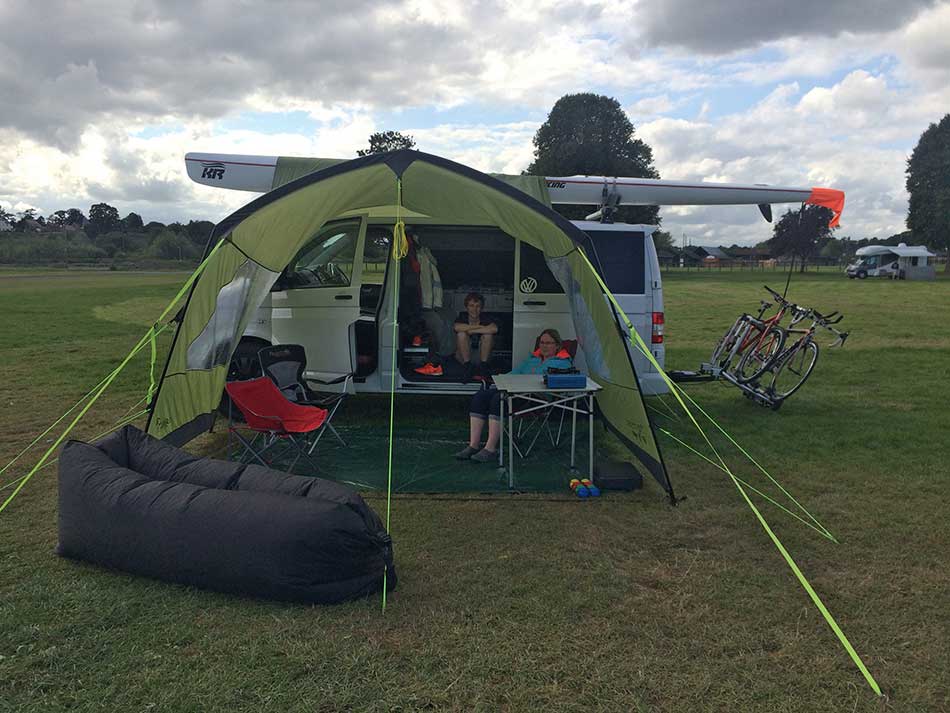 We set up camp and then chilled in the van for the afternoon / evening. 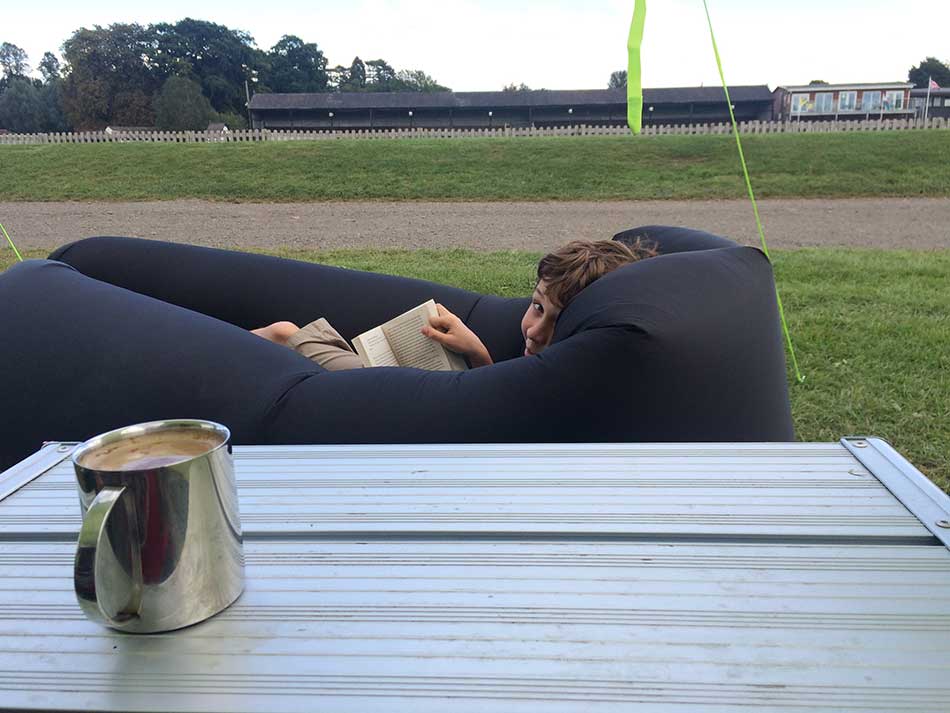 We checked out the facilities which were a little basic. There was also something wrong with the water in the gents as it was brown and smelt of rust. We coped with it though and subsequently got Anna to fill up bottles of drinking water from the taps in the ladies. 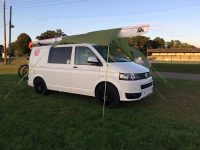 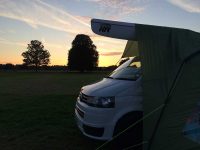 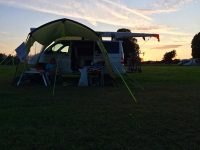 The quadrathlete in the motorhome opposite introduced herself via Facebook posts so I went over for a chat. We wandered around the showground and along the river. Skimmed some stones and relaxed reading our books. We then watched the sunset . 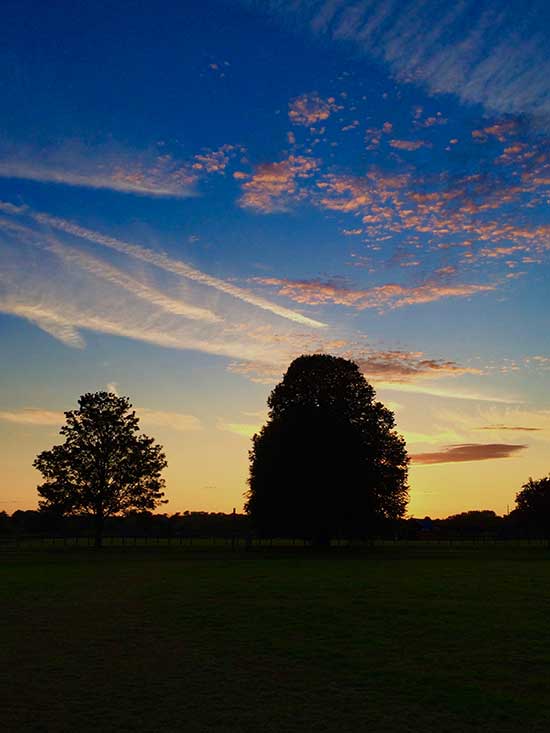 Not long after that we settled down for the night in our cosy camper. 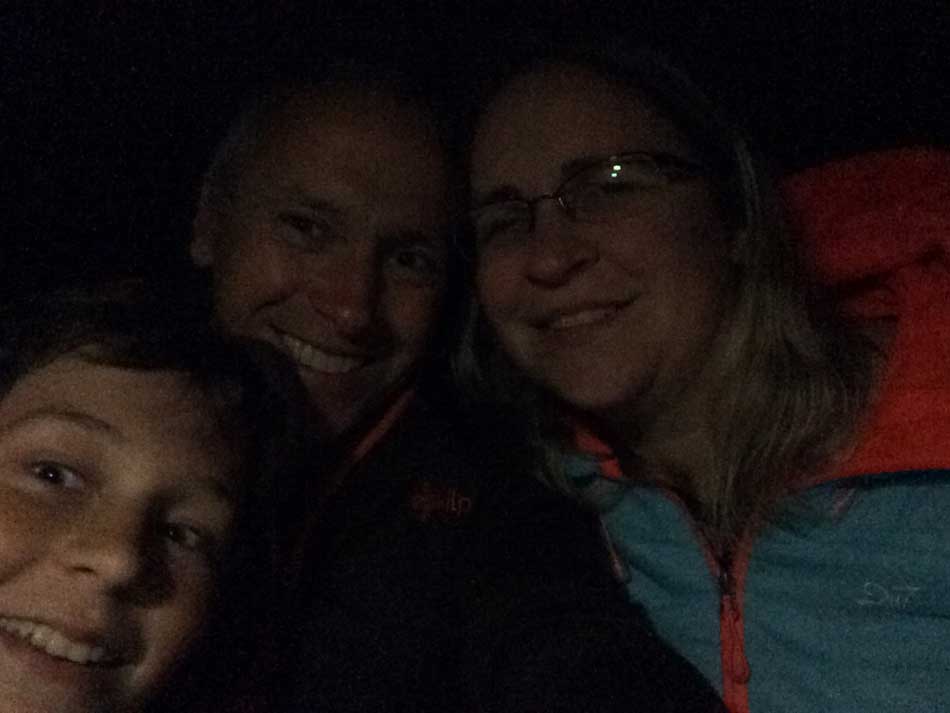 Saturday was Anna’s birthday so she opened cards and presents in the van first thing on Saturday morning. Her main present from me, a new iPhone would have to be purchased later in the weekend but she had the vouchers to get it. 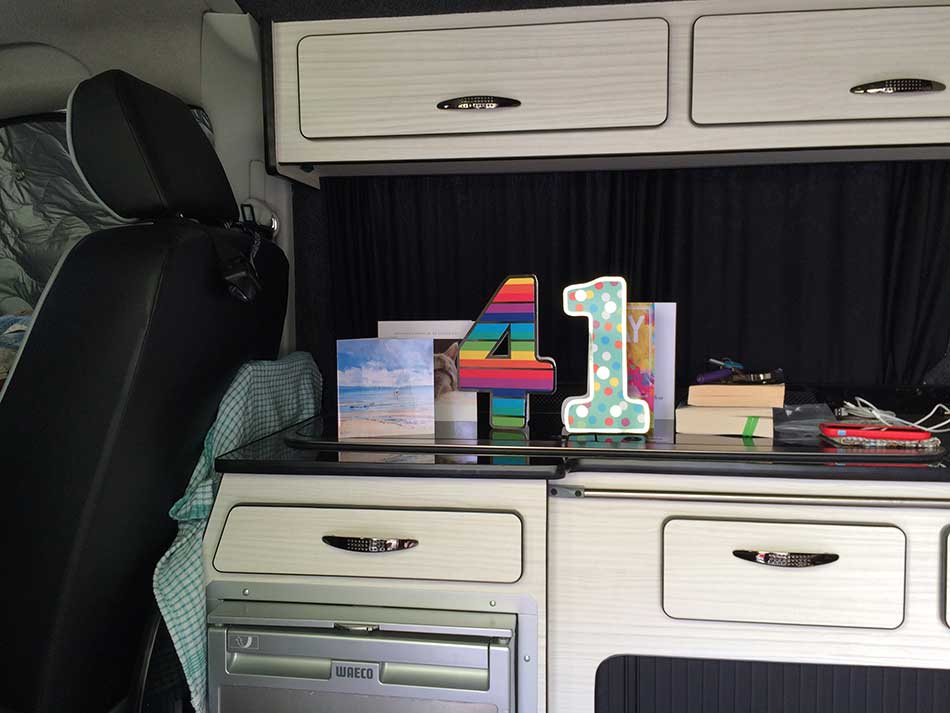 The plan for the rest of the day was to chill in the campsite then head into Shrewsbury wander around town and then meet my parents for dinner. My parents were in the area to support me in my race but also to meet my uncle and auntie (my Mum’s brother Paul and his wife Anne-Helen). They have recently bought a house nearby so my parents wanted to see it. On top of that Paul was hoping to race in the triathlon on Sunday so they would be abler to support him in it as well.

As we sat chilling in the sunshine my parents arrived to sing happy birthday to Anna and give her more presents! They stayed in camp with us for a little bit and had a tour of the showground then we all headed into Shrewsbury together. It took a while to find somewhere to park and the traffic was quite bad but we were soon crossing one of the many bridges across the River Severn into Shrewsbury where we had lunch and then explored the town. 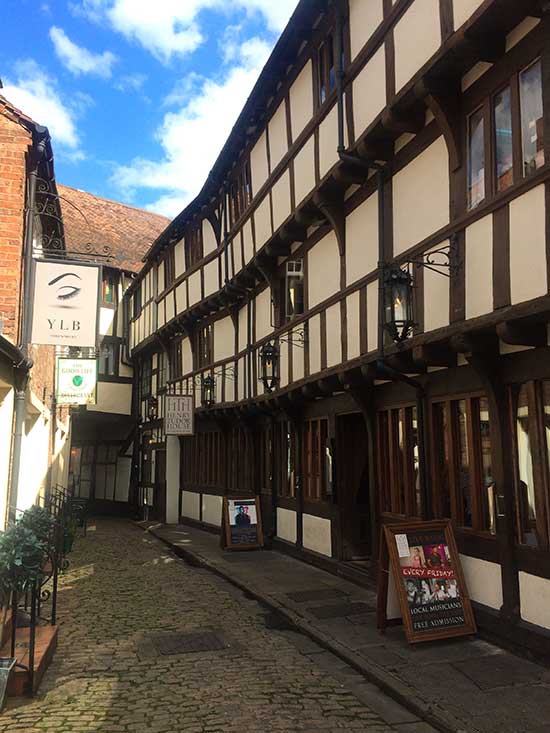 It was a nice relaxed day though with strolls along the riverside, geocaches and shopping. We didn’t buy anything just browsed and then stopped off for coffee before heading to Ask Italian for dinner.

Dinner was good, and over with pretty quickly but we did embarrass Anna a little by singing Happy Birthday to her! We then headed back to the car and my parents dropped us off at the campsite before heading off to their hotel. Tomorrow was race day so after hot chocolate it was time for bed and a busy day at the Shrewsbury Quadrathlon and Triathlon.

The race went well, despite the wind and rain. Such a shame about the weather after the glorious sunshine of the previous day but there’s little that can be done about that. I raced well and had a good day, as did everyone else. We had chance to catch up with Paul and Anne-Helen which was nice as we don’t see them that often. Hopefully that will change now that they live a little closer to us. We caught up with Steve and Biddy too and of course chatted to a few fellow Quadrathletes. Although I didn’t get to see them after the race as we were with family instead.

After the race we packed up camp and headed into Telford where we bought Anna a nice new iPhone SE. They retail for £379 from Apple but Argos had them on offer at £299. We saved more by buying vouchers through Perkbox though which gave us an extra 10% off and then we earned a £10 voucher from Argos too for spending more than £100 so in then end paid £259 for a phone that usually retails at £379 – We do like a good offer!

We then headed a few minutes away to Steve and Biddy’s house where they treated us to a delicious dinner of homemade lasagne, salad and crusty bread followed by a yummy rhubarb crumble. It was good to catch up with them and share some stories but all too soon it was getting late so we had to head off home after a lovely weekend away and the end of the summer holidays.