With Autumn well and truly here it can only mean one thing – The Welsh Cyclocross Series 2017 season is here. Time to get cold, wet, exhausted and very muddy in various fields around Wales with loads of other lycra clad middle-aged men! There are of course plenty of other categories to compete in so not every one there is a lycra-clad middle-aged man, but I’m in the Veteran 40-49 age group so the people I’m competing against are. (Thought I’d better add that so as not to upset any of the non-middle-aged, non-male riders. There are even some people not wearing lycra!)

As usual I wasn’t feeling ready. I did head out for a token ride on my Cyclocross bike once in the week, but that was the first time it had been used since the end of last season. In fact I’ve barely been outside in the real world on a bike of any sorts this year. I don’t take Cyclocross too seriously though so there was always the opportunity to just take it easy somewhere near the back of the pack should that be the best option. I’m not racing for places or overall standings, I’m just there for a good workout and to have some fun.

The first round of the Welsh Cyclocross Series 2017 was at the Royal Welsh Showground in Llanelwedd, Builth Wells. No need for an early start or to rush as it was only just over an hours drive for me. I loaded up the van and headed off through drizzle and heavier rain showers. I was soon there and parked up in the large car park where it seemed as though half the vehicles were VW Transporters as well.

The kids races were already underway so I wandered around for a bit saying hello to people I knew from Aberystwyth and a few familiar faces from last years races. I couldn’t sign on yet so I had a little ride around the top of the course on my mountain bike. 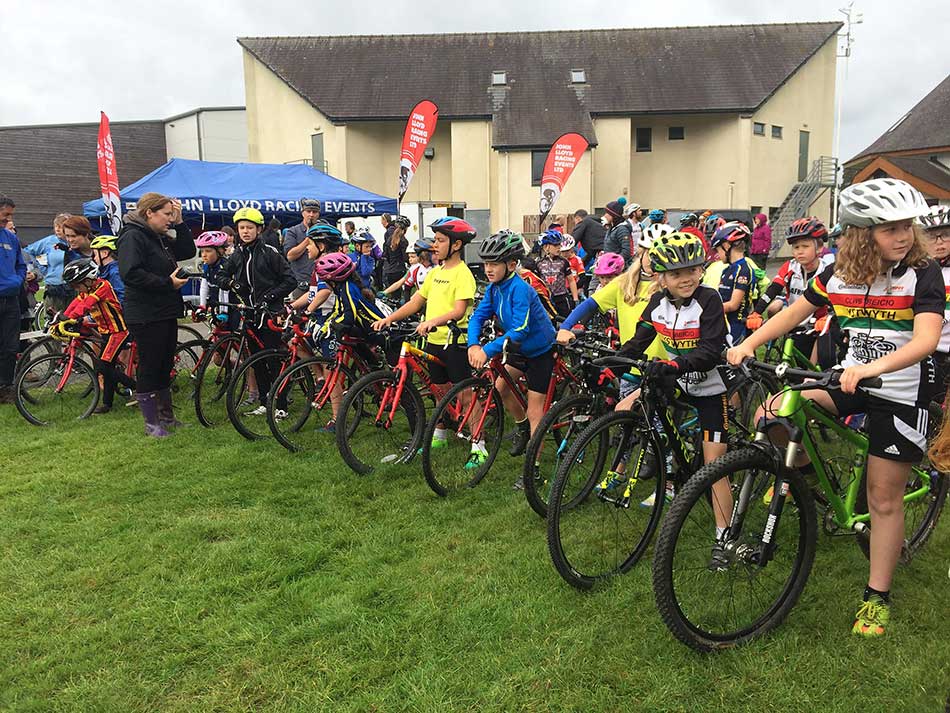 It was quite a technical course. It was a long lap for cyclo-cross, had a fair bit of climbing and lots of steep slippery climbs and descents and some tricky bits of single-track too. It was a bit of a toss up as to weather a cyclo-cross bike was the ideal choice for such terrain or if a mountain bike would be better. It’s called cyclocross though so I decided to be true to the format and use my cyclocross bike – there might be some running involved for the trickier sections but that’s all part and parcel of cyclocross. I therefore left my mountain bike in the pit area and headed back to sign on and get my cyclocross bike.

I then had time for a quick 2 laps of the course to check it out before our race started.

I saw Chris who I had been racing a fair bit last year and had a chat. He had decided to go with a mountain bike having seen the course. He was also looking fit and had been doing a fair bit of multi-day long distance cycling in Europe all summer. I don’t think I’ll be competing with him this year!

As it was the first round of the series there was no seeding and it was a case of just lining up where you thought felt about right. I ended up somewhere towards the front of the middle of the pack. And that was it, we were off and sprinting to the first corner. After the little loop around the main arena there was a steep grassy climb, a small section of single track and then we missed out a section on the first lap instead heading up to the top of the course. On subsequent laps there was a grassy section with some off-camber turns and a flight of steps to contend with before heading up to the top of the course. 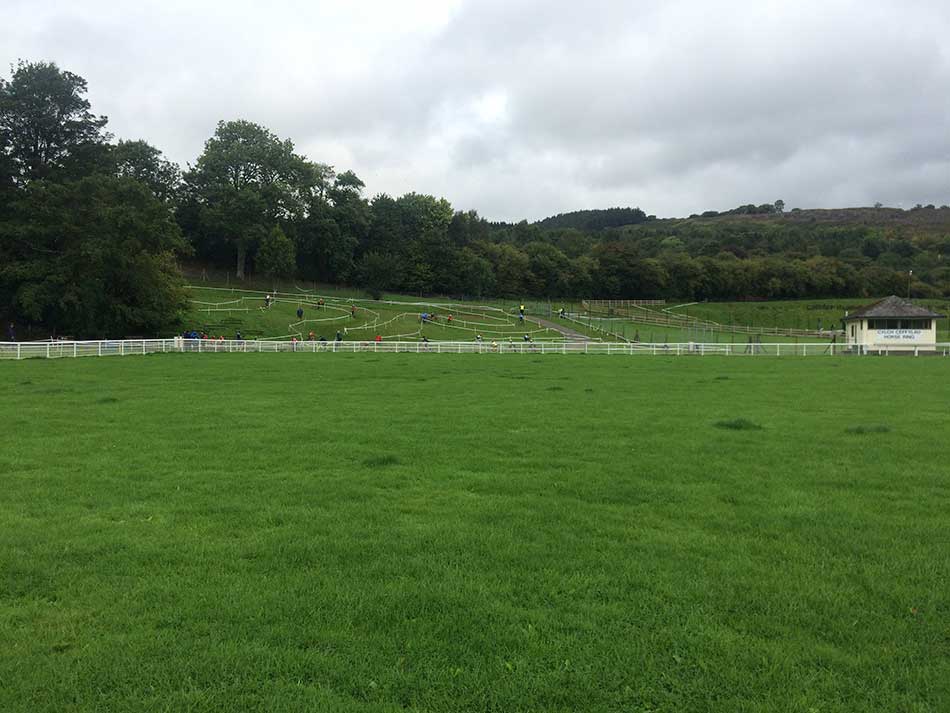 I soon settled into a hard pace. Chris had pulled off ahead of me and one or two people overtook me on this first lap but I was riding hard and doing OK. I managed to overtake Chris on the little climb into the steps on the second lap and then pulled away from him a bit up the rest of the climb. He however managed to overtake me on a tricky section a lap later and then opened up a gap on me as I began to tire.

I was riding the whole of the course though. I was a little tentative on one or two of the steep drops and one or two of the tighter bends but I was on my bike and riding well. I was only dismounting for the steps.

The bell marking the final lap came a little sooner than I was expecting so I had a little bit left for the last lap and picked things up just a tiny bit. I’d been going hard all the way around but my legs felt OK. I sprinted up the steps with my bike on my shoulder and a spectator even commented on the fact that I still had ‘fresh legs’ I put in one or two other hard sprints around final lap to gain a few places but then lost a place on the final slippery corner to someone on a mountain bike.

The results aren’t out yet but I did OK. I’m never going to be great at cyclocross but it was certainly a good workout. My Training Peaks log flagged up 5 new performance peaks, all based on the highest heart rates I’ve ever recorded. The results might not back it up but my heart rate monitor at least proves that I put in a good effort. I rarely ever see heart rates into the 170’s and usually only get it to around 165bpm even on hard interval efforts, so a 20 minute average of 171bpm is massive for me! 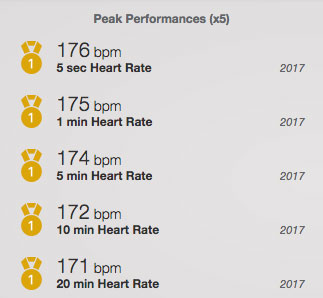 With my timing chip and number returned, it was time to retrieve my mountain bike and make a quick change of clothes in the camper. I then popped to the shop to buy some milk. I was going to be good and resist the temptation of a Burger King meal but as I was right next door and could do with a coffee I ended up getting a Whopper meal! I then had a nice drive home through pouring rain and settled down for the rest of the day with a beer and a nice evening meal whilst a proper full-on autumnal storm raged outside.