After a nice night sleeping in Ramsey the Campervan in the dunes of the Ayres I was up earlyish for a walk in the dunes. So much like home! Once back at the camper it was pancakes for breakfast and then we headed off to check out the wind at Ballaugh. It was pretty windy on the Ayres and had been all night so I was hoping to get a windsurf session in. 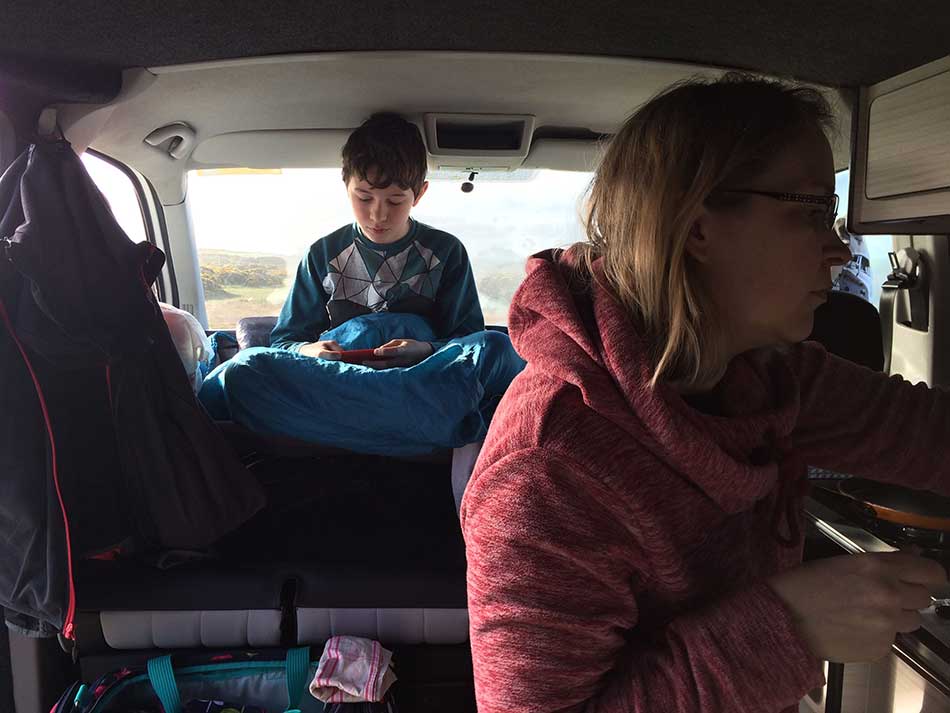 Breakfast in the Camper

We decided to stop off at Jurby Junk though just to let Morgan see it. It wasn’t quite open when we got there though and somehow Morgan managed to catch his finger in the door of the van as he got out to investigate. It looked pretty bad and had a big dent across it and was going pretty purple in front of our eyes. He didn’t seem to worried about it at first but the pain slowly began to hit him. We quickly drove into Jurby itself to see if we could get an ice pack for him. I packet of frozen peas from the shop would have to do. As Anna was buying these I was sat with Morgan who was now being sick thanks to the pain and shock. What a waste of pancakes!

The frozen peas were applied and I popped next door to the health centre and GP’s surgery to see if they had anything better. They didn’t, so the bag of frozen peas were Morgan’s companion for the morning. He was able to move his fingers OK though and although it was beginning to swell it wasn’t swelling that much.

We went back to Jurby Junk for a wander around and to marvel that a place selling quite so much junk (literally) could still be in existence. According to the signs on the door and the £30,000 a year rent, it won’t be around for much longer though. 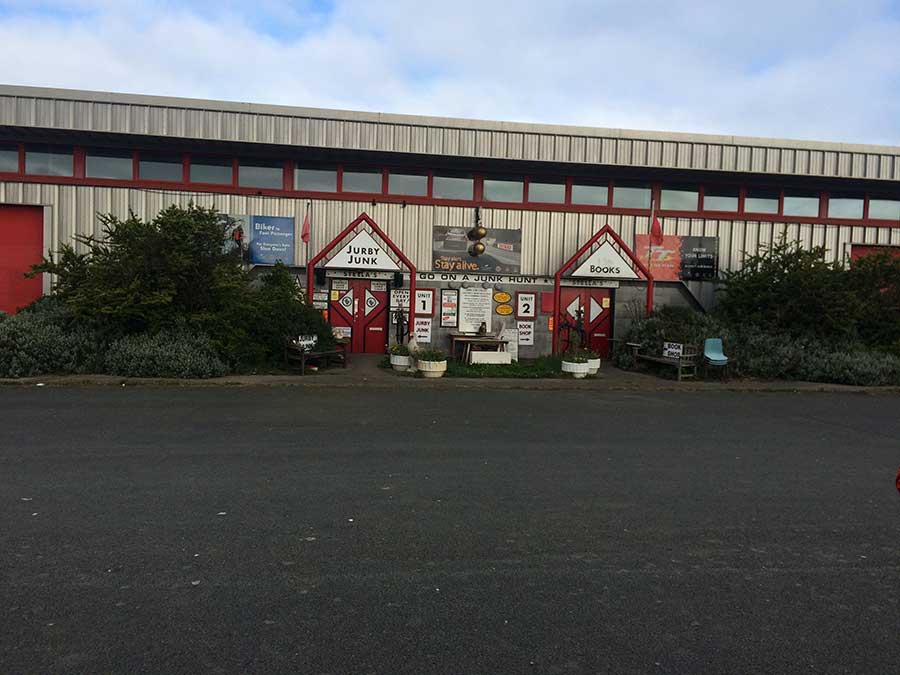 The wind had dropped off by now, but we popped to the beach at Ballaugh to check. There wasn’t enough wind for windsurfing so we continued on our way into peel to buy some presents for people. Kippers for my parents, chocolates for the people looking after our cats, and of course some chocolates for us too. 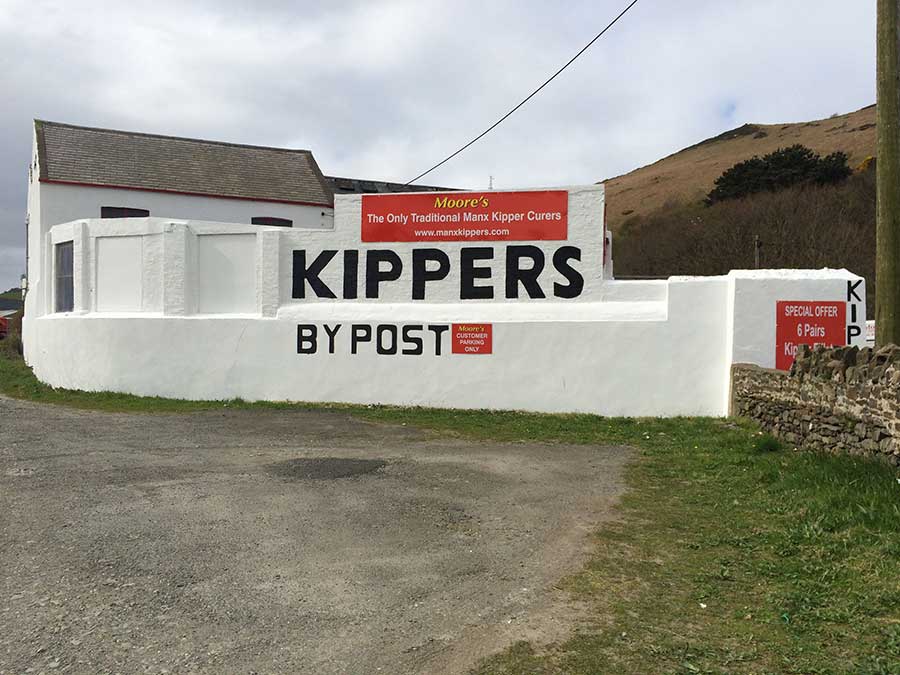 We had a nice little stroll around the harbour too and took a look at Fenella Beach whilst we were there. It was pretty cold in the wind, so not a day for sitting around and lazing about. We therefore jumped back into the van and headed into St Johns for some more retail therapy.

Anna wanted to buy some treats for the guinea pig which apparently she can only get on the Isle of Man. We also bought some cool hooks for Morgan’s bedroom which I have now installed. 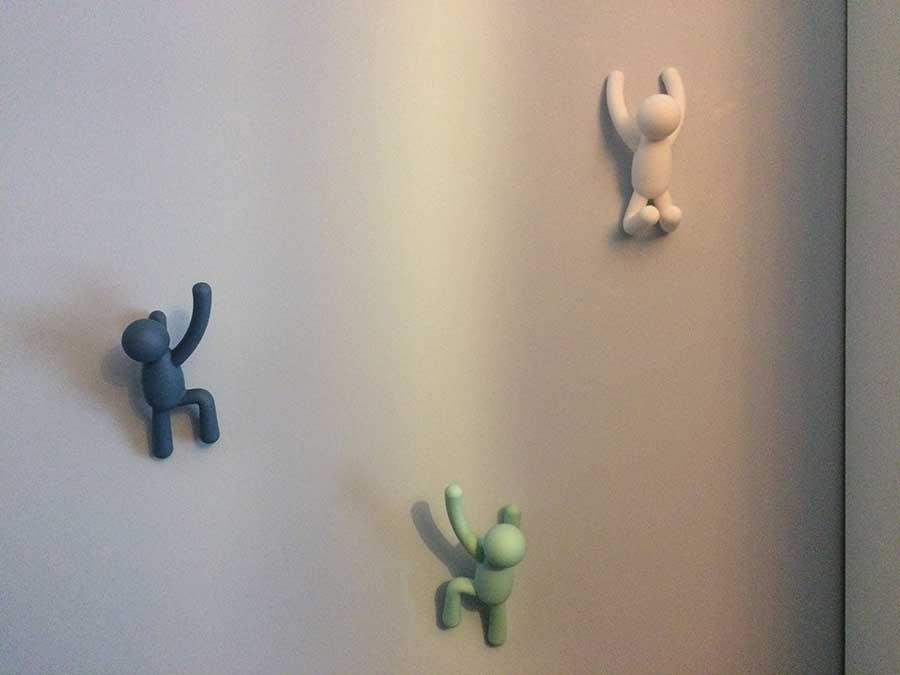 We had a nice lunch in the restaurant there too along with coffee and then headed off towards Douglas where we were going swimming.

We stopped off at the garden centre to buy some compost for Anna’s Mum and then hit yet more closed roads and diversions on the way to the National Sports Centre. It seems as though the whole of the Isle of Man is being dug up at the moment! The swimming pool was open though so Morgan and I swam and played on the slides for an hour or so while Anna sat and watched.

It was then time to head back to Pat’s for dinner. We did pop to the beach at Castletown first though just to see if there was enough wind for a quick windsurf. There wasn’t. 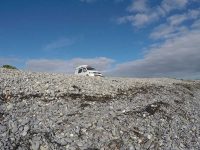 An Evening in Port Erin

Anna was meeting up with some old friends from the Rushen Silver Band and joining in one of the practises this evening. Morgan and I went into Port Erin with her and dropped her off and then headed off in search of a pub with a pool table as Morgan has a thing about pool at the moment.

First stop though was shoprite for an ice cream and some chocolate and to find a quick geocache. It was one that had eluded us in our early days of geocaching, but with more experience under our belts it was found in second without even using GPS or the cache description. We then found another quick cache nearby and headed off in search of a pool table.

As we walked past the Falcons Nest hotel we could see a pool table, but there were people playing on it and lots of people in the room watching too. We decided to find somewhere a little quieter. Next stop was a pub next to the station (The Haven I think). This also had a pool table with people playing on it and a few others in the room too but we went in, bought some non-alcoholic drinks and decided to wait. Everyone playing pool looked pretty good though. They all had their own cues and such like and seemed to know what they were doing so we were feeling a little intimidated and not quite so keen to have a game. It didn’t matter though because as we were discussing it we got kicked out anyway! Apparently Morgan isn’t allowed in there as he is under 16. It would be OK for him to be in a pub that served food with me but as they don’t serve food we weren’t allowed to be there. They did at least refund the money for our drinks.

As we were being kicked out we asked where else there would be a pool table. We were told to try the Cherry Orchard opposite  and that we wouldn’t have managed to have a game in the Haven anyway as there was a pool match on. We left and headed to the Cherry Orchard but were turned away there as well. Apparently there was a match on throughout Port Erin so all of the pool tables were being used and there was no chance of a game for us.

We headed back to the van and played pool on our iPhones as darkness fell. We didn’t have too long to wait before Anna finished though so we played and chatted in the van and then headed off to get her before heading back to Pats and off to bed