Weekends are always busy for us and the past weekend was no exception. Saturday was packed full of Christmas festivities for the Scouts.

It started with the annual Christmas charities fete in the Community Hall in Borth. The Scouts were running the Santa’s Grotto, the kitchen, a big raffle, the tombola, a brick-a-brack stall, a books and DVD stall and a local produce stall.

Before we got there we baked a batch of banana muffins to add to the produce stall and labeled up some of our precious Ynyslas Honey as a donation to the stall as well. Once in the hall there was a decent turn out from the Scouts all of whom were looking good in their uniforms. The were manning the various stalls and putting on a good display for the local community. There were plenty of other stalls too from charities such as the lifeboats, the and the community gardens.

All went well with the stalls and the raffle, and the grotto was as popular as ever with the kids too. The kitchen did a good trade in toasties, teas, coffee and cakes as well. It was good chance to see some people from the local community of course and even a few work colleagues from a little further afield. Packing up and clearing away is always the worst part though!

We couldn’t hang around for too long though as we had a few things to do in Aberystwyth, including the collection of a new TV and had to get a few supplies to finish off our lantern. The lantern parade was due to start at 4:15pm so we were meeting the Scouts in St Michaels church at 4pm. We first had to finish the lantern though as it was left during last week as three separate triangles and a star so currently looked nothing like a Christmas tree. An hour of battling with sticky tape, lights and tinsel soon had it looking the way we wanted it though and it was soon transported to the church ready for the parade.

It was a nice evening for it too with nowhere near as much wind as last year when our lantern only just survived the weather. The lantern was a less extravagant affair this year but it still went down well. After hot chocolate and mince pies in the church the parade began. It was led by Mary (on a donkey of course) and Joseph, followed by the Aberystwyth Silver Band (in which Anna was playing) and then the lanterns including the Scouts with our lantern. 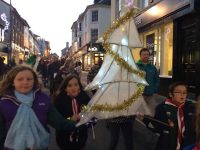 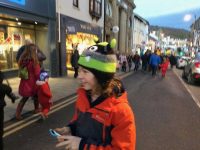 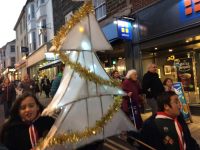 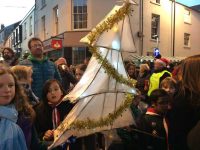 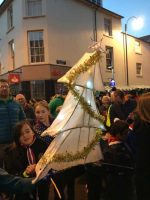 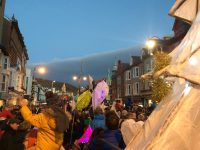 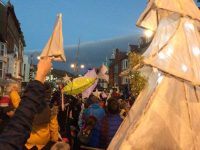 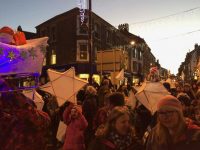 I do think they started the parade a little early though as it wasn’t even dark. It was only just dark by the time it was all over.

There was then time for carols around the tree and the turning on of the town Christmas Lights before we all headed off in our separate ways. We went to KFC for dinner and then headed home to play with our new TV.

At least it was dark by the time we got back to the car where we were treated to a lovely night sky with the moon and Venus shining brightly and Mars a little dimmer off to the left. 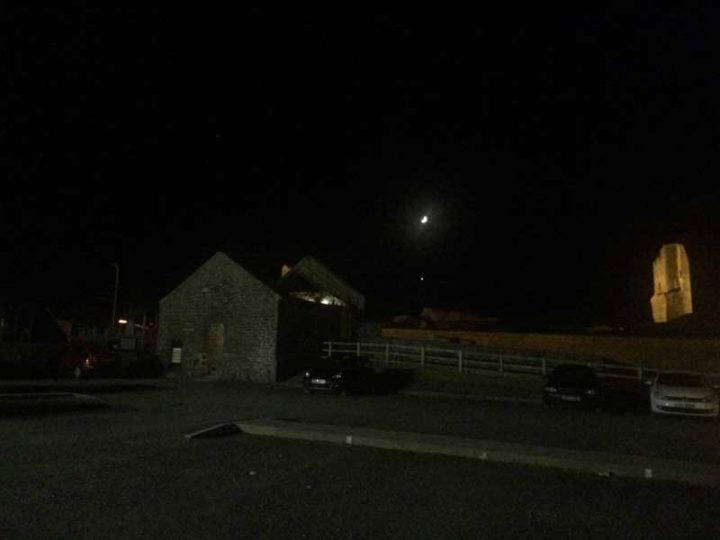