PokÃ©mon Go is all the rage at the moment and we’ve jumped on the bandwagon with it. Mind you, we managed to tie it in with a full day of digital treasure hunting on Saturday. To start with we were trying to gain a geocaching souvenir by doing a geocache that had at least 10 favourite points. The nearest such cache to us just so happened to be a Wherigo so we were hunting for PokÃ©mon, completing a Wherigo, gaining a Geocache and earning a digital souvenir all at the same time!!

Wherigo to get a Souvenir 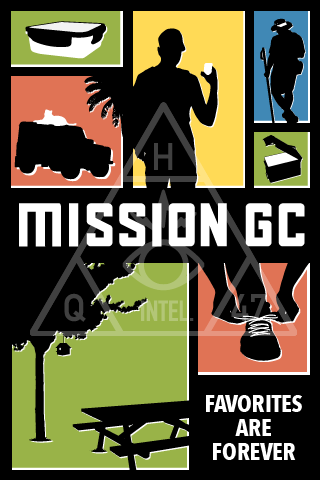 The Souvenir was one of the Summer series that Geocaching HQ tend to organise each year. This year they are in the form of puzzles as part of “Mission GC”. Anna did most of the work solving the puzzle – or at least, she worked out the cipher and deciphered it but then couldn’t quite put the letters into words even though that bit was obvious! We soon had the details of the mission that we had to complete to get the souvenir. The souvenir was called ‘Favourites are Forever’. We simply had to find a geocache with 10 favourite points or more. A quick check of the Geocaching database and there were a few we hadn’t found on Cadair Idris that met the criteria, one on Plynlimon and a Wherigo in Aberystwyth.

The Wherigo cartridge took us on a nice little walk around some historic points of interest in Aberystwyth, including down a little alley and flight of steps that we didn’t even know existed. Yep, after more than 20 years of living in Aberystwyth geocaching still took us somewhere new.

After about an hour strolling around in the sunshine, pausing to read the Wherigo instructions and pausing to catch PokÃ©mon we came to the final coordinates and found the cache. With the log book signed we had completed geocache number 720, found a Wherigo cache and had gained the ‘Favourites are Forever’ Souvenir. Not a bad morning strolling around Aberystwyth.

We also popped into Coffee #1 for coffee and cake, and into Isaac’s for sweets and fudge.

As mentioned above we were also PokÃ©mon hunting. In case you haven’t already heard of the latest digital craze of PokÃ©mon Go, here’s a brief intro – don’t worry, I knew nothing about PokÃ©moin a few days ago either. 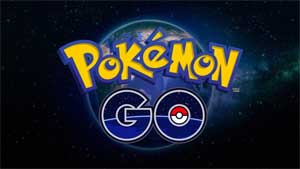 As far as I know, PokÃ©mon started out as physical cards that you collect and traded with friends. This soon became a digital game in which you travelled around a virtual world catching and collecting PokÃ©mon. The latest PokÃ©mon Go game takes you out into the real world where you move around the landscape looking for and catching PokÃ©mon with your mobile phone. This ties it in a little with the geocaching above as it uses your GPS location as you move around your surroundings to determine where you are and what you see on the PokÃ©mon Go map.

As you travel around you come across  PokÃ©mon and then have to interact with them on your phone by throwing something known as PokÃ©balls at them in order to catch them. Once you’ve caught them they are added to your inventory and registered in your PokÃ©dex – this is a list of all the PokÃ©mon that you have found.

At the moment there are 148 different PokÃ©mon to find (142 of which are available in the UK). Apparently different types of PokÃ©mon are more likely to turn up in certain environments than others. Some live near water, some in towns, some in grass and so on which means you need to visit different places and different areas in order to “catch them all”. Some are only available in certain regions of the world as well, hence the limit of 142 available in the UK.

Catching PokÃ©mon not only adds them to your inventory but also gives you experience points, candies and stardust which you use to level up and progress through the game and also use to evolve or power up your pokÃ©mon into stronger forms. 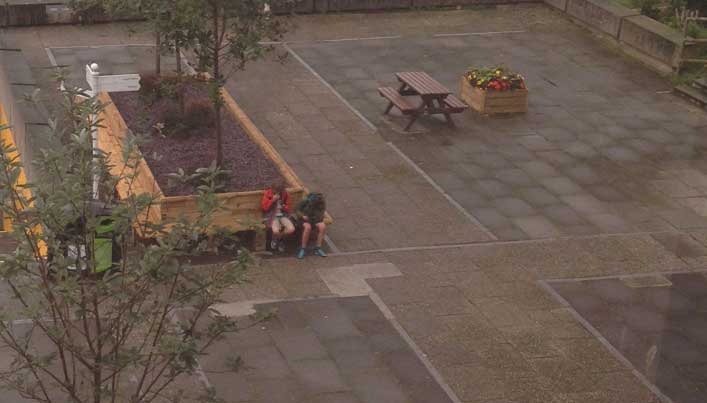 There’s a little more to the game than just running around the place finding PokÃ©mon though. The PokÃ©mon themselves can pop up anywhere and tend to hang out in certain environments. There are certainly more PokÃ©mon in Aberystwyth than in Ynyslas so I imagine that cities are full of them.  There are also things called PokÃ©stops. PokÃ©stops are in fixed locations, usually at landmarks or historic features such as statues or plaques. These are locations that you can visit in order to stock up on PokÃ©balls and other game items.

PokÃ©mon gyms are also in fixed locations and tend to be at more significant features. Once you are at level 5 in the game you can enter these gyms and do battle with other PokÃ©mon. I won’t go into the details of battling gyms, owning gyms, training PokÃ©mon in gyms and the various teams that you can join.  You can find that out elsewhere if you need to, but it’s an added dimension to the game that can be fun. We managed to get Pokemon into 4 gyms yesterday. 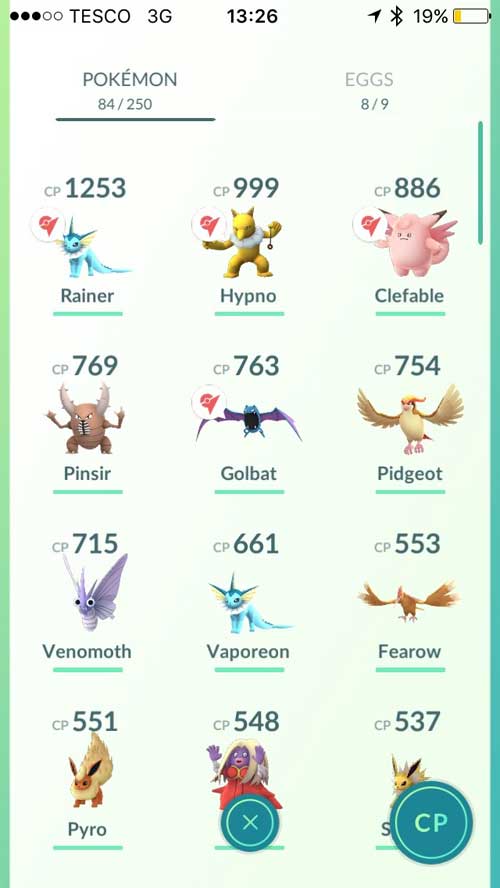 In it’s simplest form, PokÃ©mon Go is really a digital treasure hunt in which you roam around the real world looking for PokÃ©mon to collect. A little like geocaching really. The added gameplay elements make it appeal to younger people as well though and it is the craze of the summer 2016.

As I mentioned in a previous post, PokÃ©mon Go doesn’t work too well near our house. We do however live ‘in the middle of nowhere’ as far as most people are concerned, and it seems as far as PokÃ©mon are concerned. For a start we have terrible mobile reception here and it needs 3G to work. Secondly there are very few pokÃ©mon around, and not many pokÃ©stops or gyms either. We have therefore been heading into Aberystwyth most days of the school holidays so far so that we can wander around visiting all of the places with pokÃ©stops and gyms.

It sounds silly but it gets Morgan out of the house and gets him walking. Yesterday he just wanted to keep going. Around campus first, past the National Library down into town and out along the seafront, Up to the top of Consti, back down again, through Penglais woods and up to the viewpoint. Back into campus and on we went.

We must have walked miles in total and Morgan couldn’t get enough of it. There’s even a part of the game that encourages you to walk as you can collect eggs and place them into incubators. The only way to get these incubating eggs to hatch is to walk certain distances. There are 2km, 5km and 10km eggs and that’s how far you have to walk with them in an incubator before the egg will hatch. At this point a PokÃ©mon pops out so it’s a good way of hatching some of the rarer forms and encourages players to walk long distances in order to hatch their eggs.

We’re doing OK in the game – not brilliantly but we’ve only been playing for a few days. We are currently level 18. 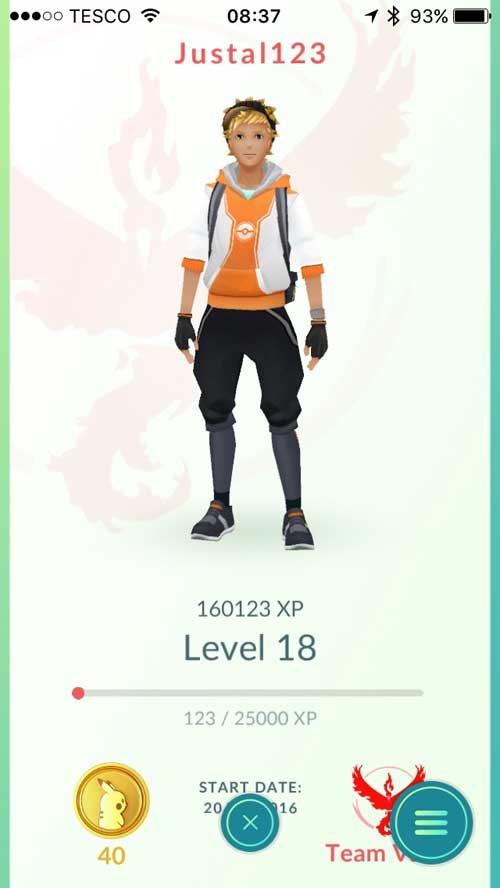 We have caught 61 different types of PokÃ©mon and 432 altogether – Here’s what is in our Pokedex at the moment.

We also have a few fairly strong PokÃ©mon for defending gyms too! 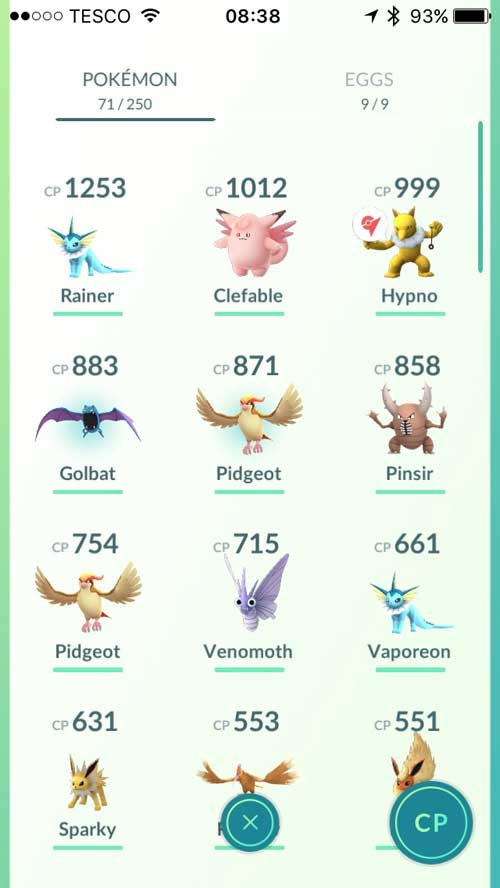 Who’d have thought that a silly PokÃ©mon game on a phone would encourage us to be having days out traipsing around Aberystwyth? It does seem as though this will be what the summer holidays hold in store for us though, and we’re not the only ones. Everyone seems to be doing it and many businesses are taking advantage too. In some places coffee shops that have a pokÃ©stop accessible from their premises are buying lures within the game (with real money) and continuously placing them on pokÃ©stops. These lures attract pokÃ©mon to the area so people are encouraged to sit in the coffee shops buying coffee and cake whilst catching pokÃ©mon.

It looks as though we may even be having a day out at Portmeirion soon thanks to PokÃ©mon Go as apparently it is a hotspot for rare PokÃ©mon. It could all be marketing propaganda from Portmeirion of course, but according to this article it has seen tourists to the site increase by 13 per cent since the launch of PokÃ©mon Go in the UK as it is reputed to be a â€˜goldmine’ for high ranking PokÃ©mon characters and has three gyms, more than 16 PokÃ©stops and a wealth of rarer PokÃ©mon.

Morgan now wants to buy a PokÃ©mon backpack, PokÃ©mon badges and probably more battery packs to keep my phone charged whilst on extended PokÃ©mon hunts. I’m having fun spending quality time with Morgan though and Anna enjoyed our day out on Saturday too… Mind you, I think that maybe she’s a secret PokÃ©mon fan really as the only photo I saw from a recent work ‘Away Day’ that she attended was one that looked as though she was pretending to be some sort of PokÃ©mon herself. 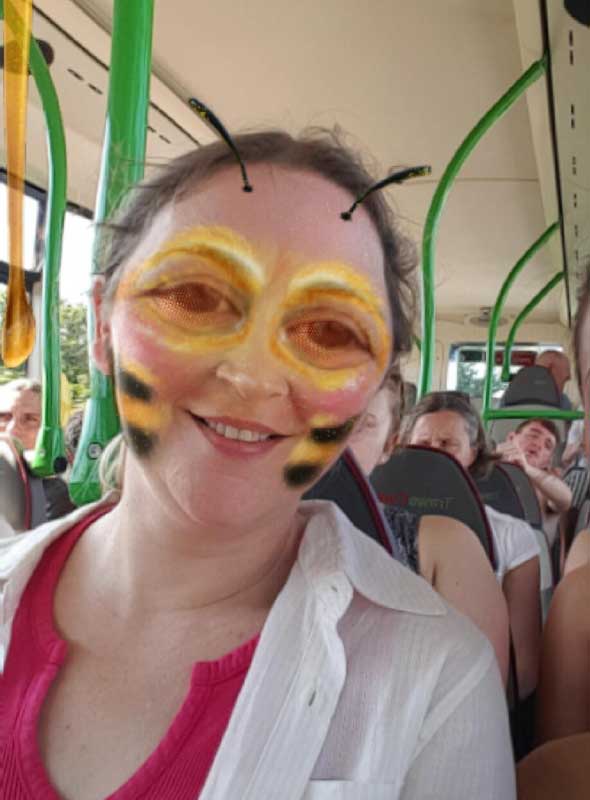