Morgan was at home ill on Monday, he wasn’t too bad but he was recovering from a nasty bout of diarrhea and sickness on Sunday, so I was housebound too. I did a fair bit of work first thing, then did an hour on the turbo trainer with some VO2max intervals courtesy of ‘Shortoff +1’ from TrainerRoad. 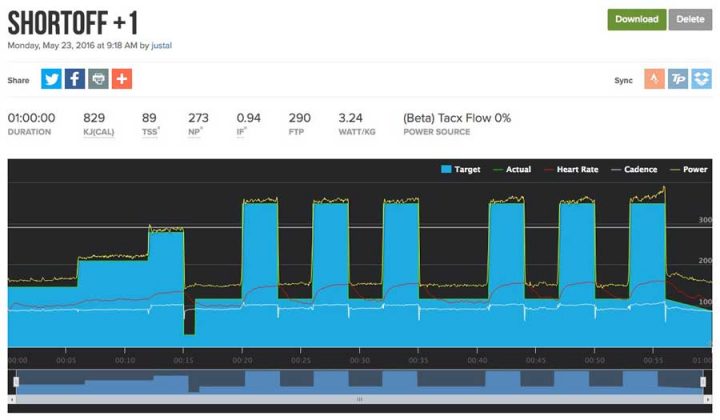 Hard work, but good. I then blitzed the house, giving it a good clean, polish and vacuum whilst doing several loads of washing and hanging it out in our super-drying-conservatory. When the sun is shining in the morning washing dries in no time out there. After lunch it was time for some garden reconstruction. 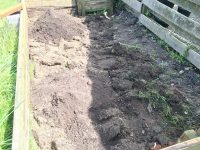 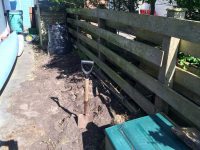 Clearing behind the house 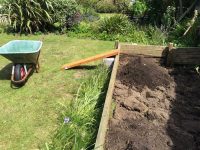 The garden reconstruction was hard work but I guess it was exercise and at the same time I was not only clearing out behind the house ready for the construction of a new lean-to but I was creating a new raised bed for veggies as well. Three things at once. It wasn’t all hard work though as I did manage a bit of down-time to drink a cup of tea in the garden and admire the flowers. 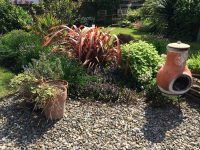 Time-out in the Garden 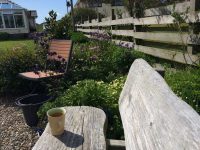 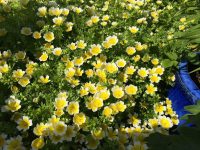 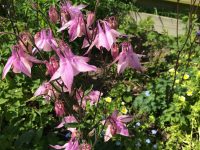 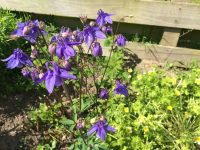 Bees on the Increase

I also stopped the garden reconstruction to do a bee inspection as well and I’m pleased to say that the bees were doing well. Loads of new eggs and quite a bit of brood so they will be increasing in numbers very soon. There were already quite a few bees in there and they were covering at least 8 frames in the brood box and have some honey in the super too. I think we need to be vigilant and look out for signs of swarming. Maybe we should just split them to preempt any swarming? It would be nice to make increase from these as they are such nice bees.

It’s good to feel as though we’re making progress in the garden, but there’s always so much to do.