After our little stroll into Balmaha yesterday, we had decided that we wanted to take a boat trip out to the island and Nature Reserve of Inchcailloch. It’s only a couple of hundred yards off shore from Balmaha and I was going to swim out to it, but decided against that as I would then have a wet wetsuit to deal with whilst on the island. We therefore headed into Balmaha after breakfast and caught a little ferry across to the island. There was no wind at all today and the waters were mirror calm. If I had brought the stand-up paddle board with us I would have paddled out around the island, but the little boat trip was nice too. 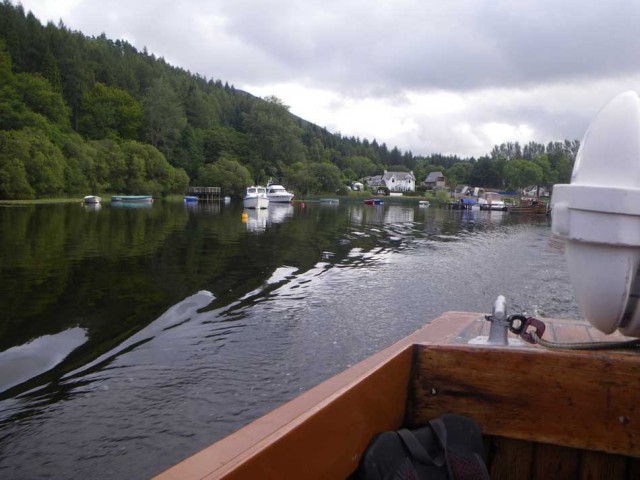 There were a couple of geocaches to do on the island so we set off for a walk, first to an ancient burial ground and then around the island to the lovely bay of Port Bawn. This little beach was about as idyllic as it gets especially on a day like today with the mirror calm waters providing a perfect air of tranquillity. Once again I was wishing I had the SUP with me. 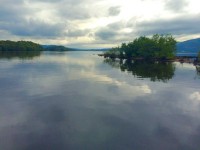 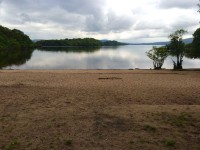 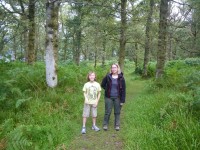 With the geocaches found it was time for a stroll back to the jetty for the boat trip back to Balmaha. Morgan and I took the longer route up to the summit for some amazing views out across Loch Lomond.

Off to hunt for Dinosaurs

After a quick lunch from the village shop in Balmaha and a coffee from the coffee shop (all owned by the same people as the Oak Tree Inn) we jumped in the car for a short drive into the outskirts of Glasgow and the town of Milngavie where Morgan’s friend Cameron now lives. We had a coffee and cake with them and then we headed off with Cameron to a little woodland not too far away. The woodland known as Killearn Woods was home to a series of geocaches themed on dinosaurs. There were 8 separate caches each of which contained part of the coordinates for a final 9th cache. They took us on a nice walk around the woods, through the bracken and up and down the hill. We found all 8 and worked out the coordinates for the ninth, but by now Anna and Morgan had had enough. I was quite happy to go looking for the final cache which was supposed to be difficult to get to and difficult to find and Cameron wasn’t bothered either way, so outnumbered we decided to leave it and head back to Cameron’s house. 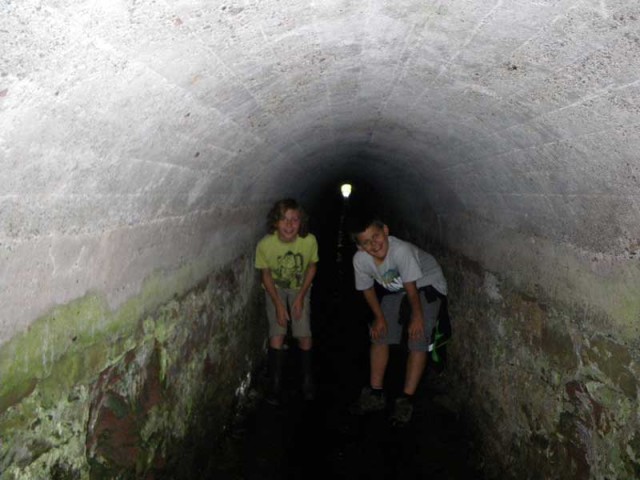 We left Morgan there with Cameron as he was staying over and Anna and I headed back to Balmaha for another nice dinner at the Oak Tree Inn. I had a clansman pizza today with haggis on it!