A Family Stand-up Paddle Board Session

With summer in full swing and what looked like the best day of the week weather-wise it seemed a shame to work all day while the sun was shining so Anna and I arranged to finish at 3pm collect Morgan from school and then head to the beach.

It would have been nice to go out on the Stand-up Paddle Board with all of us on it, but I had a quick go with just me and Anna and it simply didn’t have enough buoyancy for both of us. So Anna sat on the beach for a bit whilst Morgan and I went out to explore the reefs. Morgan had a quick snorkel behind one of the reefs and then we headed out to the buoy just offshore from them where there were loads of huge Barrel Jellyfish, and the odd Compass Jellyfish too. 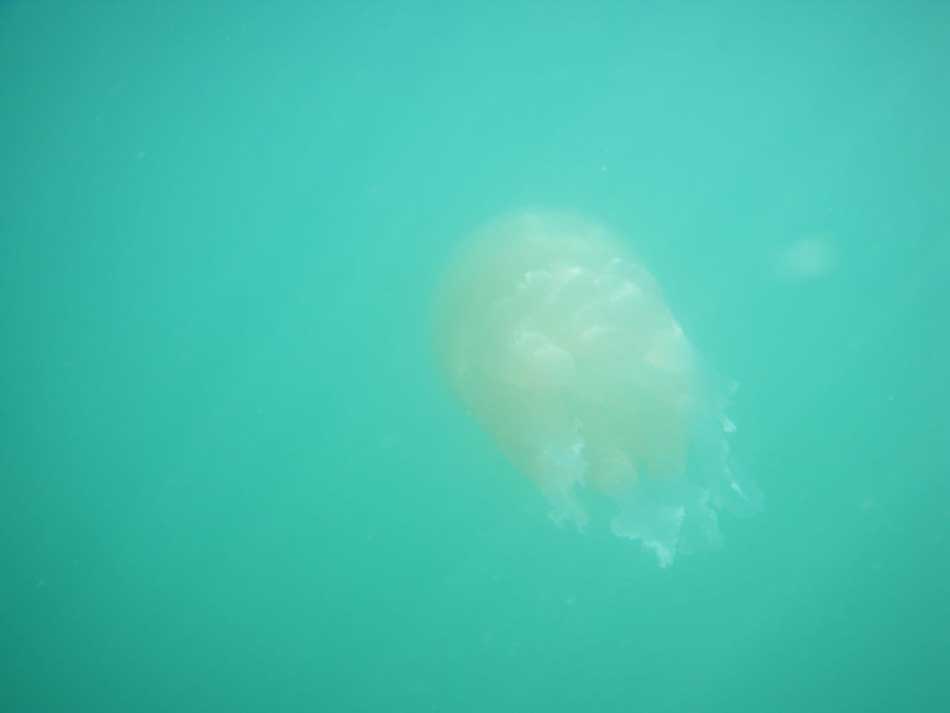 We then headed back to the beach so that Morgan and Anna could have a go at paddle-boarding on their own. 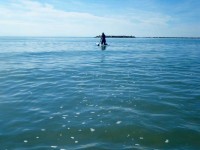 Anna into the blue 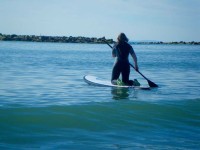 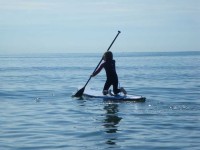 Getting the hang of it 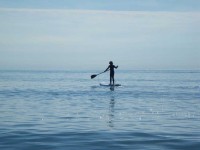 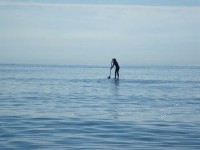 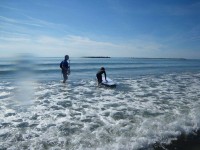 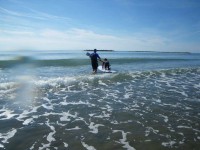 We didn’t have much time though as Anna and Morgan were playing in the band later. The original plan was for me to swim in the sea in Aberystwyth whilst they played in the band and then for me to take Morgan home to bed halfway through the practise. I couldn’t resist another Stand-up Paddle board session though, this time in Aberystwyth, so they dropped me off on the seafront and headed to band.

I headed out from South beach around Pier Rocks and out around Castle Point. The water here was crystal clear and I could pretty much see the seabed throughout the entire session, even when I was out in quite deep water. I paddled across the length of South Beach and then up into the harbour, around the harbour and back out to investigate the mouth of the Ystwyth and then back out to sea and around to North Beach again.

Aberystwyth from the sea 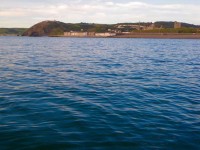 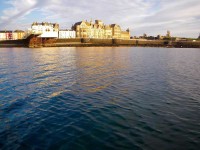 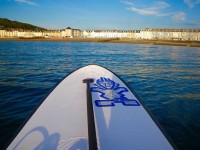 I was making good time in both directions, knocking off 100m in about 45 seconds when going at a decent pace.

Once back at  North Beach I paddled across the bay to Consti and then pootled about for almost an hour waiting for Anna and Morgan to return with the car to take me home. It was a lovely evening out there though with a number of other people out on kayaks and sit-on tops. No sign of any dolphins though, and not even very many jellyfish in Aberystwyth. A perfect way to spend a summer’s evening in Aberystwyth though.