We managed to inspect our bees in our out apiary at the weekend. It was a little too cold with a keen Easterly wind here at the coast, but it was better in the hills so we took a quick look. 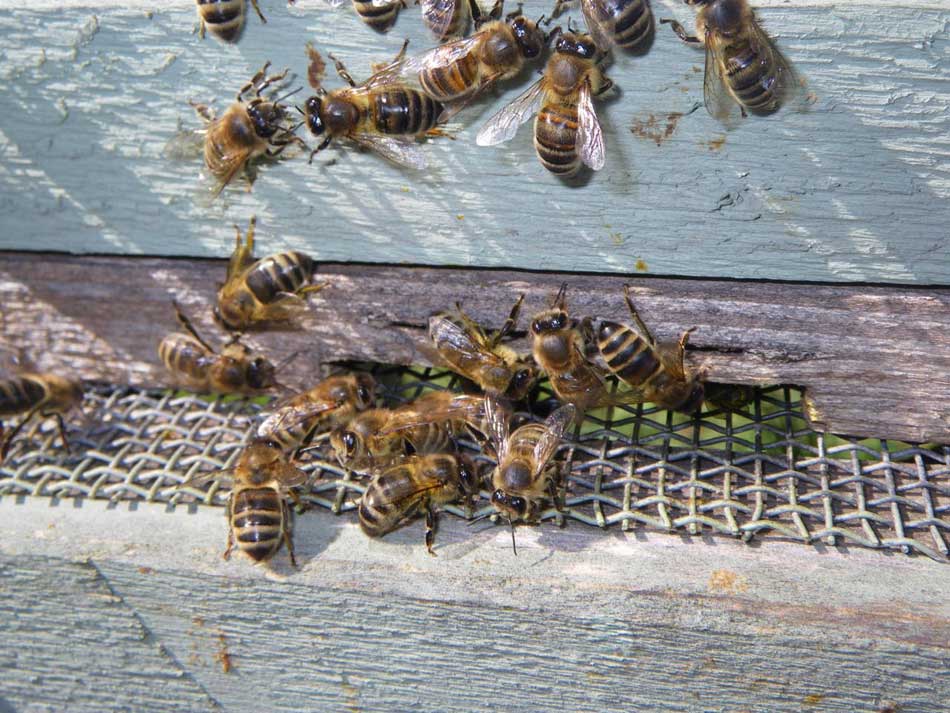 It was nice to see so much blackthorn flowering around the hive and the bees were returning fully laden with pollen from the willow trees too. Hopefully there will be plenty for them to forage and feast on in the hills as this will be our first full year keeping bees in this location. Hopes are high for some decent honey from them.

A healthy colony in the hills.

The colony was looking in good shape. There were loads of bees, they had some stores left over and better still there was lots of new brood and larvae along with loads of eggs. We didn’t see the queen herself so couldn’t be sure if she was in the brood box or the super as we had kept them on a brood and half configuration for the winter. It would have been nice to see her and make sure she was in the brood box but as we couldn’t find her we still put a queen excluder on between the brood box and the super which should mean that next time we check we’ll be able to tell which part of the hive she is in. 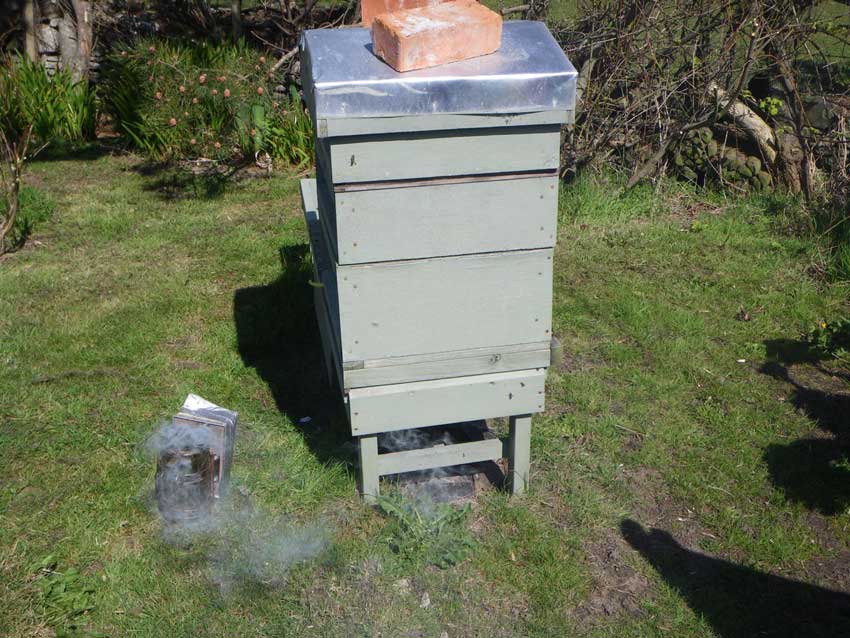 It was nice to see that there was blackthorn out flowering everywhere and the bees were returned fully laiden with pollen from the willow too. Hopefully there will be plenty for them to feast on in the hills as this will be the first full year that we’ve had bees in this location.

Things are OK in the seaside Apiary

The wind eased on Monday and it was a glorious day, so I managed to take a look at the bees in our back garden apiary too. The first hive looked good. Not as many bees as in the hills, but I saw the queen and she was in the brood box, they had lots of stores and there were some , but not loads of eggs and new larvae. I had to move the brood box off the floor though to give it a bit of a clean as there were lots of dead bees accumulated on it. As I put it all back together I took another look to make sure the queen was still in the brood box but this time I couldn’t see her. In the end I put it all back together anyway, along with a queen excluder between the brood box and super, crossing my fingers that she was indeed still in the brood box.

The next hive didn’t look quite so good. There were only a few bees in it, other than the thousands that were dead on the floor. They all looked as though they had starved which is silly as there was plenty of sugar syrup for them. I cleared the floor out and had a look through the few bees that were there. At least one of them was the queen and she had laid a few eggs too, so with luck they’ll bounce back.