Day 4 of Summer dawned with clear blue skies and plenty of promise. 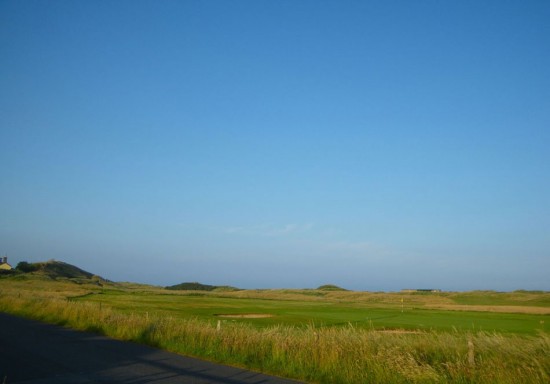 Lots of work to do today though so once again it was an early start in order to fit it all in. Blogging, cleaning, vacuuming, breakfast, stretching, working on websites and then off to a local business to work on their invoicing software for them.

The final part of that was over quicker than I expected so I was soon back home and once again working on websites and battling with Internet connections. Plusnet our ISP phoned and asked me to put the router back into the main telephone socket so they could test it again as there were lots of errors and lots of noise on the line. I did so, they tested it again and told me that the noise and errors on the line were improved when the router was in this socket. Their conclusion therefore was that the errors were coming from the wiring in our house so it was our problem. Somehow I don’t quite believe them, but they said to leave it where it was and they would reset the ‘Signal to Noise Ratio’ SNR settings at the exchange for us and that speeds would improve.

Indeed they did as within half an hour we were getting 3.3Mbps download speeds, the best they have ever been. Apparently this will now vary over the next 10 days as the line goes into a ‘training period’. This means that speeds may fluctuate and we may see occasional drops as the line pushes itself to test the balance between stability and speed. My prediction is that it will drop down to being fairly slow at around 1.5Mbps again, the same as it always has been even when the router is plugged into the telephone socket in the office.

The main issue with having the router in the hall is that the weather station PC that uploads live weather data to my Borth and Ynyslas Weather Station website doesn’t have a wireless card and therefore needs to connect to the router via Ethernet – I can’t run an Ethernet cable from the hall to the office. I did buy a wi-fi dongle for it last week and have been struggling to get it to work. Whatever I did though it wouldn’t see the network and therefore couldn’t connect to the Internet wirelessy. I tired an old wi-fi dongle that we had as well without any joy. In the end I took the large, proprietary wi-fi dongle out of the digibox in the lounge and tried that in the PC – it worked straight away and the weather station PC now had a wi-fi connection to the Internet. Hooray, 3rd wi-fi dongle lucky! I can only surmise that the wi-fi dongle I bought last week was faulty. Why does nothing ever work first time. I’m now going to have to send it back!

Anyway, we now had fast(ish) Internet and all computers and devices were connected via wi-fi so I could leave the router in the hall where apparently there weren’t any errors on the line. I still think there are errors on the external line though and that the speeds will once again drop. Within 10 minutes  they went from 3.3Mbps to around 2.9Mbps but they then stayed like that for the rest of the day. In comparison to what we usually get I’d be happy with that as 2.9Mbps is more than twice as fast as usual. Mind you by about 11pm the speeds were down to 2.4Mbps.

It’s now Wednesday morning and speeds are now down to 1.9Mbps – What did I tell you? I’ll have to give them the benefit of the doubt for now though as they did say speeds would fluctuate whilst the line goes through a training period.

Anyway, after working at home and battling with broadband it was time for the school run and then to drop my car off at the garage to have its brakes fixed (again!). This should have been easy as I had phoned Kwik Fit earlier in the day and booked it in. On the phone I had been told to ask for Chris, but when I got there I was told that no one by the name of Chris had ever worked there. It transpired that I had been put through to the wrong branch and had therefore booked my car in somewhere else in the world, not Aberystwyth. I sorted it in the end though and had to leave the car with them so Morgan and I bought some doughnuts and walked up the hill to the University in the blazing sunshine. I dropped Morgan off with Anna and then went circuit training which was a particularly hot and sweaty affair. It always is, but the heat today made it much worse than usual.

Thankfully I had arranged for an open water swim off Aberystwyth seafront afterwards so had that to look forward to. Anna was playing in the silver band in the bandstand on the seafront so I met her there, then met up with Kerry. Anna went off to play in the band, Morgan stayed to watch her (after having a quick splash about in the water with me) and Kerry and I set off towards Clarach on a lovely evening swim.

There were lots of jellyfish around again and I got stung several times across my face and once on my foot. It isn’t that painful but it is uncomfortable, kind of like a prolonged electric shock across your face, but it fades after a few minutes. The swim itself was nothing too hard, just a nice easy plod towards Clarach whilst doubling back on myself several times to go back for Kerry. The conditions were lovely though and it was the perfect way to cool off after such a hot sweaty circuit session.

After the swim I got some food from the cafe on the prom and Morgan and I sat there watching the sunset whilst eating chips and cake and listening to the band play in the bandstand – Aberystwyth seafront at its best.