After a busy triathlon related morning on Saturday we spent the afternoon working in the garden. There’s loads to catch up with but we picked strawberries and red-currants, fixed the water feature, mowed the lawn, weeded and generally tidied up as well as planted a few things out that had been a little neglected in the greenhouse.  Anna managed to fit in a little snooze as well.

The sun had finally come out and with no wind it was lovely out there. Perfect for some outside dining – Something we rarely get to do here in windswept West Wales. I fired up the Barbecue and we had a quiet little dinner al fresco in the sunshine. Morgan then popped next door to play cards, Anna snoozed and I caught up with the Tour de France and the Formula 1 qualifying.

When Morgan came home he informed us of some fireworks in Borth that were to be the culmination of the events that had been going on for the Borth Railway Station 150th Anniversary Gala Celebrations. We decided to pop down and have a look as it was such a nice evening. After a quick look at the beach we wandered down to the staiton. 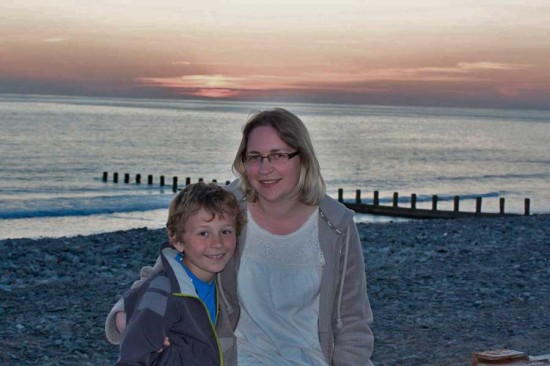 At the station there were bands playing in the marquee, a laser show and video on huge screens draped over the station and people generally having a relaxed and chilled time. We bumped into lots of friends there, had a chat and then as darkness fell watched the fireworks whilst eating popcorn.

Most people had seen my article in the paper by now so everyone was congratulating me and it was good to catch up with a few people we hadn’t seen for a while. Morgan seemed more interested in climbing every wall he could find though but seemed to enjoy himself all the same. 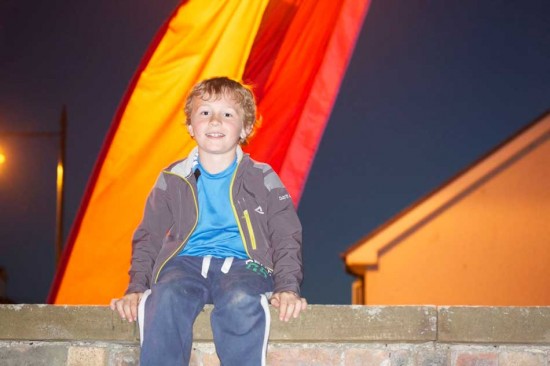 It was quite late by the time we got home though – just enough time to fit in some more food and chocolate before heading off to bed after a busy day.