My last triathlon, which I did about a month ago was the big climax to the year. It was the World Championships in Auckland that I had been working towards all year. It had been a long year of racing and training and when I crossed the finish line ‘finished’ was the operative word – in more ways than one. 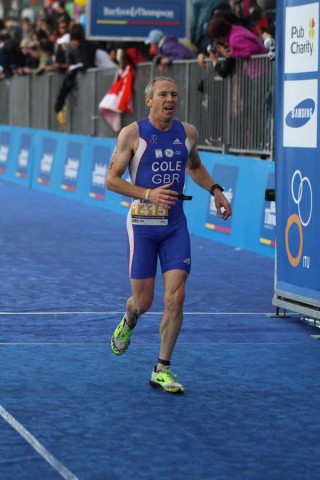 The race had gone well. The swimming and biking were fine and despite not running for about 12 weeks prior I now even think that my run may well have been a 5k PB. The course was 5.3km long which I did in 18:36. I’ve worked it out and I think if it had been 5km that would have been 17:32 and a new PB!

The months of training and racing had taken their toll though. I was tired both mentally and physically and it was such a relief not to have to follow a hard training plan and a strict diet. It was now time to chill, take it easy and let myself go. I do tend to do things to the extreme though and the cakes and treats during our two week long holiday in New Zealand were consumed in great quantities. So much so that the sudden reduction in exercise and increase in calories meant that I’d put on 10kg in weight by the time I returned to the UK. Not ideal I know, but I did enjoy the treats!

Now back in the UK it’s back to the training and a better diet, but not full on ‘triathlete’ mode just yet. The diet is back on track and I’ve already lost half of the weight I put on in New Zealand and plan to lose a little more before Christmas arrives. Christmas itself will probably add some weight again of course.

As far as the training goes, the plan is to take it fairly easy and not to follow a strict training plan quite yet. I shall still be swimming, biking and running almost everyday and probably doing more than one session on many days but I’ll just be doing what I feel like doing when I feel like doing it. Knowing me I’ll probably end up doing just as much as when I have a structured plan, but mentally it will be refreshing not to ‘have’ to do something.

Come the New Year I should be full of motivation and raring to go – I hope so anyway as by then I’ll have a full list of races lined up including both the European Championships in Turkey and the World Championships in London.