Surf Skiing in the Snow

That was a nice way to start the day. 0ºC and light snow as it got light, but virtually no wind and just a small swell on the sea. I had a surf ski training session planned so headed over to the beach as the snowfall intensified. Wearing just a 3/2mm wetsuit seemed a little like too little protection in this weather, so I had a thin neoprene vest on as well as a thin windproof jacket, my buoyancy aid and a fleecy hat. No gloves though and my feet were already a little cold in their wetsuit boots.

I headed off for an hour of paddling. I headed north along the beach with the incoming tide and then into the estuary. I was doing ½ mile intervals at a moderately hard effort followed by ¼ mile recoveries. I soon warmed up and even my unprotected hands felt fine. Meanwhile the snow was falling heavily and the rooftops in Aberdyfi, which could just been seen through the morning gloom, were slowly turning white. The sandbanks and beach were white too and a thin covering of snow was accumulating on the deck of my surf ski. I headed into the estuary and into the channel on the Ynyslas side. After the 3rd interval I turned around and started retracing my paddle strokes back. This time against the tide so my pace slowed somewhat.

The snow-flakes were big and fluffy by now and getting difficult to see through. I therefore stayed close to the shore and in amongst the swell lines so that I could at least know which way the land was should the visibility drop completely. After interval number 6 I was back where I started with 10 minutes to spare so played in the waves. I’d been quite warm up until now, but the first wave over the top of my head soon cooled me down. A few nice wave rides later and it was time to head home. This time, the snow crunching as it compressed beneath my boots.

Back at home it was straight into a nice hot shower and then back to the beach to take a few photos of Ynyslas in the snow. 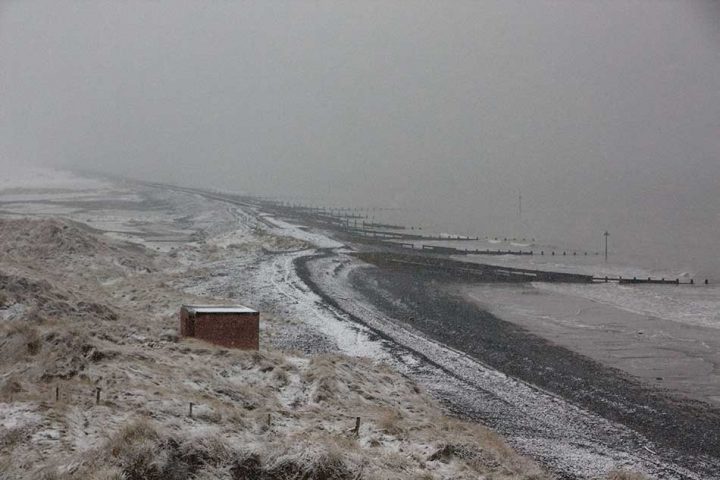 Snowfall on the beach 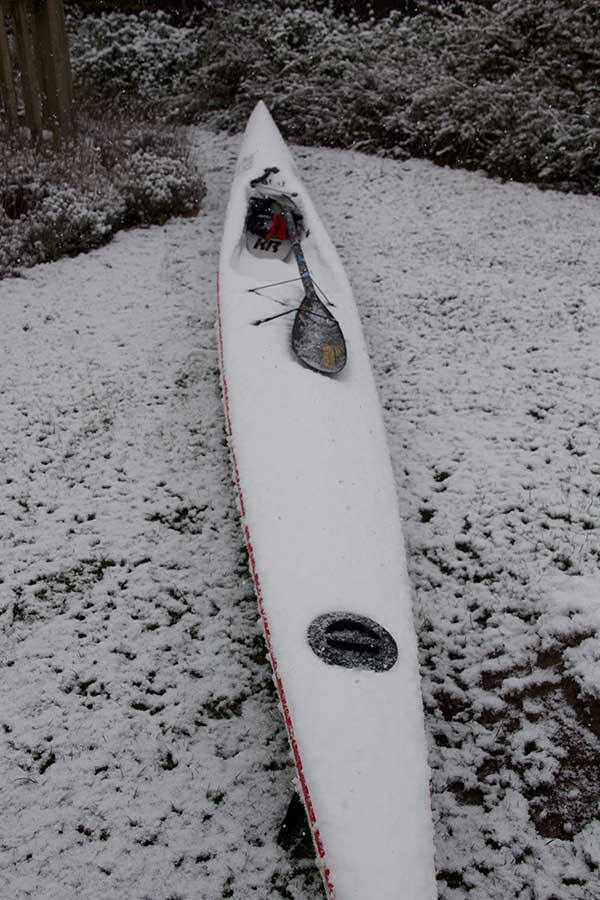