With Anna at band and Morgan surgically attached to his computer it was just me attending the honey show this year. We didn’t really have anything to exhibit though as we didn’t get any honey this year. I did submit a few photos to the photo competition and of course baked the honey cake.

There were loads of people there this year and as usual a good selection of food donated for the buffet. 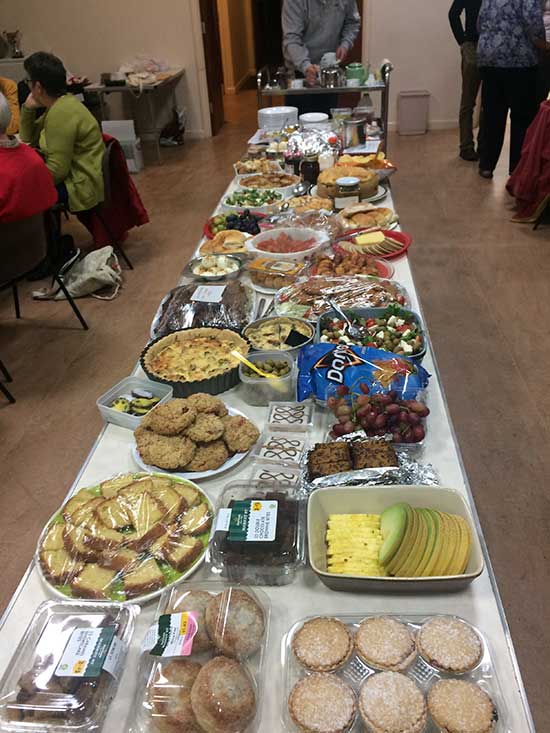 The honey tasting was it’s usual affair with Richard’s honey taking top spot and Ann’s at the bottom – I don’t know what her bees feed on but her honey often comes out bottom of the taste test. I didn’t manage to win anything in the photo competition. I’m never really sure what people are looking at here. I always go for the most aesthetic photos but I guess bee-keepers aren’t really into that and prefer the quirky or unusual rather than the aesthetic. 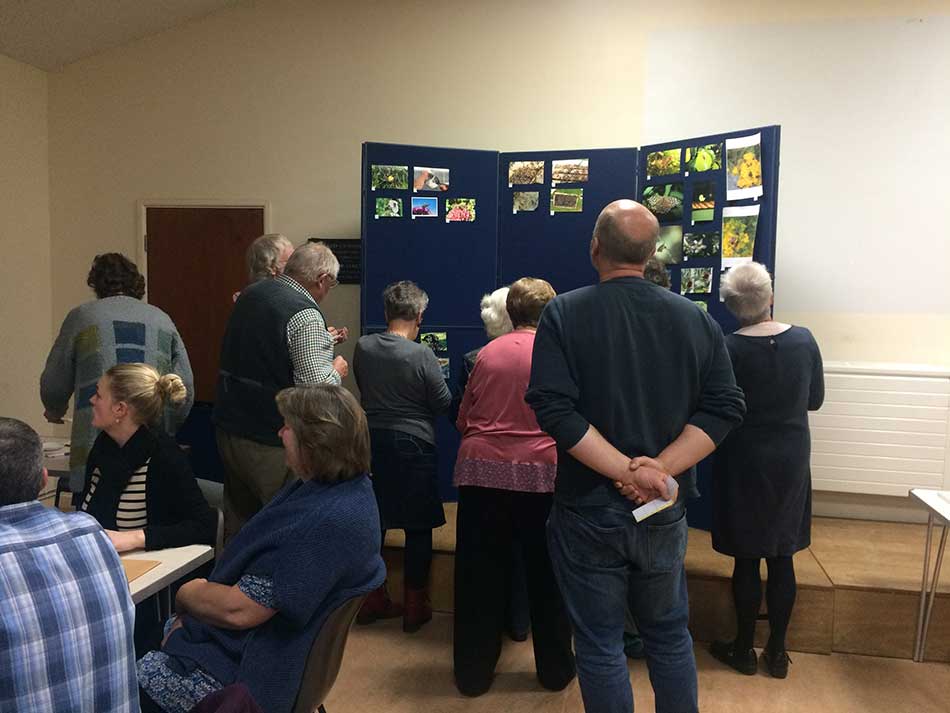 I had high hopes for my cake though. It had come out really well, I thought it was decorated well too. I had followed the brief exactly and had made sure it was exactly the right size and shape (I know the judges can be very particular about such things). I had tasted some of it too and it was delicious. 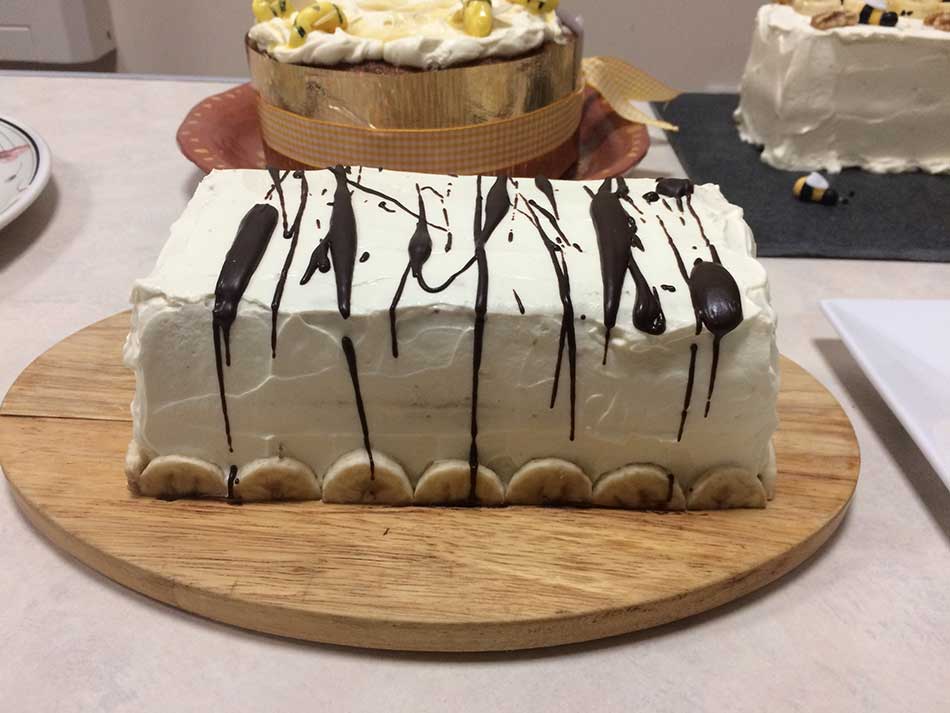 There were a few others that looked OK as well, but some were round not rectangular, another was square and one was decorated with peaches not bananas. 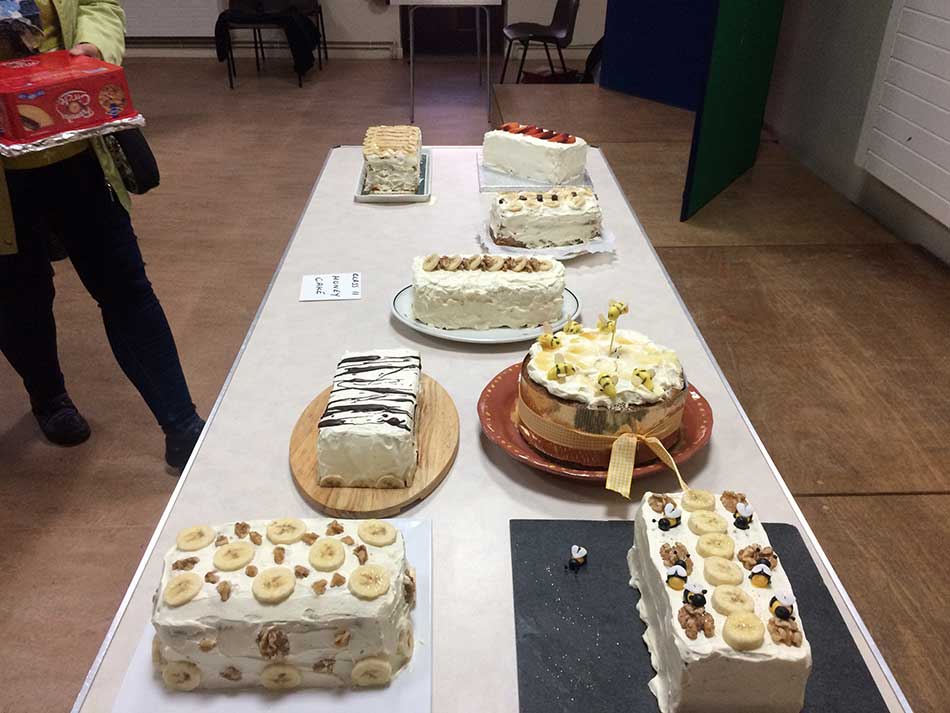 Sure enough, these were disqualified before they even got to the tasting stage. Only those that fitted the brief were cut into and inspected for texture and taste. For some reason mine wasn’t cut into either. After the judging it was decided that this was because it wasn’t decorated with bananas. As you can see, it was decorated with bananas but in my attempts to make it look classy and modern rather than garish I’d only decorated it subtly and it looks as though the judges missed that. My cake was wrongly disqualified before it even got tasted! Oh well, the good news about that was that the judges hadn’t cut it, poked it or prodded it and hadn’t eaten any of it either so I was able to take it home in one piece and we had it all to ourselves!

No prizes for me this year but it was good to catch up with everyone.