Hot on the heels of Ex-Hurricane Ophelia and we have Storm Brian. Not the remnants of a hurricane this time but just a ‘normal’ autumnal storm. Still with winds exceeding 60mph though and West Wales was in for a battering. If anything this was going to be worse than Ophelia as it coincided with Spring tides. It was also blowing in a more westerly direction so would be pounding West Wales with bigger waves and a more sustained effort.

High tide on the beach on Saturday morning was a grey and wet one. Aberystwyth Prom was taking a bit of a beating and there was over-topping along the beach at Borth and Ynyslas. Storm Brian was in full force.

I was going to go for a windsurf but the winds were a little too southerly and the waves out the back a little too big.I waited for it to swing more westerly so that I could sail up and down the beach rather than heading out to sea, but that didn’t happen until later in the day by which time it was a little too late.

There was no sleep for me last night though as the winds continued to blow at around 40 knots all nights. The Borth & Ynyslas weather station was recording gusts up close to 50 knots. 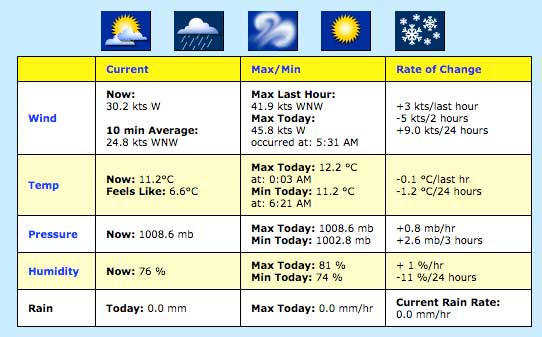 Tiles on the roof were rattling, the extractor fan covers were flapping and the wind howling all night which kept me awake.  It’s nearly 7am on Sunday morning as I write this and it’s still blowing a hoolie out there. Storm Brian continues to rage and is forecast to keep it up for most of the morning and then ease during the afternoon. High Tide today is around 10:15am and is another Spring Tide at 5.1m so seafronts along the coast are in for another soaking. Stay safe out there!