It was Iola’s Christening at the weekend so we headed off to my parents house on Friday afternoon. We had spent some of the afternoon at the Borth Carnival in the sunshine.

Once at my parents house we had dinner and caught up with everyone and planned our day for Saturday. We didn’t plan much but Morgan did decide that he wanted to play crazy golf somewhere – he seems to be on a world tour of Crazy Golf courses! I found that there was a canoe and kayak shop nearby so decided it would be nice to go there. Anna had a voucher for a free box of Thorntons chocolates so she wanted a Thorntons shop. The day was planned with a stop for each of us.

After breakfast on Saturday we headed into Yate to find a Thorntons shop. We did get distracted by other shops on the way of course. Once in Thorntons though they wouldn’t accept the voucher on Anna’s phone – they said they’d only take a paper version. We therefore decided to find a way to get it printed. Eventually we got a print out for 20p at the library and headed back for a free box of chocolates that were worth £7. Success. We checked out a few other shops. Anna bought some things in The Body Shop, I bought some new shoes in Sports Direct and we bought some lunch in Tesco.

Next up was Crazy Golf – or Adventure Golf as they call it at the Bristol Golf Centre Pirate Bay Adventure Golf. We sat in the car eating out picnic as it poured with rain outside. It was only a passing shower though so we were soon on the crazy golf course having fun in the sunshine. It’s quite expensive for Crazy Golf, but it was a fun little course. It even had little rafts across the water features that you had to pull yourself across on. Anna won by one point in the end. 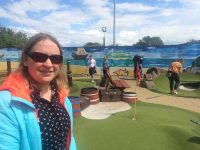 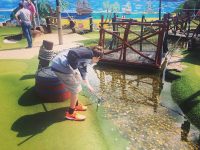 We then headed off to the Canoe and Kayak store which was in a warehouse type building in the middle of nowhere. They had loads of canoes and kayaks though and lots of other things to take a look at. We came away with a pair of wetsuit 3/4 length shorts which I had been wanting, and some air-bag floatation devices for our home-made canoe. We got quite a tidy discount on them too. Now I just need to be brave enough to drill holes in the side of our canoe so that I can attach them securely.

Sunday was the usual early start for me and a run and a swim. Hill reps on the run and then a fairly relaxed swim in the temporary pool in Yate. It was then back to my parents for breakfast and off to the church in Wotton-Under-Edge for Iola’s Christening. 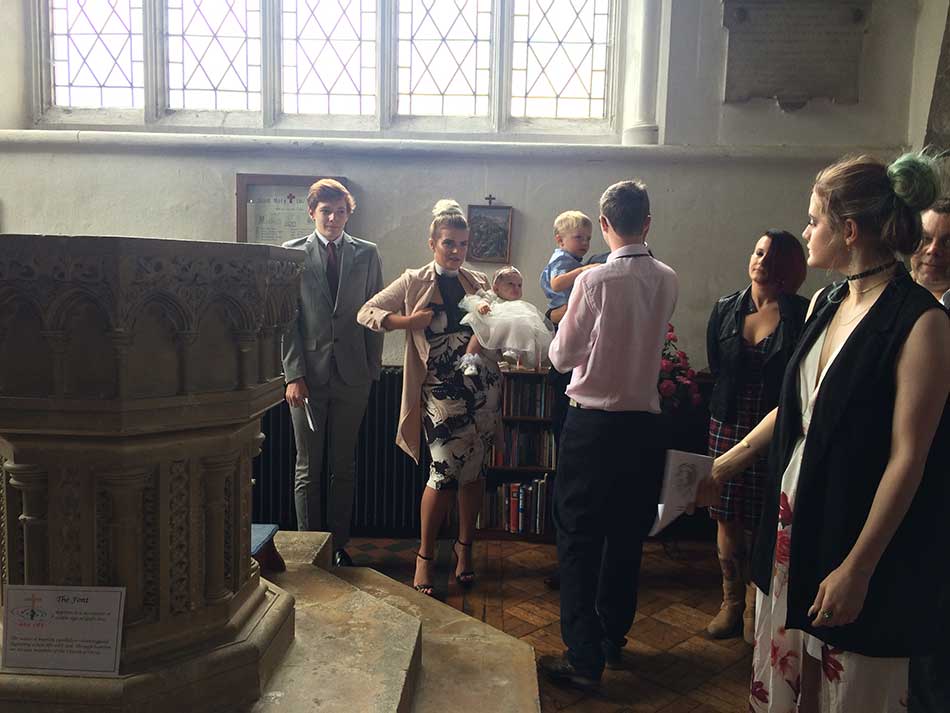 Iola is Kia and Max’s daughter. Kia is my sisters daughter so my niece. I don’t think there is a name for a niece’s daughter, but I did find out that the gender-neutral term encompassing both nephews and nieces is nibling. Ha, a nibling, that’s a good name.

It was a nice day with the sun shining so we sat outside while the children played on toys that were far too small for them! We had to drive home though and were going to head off early but in the end left after many other people.

The usual flying visit but a fairly relaxed one.