Not the best of starts

Our family holiday to Scotland on board Ramsey our VW Campervan was finally here. The camper was loaded with all that we should need, clothes, food, games and plenty of toys and equipment and we were ready to go. Our destination was the island of Great Cumbrae just of the North Ayrshire coast of Scotland. I took the van into Aberystwyth to fill it up with diesel and as I started it up after doing so, the Engine Management warning light came on – terrible timing as it was 5pm and we were due to be leaving first thing in the morning. We quickly phoned Hillcrest Garage in New Cross and the owner offered to stay late so that he could take a look at it for us. We popped out to New Cross and the diagnosis was a blocked EGR Valve. He offered to take it home and clean out the valve for us so that we could be on our way in the morning. After an evening of rushing around the valve was cleaned, the error was fixed and we were ready to leave – phew! 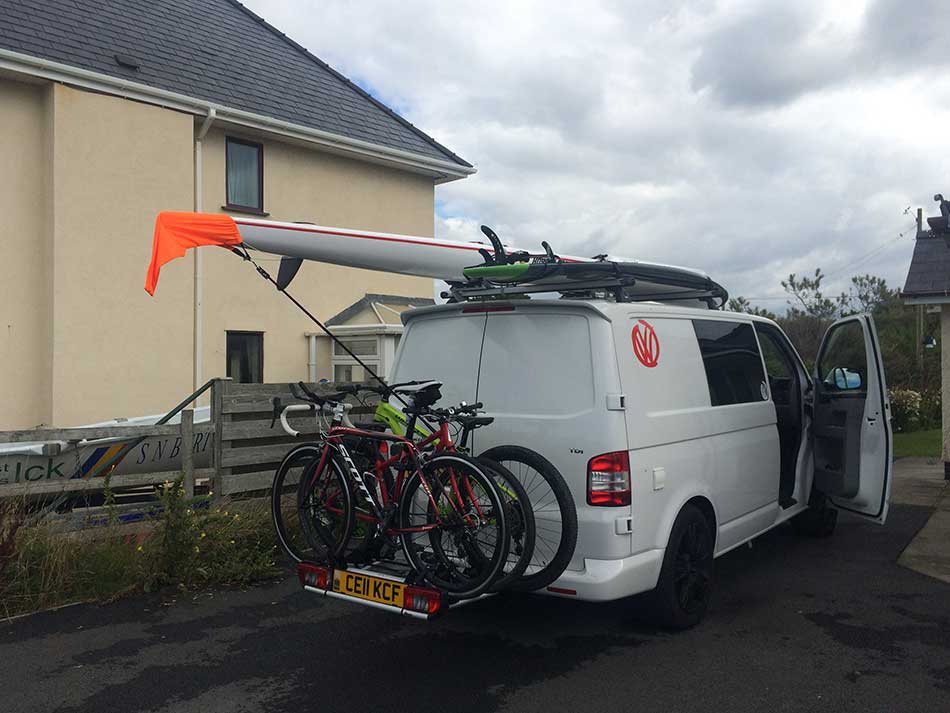 Loaded and Ready to Go

En Route to a Scotland

We had planned to start our journey on Wednesday morning and take a leisurely drive up stopping off en route where the fancy took us. Saying that, we had planned where we wanted to stopover the first night. We planned to still be in England so couldn’t just wild-camp too easily so instead used a Britstop. Britstops are “Free motorhome stopovers all over Britain at farm shops, country pubs, vineyards, and many more interesting sites.” Most of them are in pub car parks and the idea is that you stop at the pub for a meal / drink and then have permission to stay in the car park overnight. I discovered that the Strickland Arms in Great Strickland, a pub we had visited before, was a Britstop so I phoned them, booked a table and a spot in the car park for the night and that was therefore our chosen destination. We took our time getting there though as it was still a 4 hour drive or so.

First stop was an unscheduled one just outside Mallwyd when the Engine Management light came back on and the van went into limp mode. We pulled over, sat there for a while and tried again. The light had gone out, things had reset themselves and we continued on our way. We stopped at Spar for a picnic lunch and then headed towards the motorways. Next stop was Cheshire Oaks Outlet where we had some retail therapy. We bought some shoes, doughnuts and chocolates and used a voucher to get some free chocolates too (Our second box of free chocolate that week!). We spent longer there than we expected and had a good time before heading off once more towards Great Strickland.

We had booked a table for around 7:30-8pm giving us plenty of time and as usual arrived a little early. There were already a few large motorhomes in the car park so we squeezed into the last space and went for a nice little stroll around the village. 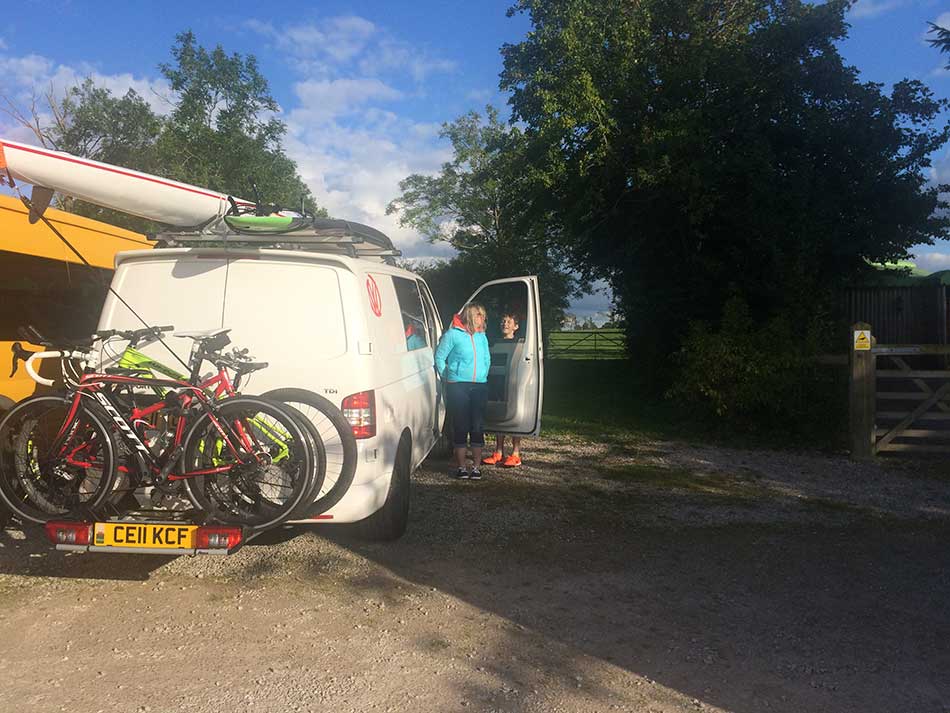 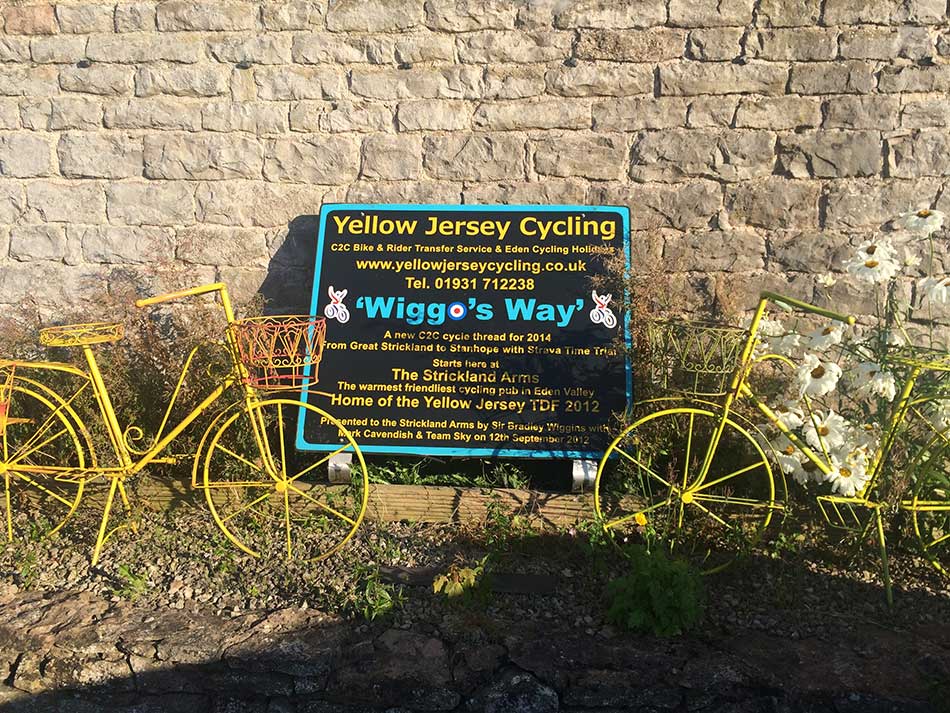 We spotted what had to be the ugliest sheep ever in one of the fields. We then headed into the pub a little early, sat at the table that was reserved for us and waited for them to take our orders. That took quite a while for some reason but I guess we were early. It wasn’t busy though with just two other parties in the restaurant, one a family of around 6 and a table of 4 plus ourselves. Our order was eventually taken and we were looking forward to our food as it was good last time we were here and they have an extensive and quite varied menu. Ann was having Hungarian Beef Goulash, I had plumped for the steak as it was ‘Steak Night’ and Morgan was having a pizza.

The other tables were served their main course / starters. They ate this and their next courses were ordered. Out came their next course and their pudding course and these were consumed and cleared away. Still nothing for us though. We were told it was on it’s way a few times so we knew they hadn’t forgotten about us, but where was our food? Everyone else had ordered, eaten, ordered another course, eaten and left but still we had nothing. Eventually after about 2 hours our food came out. It was tasty, but not as good as we remembered. The portions were smaller, and it didn’t seem to have quite so much care taken over it as it had before. A Shame really as it should be really nice there.

It didn’t take long to eat and we decided against pudding simply because we had already been waiting for ages. I think they were glad we didn’t order puddings either as they now seemed quite keen to get rid of us so that they could close up early for the night. We retired to our camper to find that another large motorhome had squeezed in beside us. We clambered in, prepared our beds for the night, had a hot chocolate and settled down.

The following morning we headed into Penrith where we had breakfast, wandered around the shop, bought some supplies and landed ourselves a third box of free chocolates! We spent most of the morning there before heading off towards the Galloway Forest and the Mountain Bike Trails at Ae. 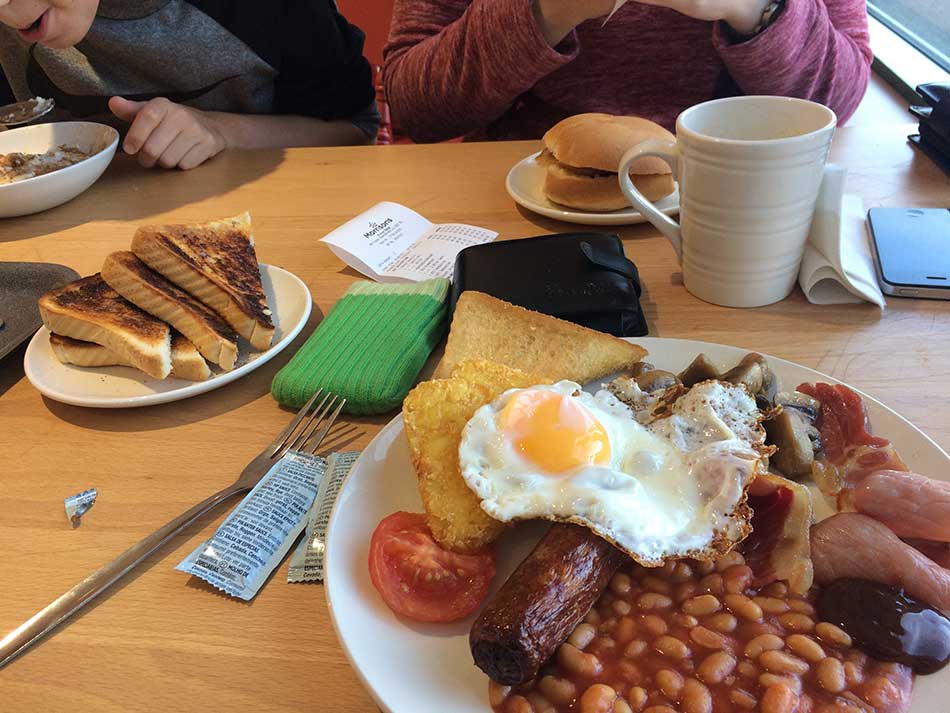 All had been fine with the camper since the warning light had reset in Wales and this continued to be the case. The drive to Ae Forest was nice once we left the motorway and we were soon parked up at the visitor centre. I headed off to ride around the Red Trail while Anna and Morgan had a nice easy walk / ride around the Green Trail. 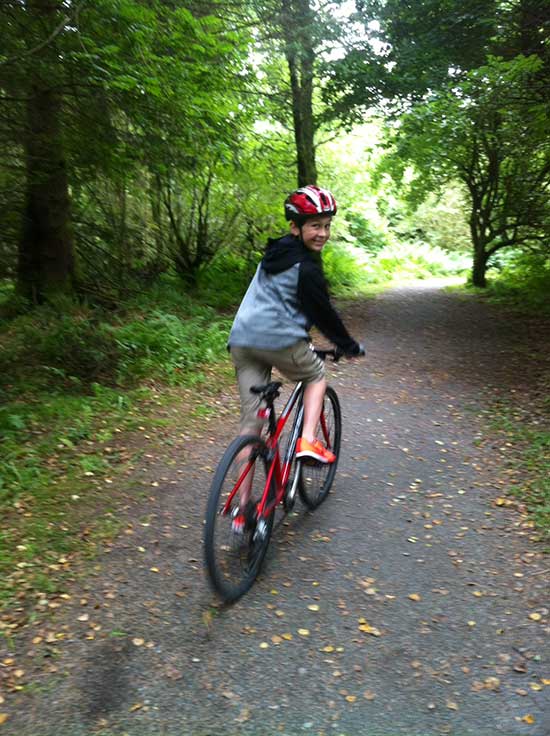 The sun was shining, it was very quiet and we had a lovely afternoon relaxing and riding in the forest.

The red trail turned out to be perfect. nothing too strenuous or extreme but still a fun and varied route through the forest in the shadows of huge wind turbines. I only saw one other group of riders out there. Ther noticeboard said it would take 1½ to 3 hours to complete. I took it easy but was back after 1hr 24 minutes

We showered in the visitor centre, sat in the sofas drinking coffee, eating cake and chatting. Morgan was happy as there was Wi-Fi and we just chilled. Our holiday was now properly underway.

Where to stay for the night?

We contemplated staying there for the night but decided that maybe heading on a little further would be a good idea. We drive deeper into the Galloway Forest. We stopped at Clatteringshaws Loch for a while and took a stroll to one of many ‘Bruce’s Stones’. 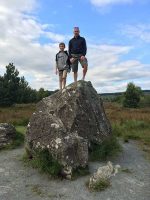 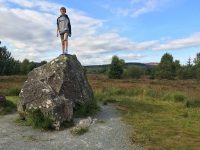 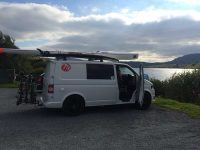 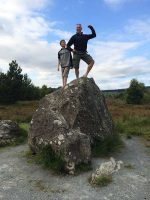 We did think about staying there for the night but instead decided that Glentrool MTB centre might be a good idea as I could then ride some trails early in the morning before the others were awake. On our way there we spotted a nice looking pub called House O’Hill Hotel so pulled in for dinner. It turned out to be really nice so was definitely a good call. The Glentrool Visitor Centre was only just up the road so after dinner we parked up there as clouds shrouded the surrounding hills. I got things ready for the following morning whilst we were attacked by midges and we settled down for the night as darkness fell. 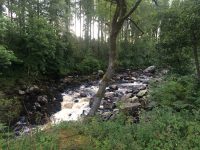 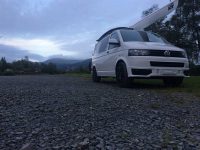 Parked up at Glentrool