I’ve only been talking about getting some deep section wheels for my bike for about 6 years! Many a time I have thought I’d take the plunge and get some but never quite did. I have now finally done so.

Only the best will do

Part of the procrastination was brought about by the fact that only the best will do for me. This means that I start off looking at wheels and before long I’m longing after some that have proven aerodynamics, are super-lightweight and have really nice hubs. This all adds up and soon we are looking at thousands of pounds rather than hundreds. I then have second thoughts as it’s too much money to spend on a set of wheels. This is compounded by the fact that I would want to keep them for best and use them in races only. I therefore wouldn’t really get much use out of them. At this point I generally give up on the idea for a while and stick with the old wheels that came with my bike.

Out with the old

Talking of the old wheels that came with my bike, I’ve never been completely impressed by them. They are Mavic Kysrium Elites and should be fine but I never really liked them. The hubs never seemed to spin as freely as I would like, especially the rear one. The fact that if I turned the pedals backwards while the bike was on a stand the rear wheels would spin quite quickly backwards too had me convinced this was costing me some speed and efficiency. They weren’t great in the wind either. Despite being standard depth rims they had flat-bladed spokes that seemed to catch any side-wind going and they weren’t super lightweight either. This gave them all the disadvantages of deep section rims but none of the advantages.

I really should have swapped them out for something better years ago.

Finally Getting Some Deep Section Wheels

I was finally convinced to get some deep section rims this week this. First I was editing our Weblog book for 2014 and came across some posts about some deep section wheels that I had on loan for a while. Not only were they very nice, but I had done some testing with them and they seemed to make me faster too. I finished that blog post with the following paragraph

Maybe it’s the placebo effect of new kit, maybe it’s an increased effort on my part to get them up to that sweet spot above 23mph, or maybe they are just plain faster, but whatever it is, I’m pretty happy with them. I only wish I’d taken the plunge earlier and splashed out on some better wheels before!

Now, 3  years later and despite saying that I still hadn’t ‘taken the plunge earlier and splashed out on some better wheels’.

Then I had a ride on Tuesday where the wheels felt sluggish so I came home, went online and just ordered a new pair of deep section wheels.

I didn’t go completely mad though, I went for the cheapest ones I could. My thoughts were that I should have done it ages ago so I should now just get a set to replace my existing wheels. It wasn’t a major upgrade, just a replacement of ageing parts. I did of course want something better than I had but didn’t need to go mad. Maybe I can go mad on wheels when I finally get around to getting a Time Trial bike!

I ended up with a pair of 52mm Planet-X wheels. Not the mega-money all singing all dancing wheels that you would expect from me. In fact they are pretty much the cheapest you can get. They aren’t even very deep section by these days standards. But, I will be using them as my everyday wheels so didn’t want to go over the top. They do get good write ups though and should be better than I had before.

I finally have a pair of deep section wheels so I’d better start making use of them. It does of course mean I can’t use my wheels as an excuse anymore. I guess that’s a small price to pay as they do make my bike look better. They may even give it a new lease of life – saving me money in the long run.. 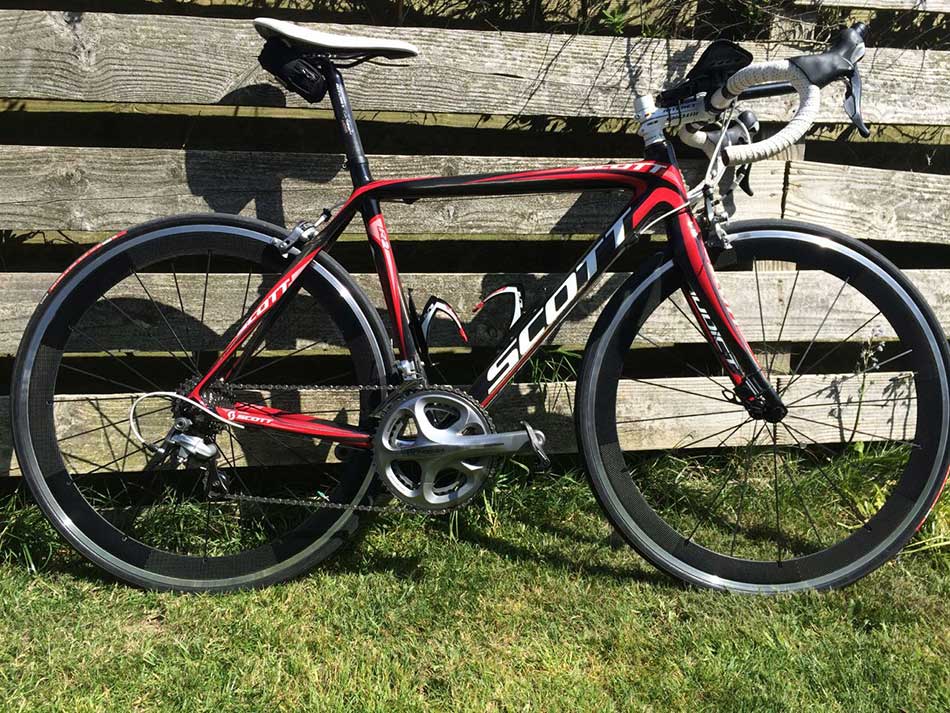