Making the most of the Summer

The forecast for the weekend wasn’t great, butt summer seems to have stayed with us and I’ve been making the most of it! Nothing new there!

Friday evening was spent at the gravel pits in Cwm Rheidol with Aber Kayakers and the the Scouts. The all got on really well with their kayaking and seems to enjoy themselves. We didn’t take any our our water craft with us this year so I was in a tiny little play boat for the evening. Anna was off on a nature walk with the Beavers.

Saturday was forecast to be fairly windy aso I was hoping to get out windsurfing. It didn’t look that windy when I got up but I was determined so headed over to the beach anyway for a quick and not very successful session. I only had my 5.7m sail with me and it wasn’t quite enough to get me going. I did get onto the plane after a while but just couldn’t stay upwind so soon gave up and headed home. 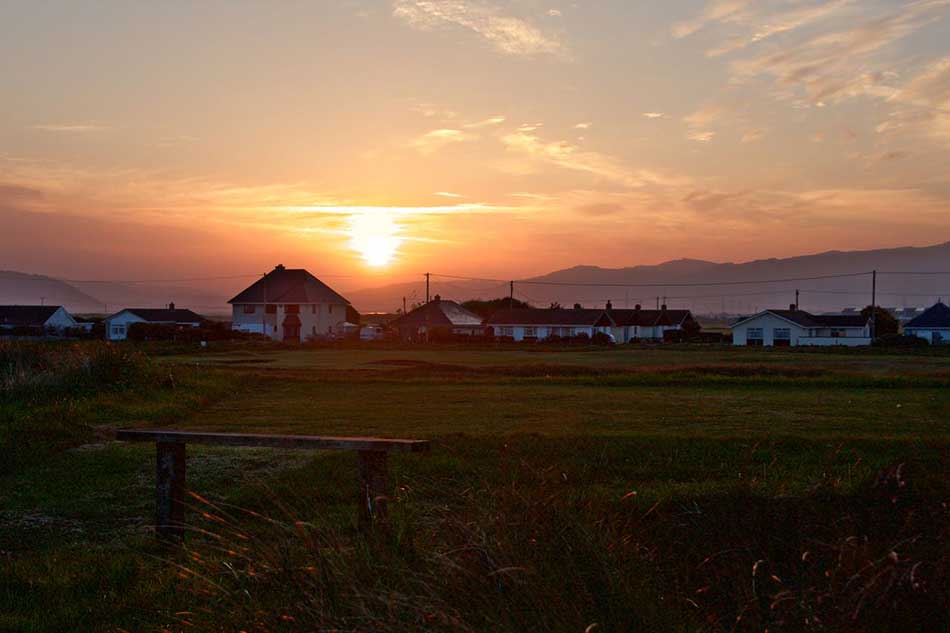 I headed out for a hilly bike ride instead. I had a nother puncture too. I hope it’s not a fault with my new wheels as that’s two punctures now in about 3 or 4 rides. I don’t usually have any punctures and can’t remember the last time I did. Hopefully I’ve just been unlucky.

Back at home and there was time for lunch and to do a few things around the garden and then it looked as though the wind was picking up so I headed back to the beach. Typically when I got there it dropped off again and I nearly didn’t bother as there just wasn’t enough wind on the beach. It looked a little windier out to sea though so I decided to give it a go. This time I rigged my biggest 6.7m sail as well.

Once on the water there wasn’t enough wind in amongst the white-water but once out the back I managed to just about get going properly. I headed quite a way out so as to re-gain a bit of ground upwind where the wind was stronger. I managed to plane all the way back in as well, so gybed outside of the white-water and stayed where there was a little more wind. As I did so, the wind gradually increased and soon I was flying along well-powered, if not a little over-powered at times. Now I could play in the waves too. I was surprised by just how much wind that big sail could handle. 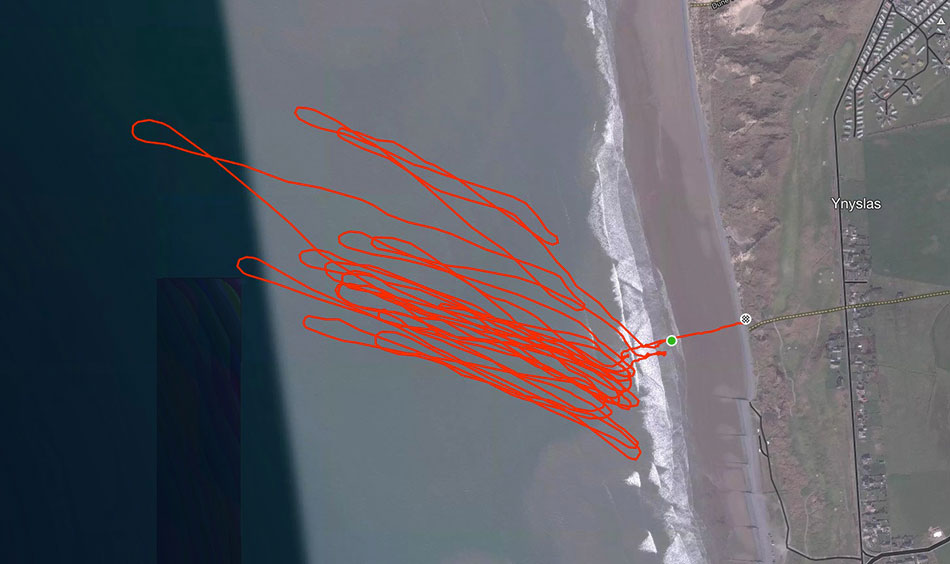 It was then time for a well earned spicery.com meal. Today;s treat was a Californian Date Night recipe which was a bit of a fusion of everything. Sushi for starters, a wrap with chilli beef, guacamole, chipotle sauce and a number of other dressings and then a grapefruit granita with cookies for pudding. All with a nice very citrusy beer from Flavourly.com.

Sunday was supposed to be the worst of the days weather-wise but turned out absolutely gorgeous with blue skies, light winds and quiet beaches. I started my day with a run in the hills. It was pretty hilly as runs go!

Next I loaded my surf ski on the van, drove to few hundred yards to the estuary and then paddled across to Aberdyfi where I met Kevin, Arwel, Owain and Bedwyr for a nice swim along the coast and back. The current was strong but we timed it just right. I of course acted like a big kid by jumping off the jetty too. The sea is warming up nicely now and there have been loads of huge barrel jellyfish around lately. Some were washed up along the beach. 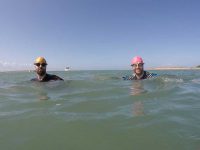 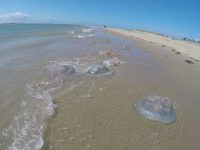 After the swim I paddled back to Ynyslas where I could do a little more work in the garden. I then set to baking a huge ‘jaffa cake’. Essentially it’s loads of layers of marzipan pancakes layered up with whisky and orange marmalade and melted chocolate. All topped with yet more chocolate. Mmm Mmm. A perfect treat after burgers and home made potato salad al fresco whilst enjoying the garden.