Our annual Beekeepers Association day out was to Powys Castle this year. We hadn’t been there for a few years so decided to join in, and took a friend of Morgan’s along for the day too. We all met in the car park, paid our entrance fees and then let Ann sort out the tickets. 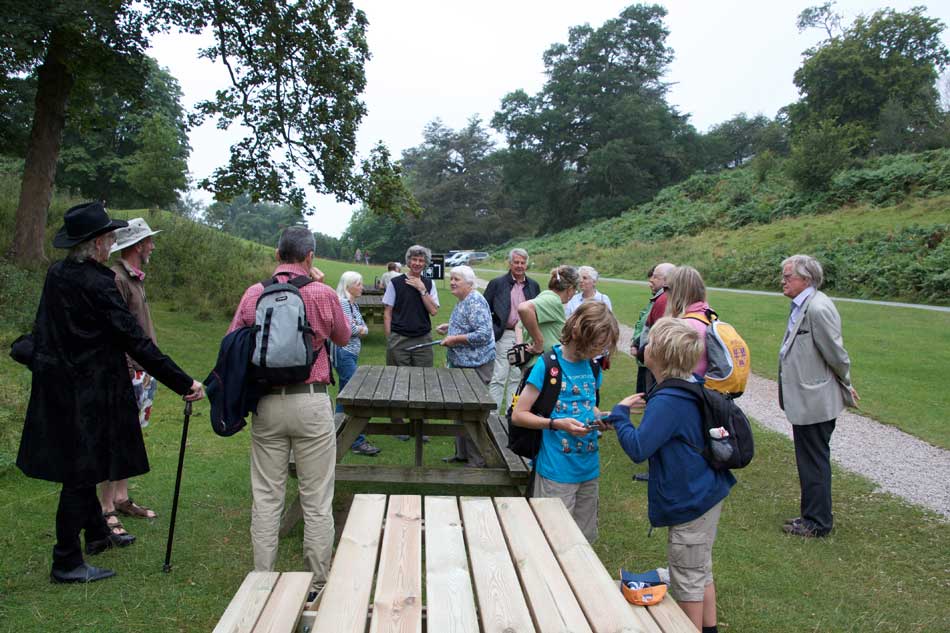 We then all headed into the courtyard where Morgan and Tom were already busy hunting for PokÃ©mon. Everyone else piled into the cafÃ© for coffee and cakes! 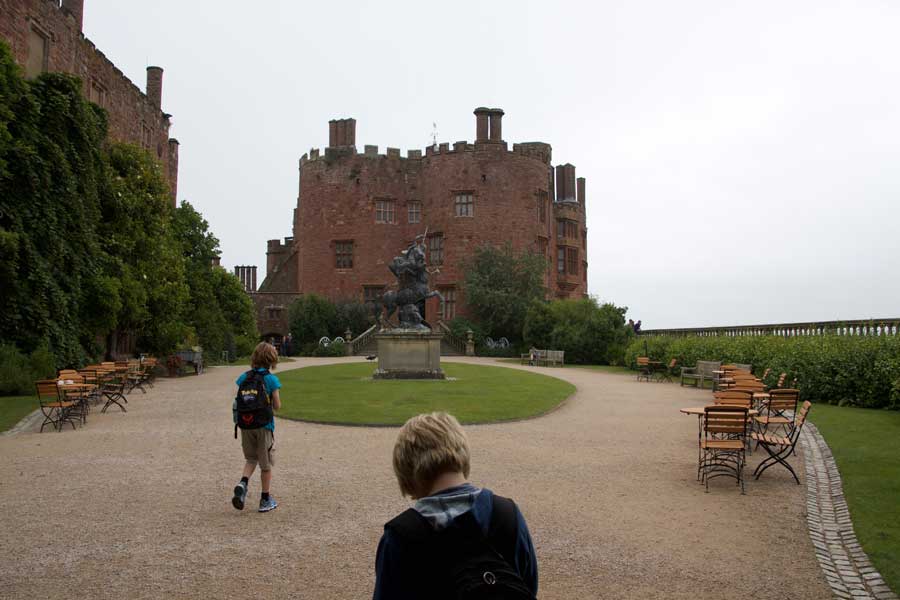 Pokemon in the Courtyard

After the refreshments we all headed off into the gardens. The weather was overcast, misty on the hills and a little damp in the air too, but did try to clear a little later. Morgan and Tom headed off on their own to catch PokÃ©mon and had a fairly good time of it I think. Morgan did manage to catch a couple of Omanytes which were a new PokÃ©mon for us so that was a good start. 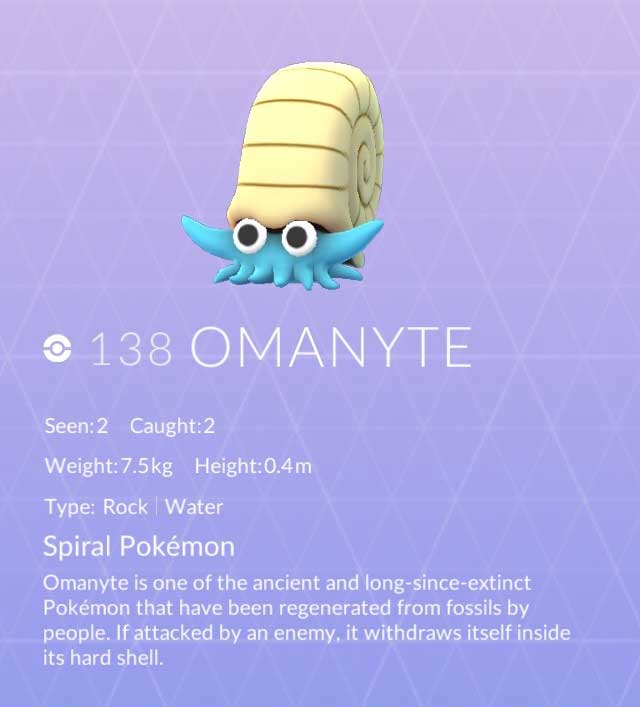 We met up with them from time to time just to check in with each other but for the most part Anna and I strolled around the gardens on our own.

The gardens at Powys Castle are set out as a series of terraces that step down from the castle to the lawns below. The terraces have long borders to either side of flat walkways and provide views out across lawns to the wooded countryside beyond.

Views from the Terraces

Walkways through the Flowers

There are ancient Yew trees just below the castle and huge yew hedges to one side of the terraces. Once through this there is an impressive box hedge walkway down to a nice lawn complete with fruit trees and an arched walkway. Despite the grey skies, the flowers in the borders were looking magnificent and the clean, straight lines of the hedges were impressive too. There were also Peacock, Peahens and chicks roaming around. We have a photo of Morgan under the Arched walkway from years ago so took another one of him here today.

The boys seemed to be enjoying themselves wandering around. I’m not sure how much of the gardens they were actually looking at, and the World War II themed ‘assault course’ on the Great Lawn wasn’t up to much but they seemed to be having fun. We met up with them for lunch on a lawn with deck-chairs.

After lunch we split up again to wander around the gardens some more. Anna and I walked through the woodlands a little too, out to the Old Ice House and around the lake before making our way back towards the castle via the flower terraces and towering herbaceous borders once again. The sun was trying to come out now and there were bees everywhere on the flowers.

We then met up with the boys again  headed into the castle itself for a walk around the ornately furnished rooms and some info on its history. Downstairs they had a World War II bunker set up which was interesting too.

We then headed off to the Coed y Dinas Garden Centre for more coffee and cake. I was going to buy some fish for my aquarium but the fish there didn’t look great. After that it was time to drive home, drop Tom off and head back after a nice day out at Powys Castle.