Westonbirt Arboretum for the Day

Day 3 of our short break in the South West and we decided to head to Westonbirt Arboretum for a day out.

We’ve been here before so headed off in a different direction this time, starting off with a crossing of what looked like a new aerial walkway into the treetops. Anna and Morgan were quite brave to walk along it and Morgan even plucked up the courage to climb to the top of the small crow’s nest overlooking the walkway. 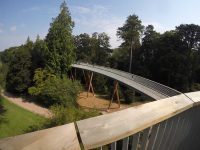 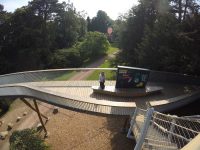 Anna on the Walkway 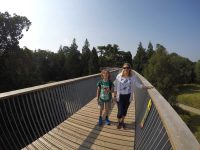 Anna and Morgan at Westonbirt 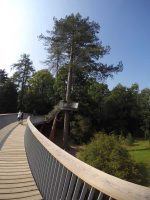 We then continued our walk around the ‘seasonal trail’ through various groves and past loads of trees. The ground as always were well-kept and made for a lovely day out in the sunshine. Once again the sun was shining and the weather was warm which was perfect for a day under the trees. Anna was suffering quite a bit with her sore hands and particularly feet today though so she had to keep stopping at every bench we passed for a little rest to ease the pain. Morgan was desperate for her to get a mobility scooter for the day, but her pride prevented it. 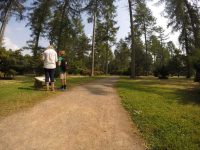 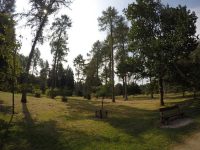 Morgan also discovered the scientific genu name of a pine tree was ‘Pinus‘, which isn’t at all funny to us, but to an 11 year old boy that would be pronounced penis which of course is hilarious! He therefore spent the entire day checking out the scientific name of every tree ion the entire arboretum and shouting “look, here’s a penis”… Boys!!!

We stopped for lunch at the restaurant which comprised of a very nice (and very large) ham-hock scotch egg for me. We couldn’t resist a coffee and fruit scone afterwards as well. 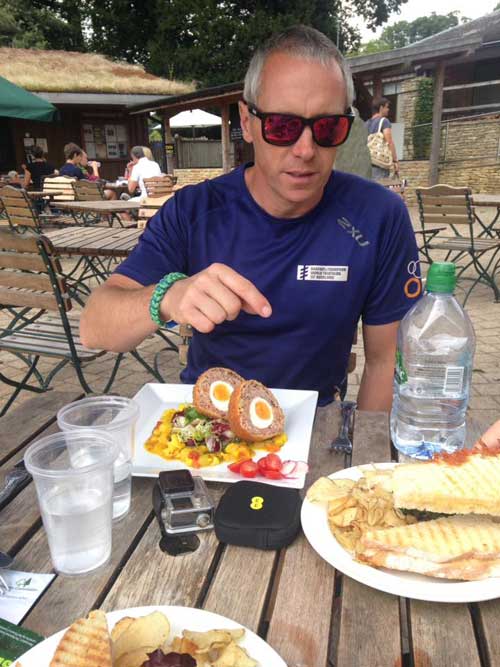 We then wandered around the old arboretum section, following another ‘seasonal trail’. 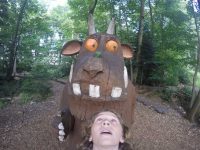 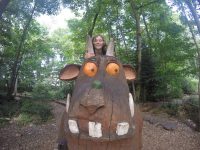 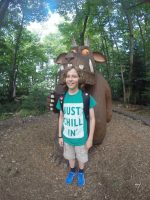 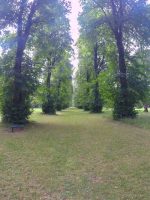 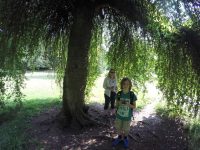 Are there Pokemon here?

Another good family day out in the sunshine. No treasure hunts today, but we did still find some PokÃ©mon. 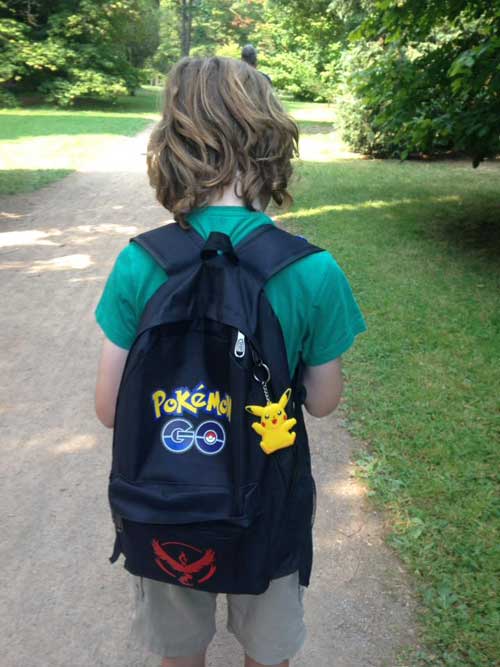