Lots of Bombs at Ynyslas

As a follow up to my post about the Bombs at Ynyslas the other day, I thought I’d post a photo of what the bomb disposal team found this time. 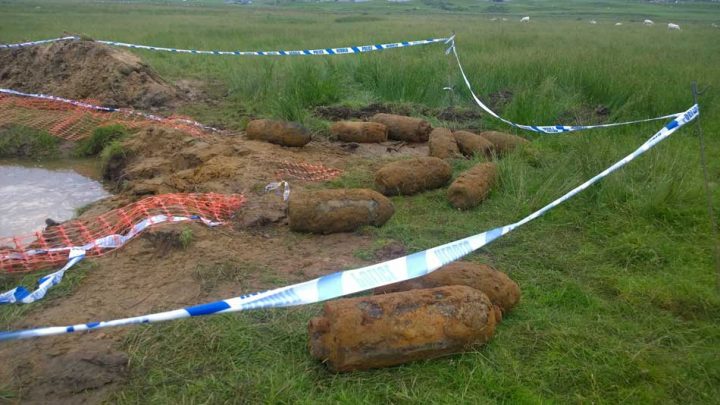 As I said in my previous post, bombs are often discovered on the beach or in the dunes at Ynyslas, but this time they were found in the field behind the houses. Welsh Water were digging in the field during works associated with installing mains drains here and came across a bomb. As far as I know it’s pretty much the first hole they dug and so work had to stop. The Bomb Disposal team, police and fire crew were soon on the scene and then the excavations began. As you can see, they found quite a few bombs in this one area. I can count 11 of them in the photo above. The next day, Aidan, Jackie and their children were evacuated from their house (the closest house to the bombs) whilst the bombs were taken away for detonation and disposal.

I wonder how many more they’ll find whilst digging in the field behind the houses?