I was going to start this post by saying

and then write a list of the Apple software that I use. When I got to the list though I realised that this isn’t in fact the case.

The last of these is the reason for my post today as BusyCal been updated to version 3.0

I do like to keep my software up to date where I can and there are a few apps that I look forward to being updated. BusyCal and BusyContacts from the people at BusyMac are two of these, along with any Apple software and my coding app of choice Coda. So a new update to BusyCal that was released today was quite exciting. I didn’t hesitate to update despite the fact that this was a paid update. The usual price is $49.99, but the upgrade price for previous owners of BusyCal 2 was $29 which worked out at just over £25. You can buy it, upgrade it or download a 30 day free trial from this BusyCal Download Page. 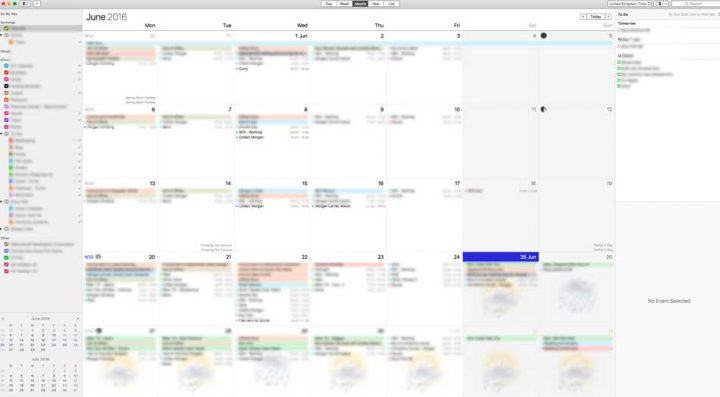 BusyCal, as it’s name implies, is calendar software and a direct competitor to Apple’s built in Calender app. I’ve been using it for a number of years now in place of the built in Calendar app and it has worked flawlessly. The developers have been good with any support queries too which is always good. I can’t quite remember what it was that won me over from the built in app but it must have been something. I have tried to go back to Apple’s Calendar app a few times when new versions are released. The ‘travelling time’ feature in the OSX Mavericks release nearly tempted me back but I’ve always ended up defaulting back to BusyCal.

The new version 3 brings it back up to date with Apple’s Calendar app though so now there should be even less reason to revert back to Calendar. Version 3 of BusyCal adds the same travelling time feature and brings with it a new, cleaner, more modern design.

The Look and Feel 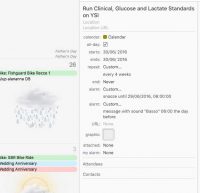 The overall look is a little cleaner and fresher and a little less cluttered, but to be honest it’s not a huge change. It’s a calendar app after all so it has to display a calendar and there’s only so many ways of doing that.

As an info-junkie I like to see everything at a glance and the ‘Month view’ is my preferred view. You can of course easily switch between this and week views, day views, yearly view and list views. You can also customise the number of weeks shown in the month view, the number of days shown in a week view and the hours shown in a day view. None of that is new though, but the look is a little fresher. In fact, now that I come to think of it, I think it was this customisability that won me over from Apple’s Calendar app in the first place.

Apparently the info panel has been completely redesigned as well, but once again I didn’t notice a huge change here. I did used to have a problem with the info panel resizing itself or hiding itself so hopefully that has been fixed – so far so good, but I’ve only used it for a day or two so far.

To-do’s are integrated into your calendar and new in version 3.0 is support for timed to do’s. This means that you can assign times to your to-do’s now not just dates. These to-do’s will be displayed inline with your calendar events for a particular day but also in the to-do info panel. 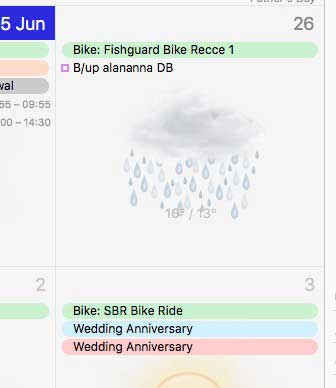 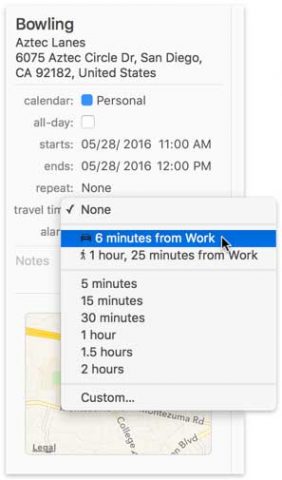 This is the big new feature really. It’s one that I requested when OS X Mavericks came out back in 2013. The BusyMac support team said they would work on it and now finally BusyCal 3.0 has it. I’ve yet to try it out properly, but if you enter an event and a location for that event BusyCal 3.0 can automatically  determine your travelling time to that event using the integrated support for Location Services and Apple Maps. You can even receive alerts when it’s time to leave as traffic conditions change. It probably isn’t something I’ll use much but it’s a nice feature to have.

BusyCal 3.0 has  completely redesigned Menu Bar app which now displays a navigable mini-month calendar with coloured dots and bars that provide a visual density map of your availability. A scrolling list of your events and to dos are displayed in the menu along with a 10-day weather forecast. You can click on an event in the menu bar to view its details, and create new events and to dos using natural language. It’s now a competitor to Fantastical.

All of the other features from previous versions of BusyCal are still there:

Everything essentially works as it did before. BusyCal 3.0 is a great calendar app and still my favourite for the Mac, but I am a little disappointed in the update. £25 for what is essentially a small change in the design of the app and the addition of a travelling time feature and timed to-do’s seems like quite a lot. I realise that the developers need to make money so can’t just release new features for free but there also isn’t really very much new in this version – not much that I can get that excited about anyway.

If you haven’t used it before then it is definitely worth looking at, but if you already have version 2 then the upgrade isn’t life changing by any stretch of the imagination.

Also new though is BusyCal for iOs with all of the above features in a mobile format. I’ve got it (another £3.99) but it is nice. Similar to the built in Calendars app on iOS, but better and without all the duplicate entries I seem to get in Calendars. I don’t know why I get them, but every event seems to be repeated 4 or 5 times in Calendars and I can’t get rid of them. The fact that BusyCal doesn’t do this is worth the £.99 to me. In fact, this might be the biggest news of the BusyCal updates.