Don’t worry, Ynyslas hasn’t become the latest terrorist target, but we do often get bombs exposed here and so see the Bomb Disposal Unit here detonating them fairly often. These are usually found on the beach or in the dunes and if deemed live, the Bomb Disposal Squad explode them. Often the first we know about it is when we feel the house shudder and hear the deep boom of the explosion.

We can then sometimes see the aftermath as a crater in the sand. 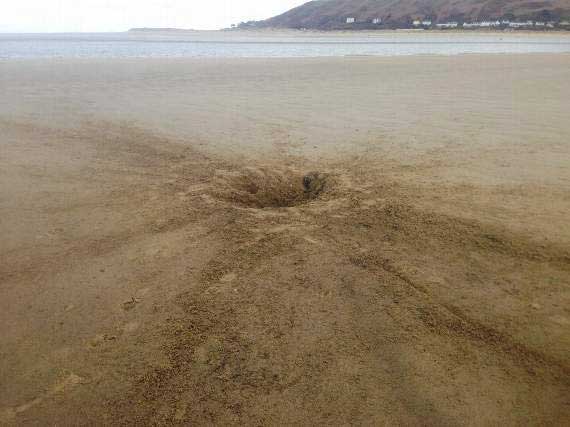 There have been quite a few so far this year and the Cambrian News have a photo of one being exploded. 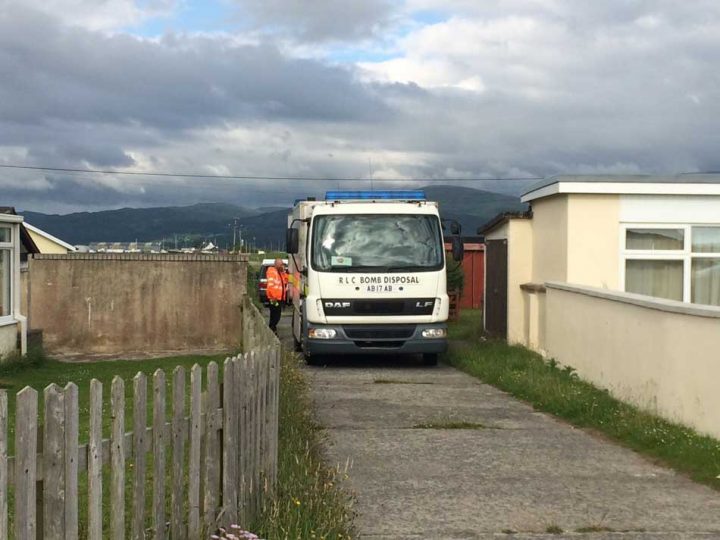 The Bomb Disposal Unit were out again in Ynyslas on Tuesday. This time the bomb seemed to be behind the house rather than on the beach so there were a few more emergency services involved. Police and Fire Engines accompanied the Bomb Disposal Unit and so far we haven’t actually felt the explosion, so I’m not sure what’s happened to it. It’s only just down the road though, next to a neighbours house. Hopefully it’s far enough away from ours that it won’t be a problem.

Why so many bombs at Ynyslas? During World War II the sand dunes were used as a top secret missile testing range. The dunes were closed to the public whilst army researchers attempted to create a missile that was capable of matching the Nazi V2 rocket. I don’t know if they succeeded, but there seem to be lots of bombs that didn’t get far from Ynyslas!