En Route to The Lakes

At last, after a busy few weeks we were due for some rest and recuperation and the day had finally come for a trip to The Lakes.

We couldn’t leave too early as we had phone calls to take, but we were on the road by 10:30 and apparently it would only take 4 hours to get to Penrith.

The journey through Wales was uneventful, except for the fact that Cadair Idris was looking majestic capped with snow. We soon left Wales behind us and joined the motorway looking out for somewhere to stop for lunch. We had planned to stop a little later as well at Mere Sands Wood Nature Reserve. However, we found ourselves almost there before we’d stopped for lunch so popped into a Spar and had a picnic lunch at the Nature Reserve instead.

Geocaching in the Woods

We then headed off for a leisurely stroll around Mere Sands Wood and found 6 geocaches on our way. We stopped at a couple of the bird hides too. 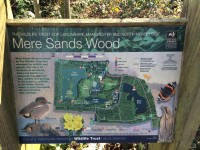 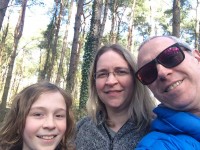 Selfie in the Woods 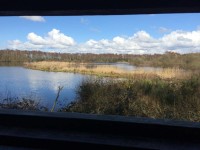 View From the Hide

It was a nice little break from the drive and with only 90 minutes left to Penrith the next part of the drive wasn’t too daunting especially as we were now driving through the Lake District. We soon arrived at Penrith and checked in at our Travelodge before heading into town. We had a little stroll and then went into the Board and Elbow for what turned out to be a very nice pub meal. We were tired out by now so stopped off at Booths supermarket for some supplies and then headed back to our room for an early night.