Morgan and I went geocaching again after school on Thursday. I’d already got an FTF on a puzzle cache on the way to school and did a quick cache and dash near to Gogerddan woods. Then after collecting Morgan from shcool we drove to one of my favourite little woodlands just outside of Bow Street where we did some more caches.

The first two were part of the Alphabet series (U and I) and were nice easy finds. The third one was supposed to be more difficult, but other than the fact that we took a short cut to it by scrambling over fallen trees and through brambles rather than following the path it was fairly easy to find.

We spotted some nice moss covered fallen branches with mushrooms on them on the way there and a fairly large apiary not far from the cache too. 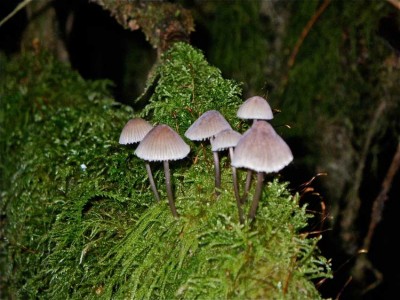 Another 5 geocaches to add to our geocaching stats.