This one almost slipped by unnoticed, but it has just come to my attention that the geocache that I did on top of Moel y Garn in a howling gale was geocache number 700 for us. At least it’ll be one I won’t forget in a hurry I guess. Not only were the conditions pretty extreme up there when I did it, but I had missed out on finding it a couple of weeks prior as I had been forced off the hill by a white-out in a snowstorm. Mind you, it was probably a good thing that I didn’t know it was geocache number 700 on that first attempt otherwise I might have pushed on in order to find it. 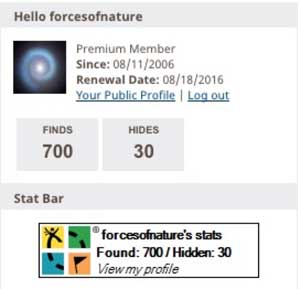