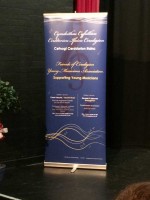 Morgan’s school were being well represented at the Ceredigion Urdd Eisteddfod this year and Morgan himself was playing a solo on his cornet and in a brass ensemble. We all therefore went into school and work for a few hours on Friday morning and then headed off in the car to Theatre Felinfach, about an hours drive away.

We had expected Morgan’s solo to be at around 1:30pm so aimed to get there sometime between 12:30 and 1pm. As usual we were early and arrived sometime around 12ish. It was lucky we did as Morgan and his two friends from school who were also playing solos just had enough time for a quick snack, a quick tune up and they were on. There class started at about 12:30 so we sat in the audience and watched. They all did really well, as did all of the other children in the class. We knew a few of them as some of them are our Scouts. Some, including Morgan looked really nervous but they all held it together and played well.

After the solo brass class was done we went back outside to find the boys, and had coffee and cake from the little teas shop there. We then had a long wait until the others from Morgan’s school turned up ready for their next performance as a brass ensemble. The results of the solo brass class were soon announced and Morgan had come second. We’re all pretty pleased with that and he deserves it as he’s been putting in a lot of practise lately. The feedback he got was good too. 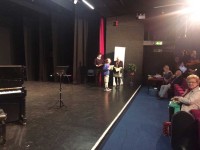 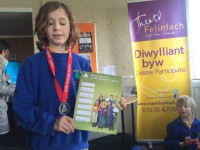 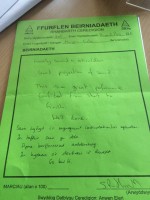 We thought that the brass ensemble class would start at around 3pm which would give us plenty of time to see them in action and then head home, get changed, have a quick dinner and head off to Scouts. Once we saw the actual programme though and saw how many classes there were, it started to become apparent that we were in for quite a long wait. more cups of coffee and cake later and 5pm came and went and still they weren’t ready for the brass ensemble. Phone calls were made to make new arrangements for Scouts as there was no way we were going to be able to get home, get ready and get to Scouts for 7:30pm. 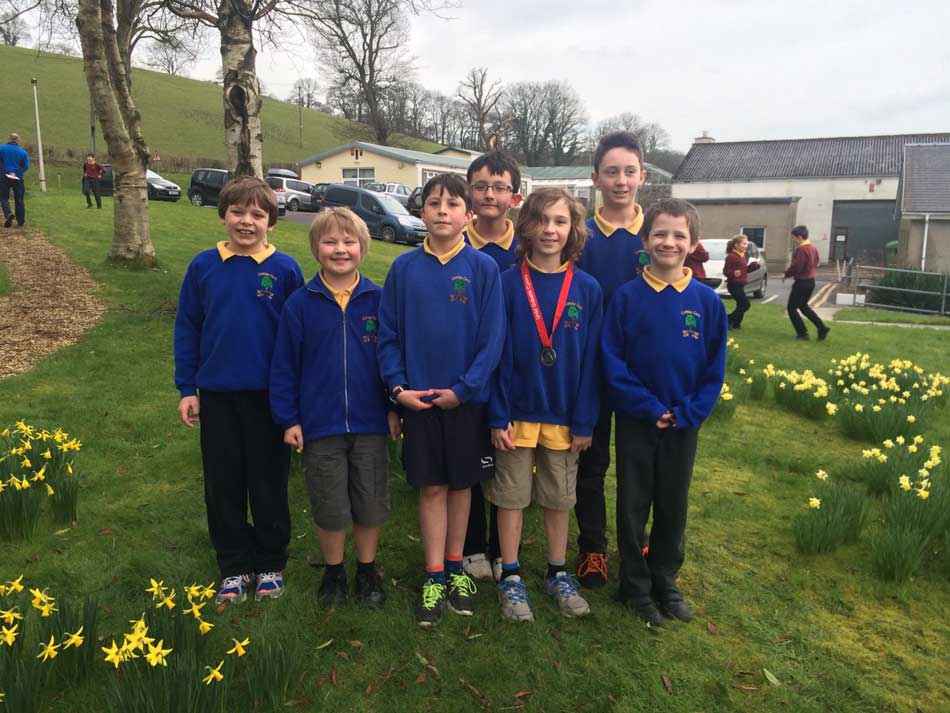 Eventually at just after 5:30pm it was time for the ensembles. Morgans group headed off to get ready and we went into the concert hall to watch their performance, and of course the others in the class too. As before they all did really well, some were a little more rehearsed than others as far as coming onto and off the stage was concerned but as before they all did well, all seemed to enjoy it and all looked a little more relaxed than when doing solos!

It had been a long day and was dark outside by now, but finally after lots of good performances we were heading home. We stopped off to do some shopping for Morgan’s birthday party and then dropped James off and eventually got home. A few parents had stepped in at the last minute to run Scouts for us which was good as we didn’t get home until gone 8pm, just enough time to cook and eat and finally site down before heading off to bed ready for a hectic weekend of birthday parties, laser-tag, visiting cousins and bike rides. Mind you, there was an answer-phone messsage from the laser-tag company telling us of a last minute change in venue, so before we could go to bed there was some frantic phonecalls to be made an emails to be sent so that all the invitees could be informed of the changes.