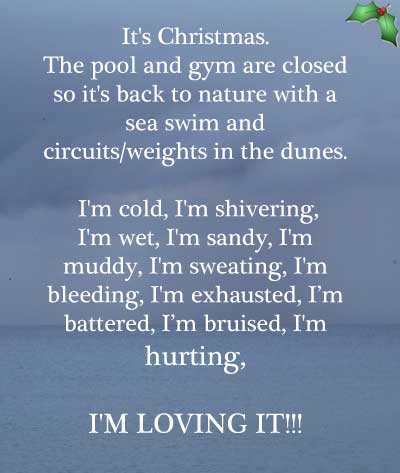 With Christmas Eve here, it was time to try to tire Morgan out a little so that he’d be able to get to sleep tonight before Santa came. I couldn’t sleep for some reason again so was up early, and Morgan was up quite early too, but we had some plans. So, after breakfast I jumped into my wetsuit and headed down to the estuary for a swim in the sea. It wasn’t too cold really and I was perfectly comfortable in there, but it was a little boring on my own and the visibility both above and definitely below the water was terrible so I didn’t stay in for long.

Back at home, Morgan was ready for me so I put on some running kit and we headed across to the dunes for some ‘caveman circuits’. This consists of running around the dunes like fools, running up and down the dunes, doing squat jumps up the boardwalk steps, lunge walks, burpees, press ups, tricep dips, planks and them throwing large pebbles up and down the dunes too. All good fun even in a howling gale on Christmas Eve. Morgan seemed to enjoy himself, but he should do it more often as he’s not as fit as he used to be – either that or he just lacks motivation and doesn’t try as hard as he used to. What should I expect from a 10 year by really!

After that little lot I donned my walking gear and headed off to the hills. Again, it was blowing a gale and looked as though it would rain so I had all my waterproofs on but the rain held off. It was very wet underfoot though and I managed to find plenty of bogs as I walked up the hill to the south of Artists Valley and then went cross country first to the peak of Foel Goch where I found a geocache, and then off to Foel Ddu for a second cache before descending back to the car. 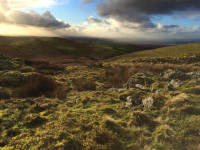 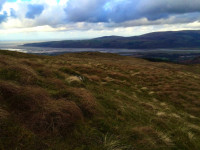 As you can see, it was fairly cloudy with the odd sunny spell so not at all festive weather, but I did at least see some Christmas Trees. 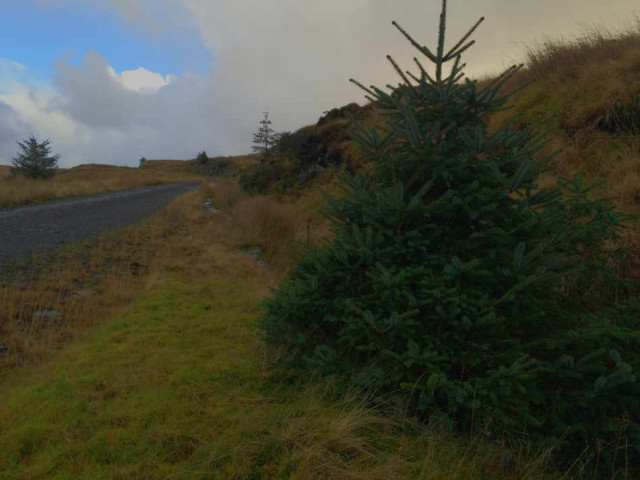 That takes us up to a total of 690 geocache finds, and 150 finds this year – exactly he same number as we found in 2014, so only one more to go in the next few days to get a new annual record.