I had a fun little estuary adventure on Wednesday. My day started with an early morning swim from South beach in Aberystwyth out around Castle Point and back onto North beach with Graham, Helen, Richard, Mike and Victoria. I do think I picked the wrong activity though because as I left the house to drive into Aberystwyth Ivor, our local katabatic wind, was blowing his socks off so I could have gone windsurfing. Then, when I got to Aberystwyth the surf at The Trap was going off big time. If only I still had my van as that would have meant that I would have had my surfing kit with me, but I only have a car now and therefore only had my swimming stuff with me, so off for a swim I went.

I then had an early 7:30am start at work, finishing as usual at 3pm so that I could collect Morgan from school and we could head to the beach for a surf. The surf had eased off quite a bit by now but there were still some waves to play on, even if it was now pouring with rain.

The wind did ease off later though allowing me to head off in the sea once again for an estuary adventure. Some friends from Cerist Triathlon Club were planning to go for a sea swim from Aberdovey at around 8:45pm so I decided to Stand-up Paddle Board across the estuary, join them for a swim and then paddle back. The paddle out towards the point was quite nice, there was a little bit of a tidal flow to battle against but other than that it was calm and fairly easy going. Once out beyond the point though it was clear that there was still quite a swell running so things got a little lively. The waves eased off once into the main channel though but I now had a fast incoming tide to contend with meaning I had to paddle hard into it whilst angling towards the beach so as to make it to the beach and not get swept further into the estuary. I made it though and it only took 26 minutes to make the crossing. Much quicker than going by car. 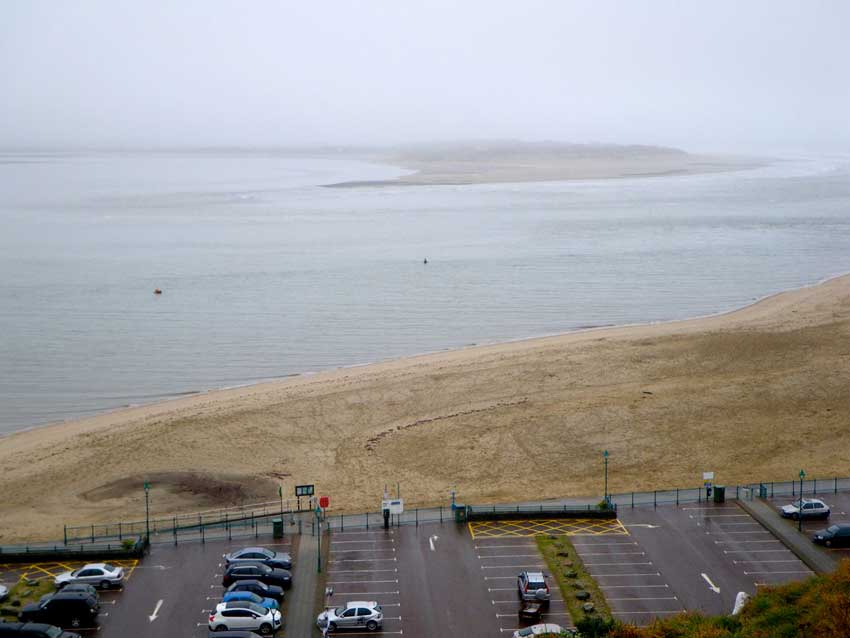 The Estuary Crossing from Aberdovey

I joined the others for as pleasant little swim, again battling against the currents much of the time and then started to make my way back. The tide had turned now so once again I was paddling into the current, the swell had dropped a little though or at least it wasn’t making it into the estuary any more, but the wind had picked up and thunder storms were threatening. With the wind and the tide trying to turn me, I had to paddle all the way back only taking strokes to the left side of the board. No swapping sides and therefore no rest, just one big effort to the left hand side. It was also getting a little dark by now which only added to the adventure.

I was soon back on dry land though having had an action packed day yet again.